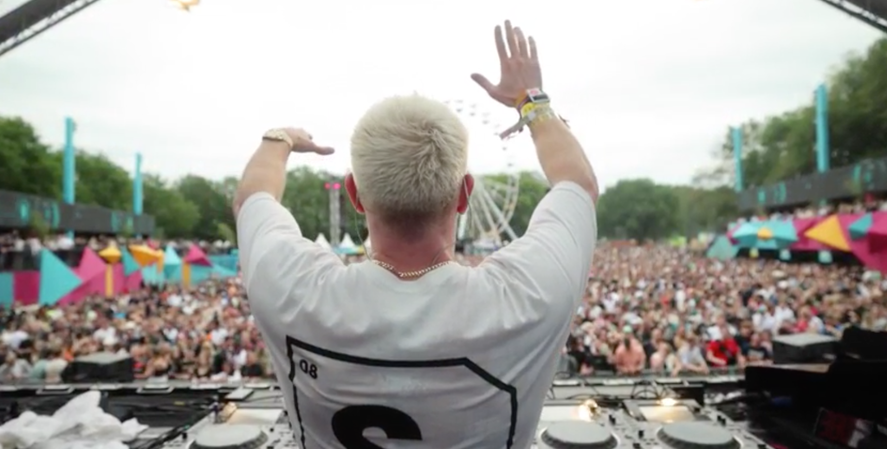 James Hype and Miggy Dela Rosa have unveiled the invigorating official video for their collaborative hit ‘Ferrari’, out now.

Shot at Dutch weekender Freshtival, the official video for ‘Ferrari’ offers an exhilarating fly-on-the-wall insight into one of James and Miggy’s show-stopping live performances – and the similarly ecstatic reaction it generates from the crowd.

A certified smash single, the track has racked up 60 million Spotify streams and 3000 radio plays across 80 stations, as well as peaking at #144 and #10 in the respective UK Spotify and Shazam Global charts. The climbing hit has achieved #1 in Netherlands, #2 in Belgium, and Top 10 in Germany, and now having its moment in the UK as it continues to grow week on week on the official charts.

One of the UK’s most successful artists, James Hype propelled onto the scene with platinum-selling, UK ‘Top 10’ debut single ‘More Than Friends’, racking up hundreds of millions of streams and later remixing tracks from chart toppers Joel Corry, Clean Bandit, Mabel and many more global talents such as Meduza and Bruno Mars.

Hailing from North London, Miggy Dela Rosa’s first EP ‘Wilderness’ was released on his birthday in the summer of 2017. Showcasing his unique mix of pop and neo-soul, lead single ‘Flesh’ racked up over 10,000 Soundcloud plays, and he has since worked with a string of prominent artists, such as Sigala, Mika and Arrow Benjimin.

One of the biggest tracks of the year is set to get a whole lot bigger – check out the video here.