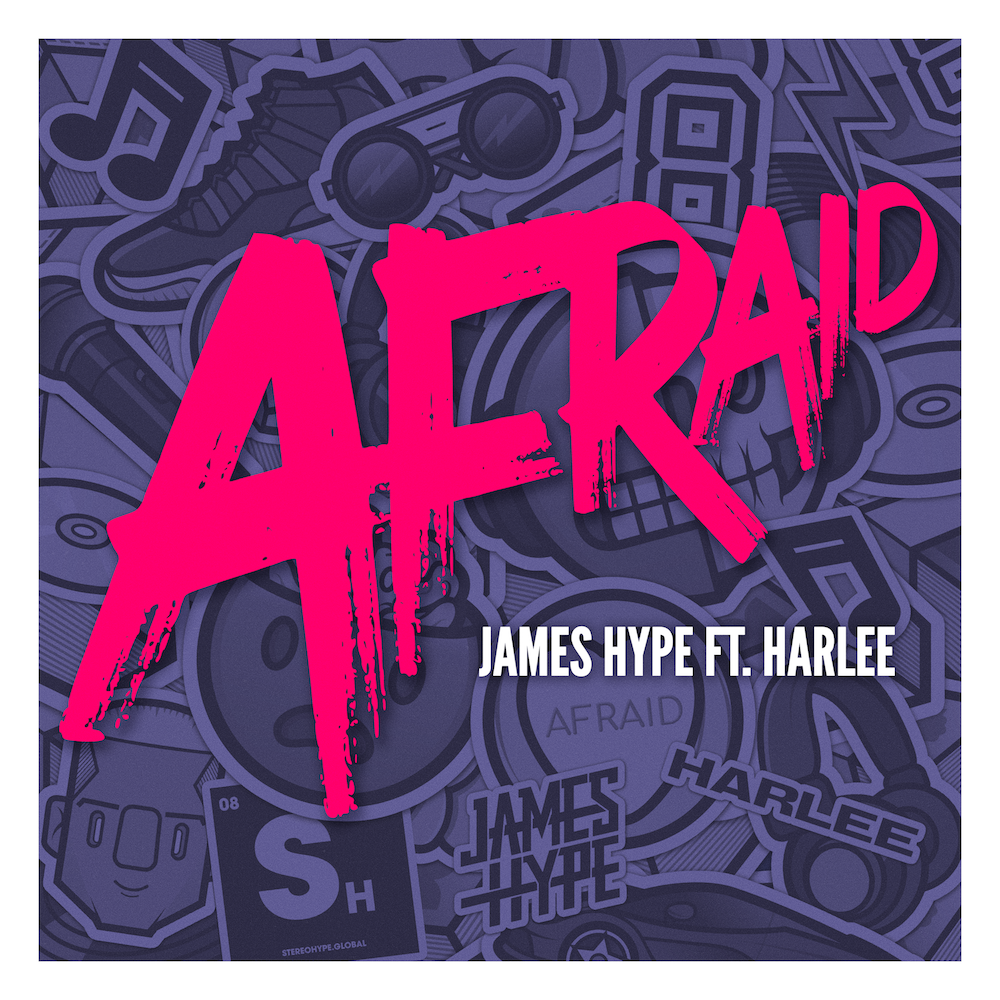 “I’m really excited to get ‘Afraid’ out, as I feel it is a massive evolution for me as an artist, especially working with someone as talented as HARLEE on something fresh and new, but with a little more depth than people might expect.” Hype adds around the record.

One of the UK’s most successful artists, James Hype propelled onto the scene with platinum-selling, top ten debut single ‘More Than Friends’, racking up hundreds of millions of streams and later remixing tracks from Rita Ora, Clean Bandit and Mabel. His last major release, a collaboration with Craig David, ‘No Drama’, has amassed 59 million streams on Spotify alone.

Something of a 2020 breakout star, HARLEE is best known for co-writing as well as lending her stunning vocals to the Joel Corry smash ‘Lonely’, the fifth most played song on UK Radio this year and over 17 million YouTube hits.

His first release of 2020, ‘Afraid’ sees James Hype return to the forefrontin a continual evolution of the limitless energy harnessed in less than 3 minutes of music he has become synonymous with.