“It’s Very Healing to Be Creative Through Music. It’s Like Meditation…” – wAFF 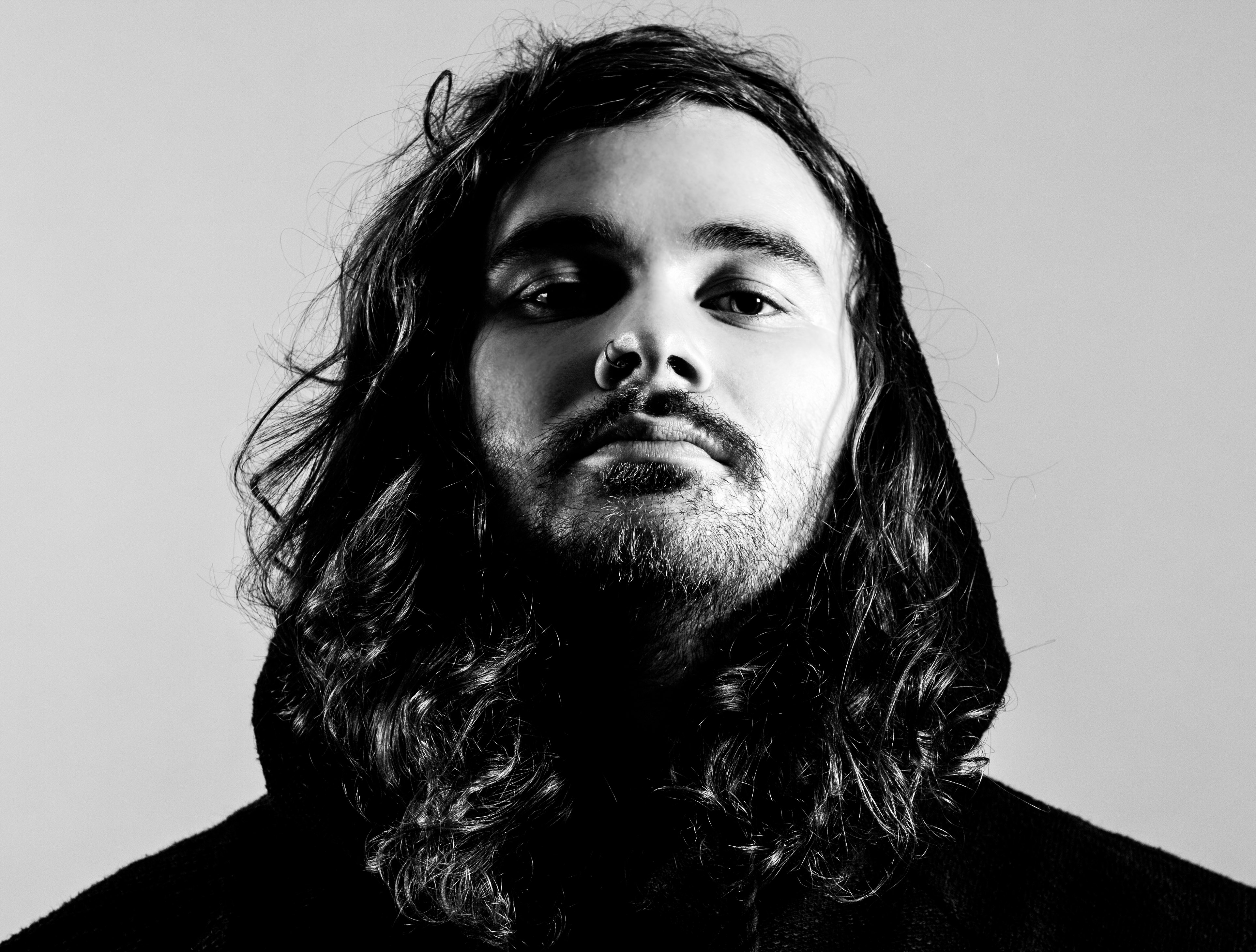 Over the past few years, wAFF has become one of the most engaging artists on the international circuit, joining both the Hot Creations and Paradise families. Raised in Hull, wAFF entered through the door of dance music via the UK’s prominent happy hardcore series, The Bonkers. During the minimal boom in the early 2000’s, wAFF discovered a style of dance music that completely engrossed him. It was the stripped down sound of producers like Troy Pierce, Audio and Minilogue that would urge him to dive full-heartedly into dance music. wAFF spent three seasons in Ibiza, soaking up the music and its scenery, while refining it into his own sound.

Fast forward to today and you could say sonically, things have come full circle for wAFF. When we ask what’s currently exciting him, he tells us “minimal music for me is so so exciting! That’s where my head is at musically at the moment.” This Friday, November 23 wAFF will take to the decks at CODA nightclub in Toronto, where he’ll surely demonstrate this infectious sound. But first, MI4L had the chance to catch up with the honest and warm-spirited artist. wAFF opened up to us about the importance of maintaining his health, his dream to one day return to acting, this year’s personal achievements and so much more!

Thanks for taking the time to chat with us! We see you’ll be joining Sydney Blu in Toronto this Friday at the Blu Party. Tell us about your connection to Toronto — it is a city that you know very well? Would you like to explore more…?

To be honest I don’t know Toronto much at all, I have only been twice so far, the upcoming gig with Sydney Blu will be my third, so I’m really excited to be back again and I absolutely love CODA, but unfortunately that is all I’ve seen in Toronto. Actually, when I first came to Toronto I played on some man made beach by the harbour I think with Miguel Campbell and Pig & Dan. This was many years ago, so I got to see that and there was also some big street market / parade going on somewhere on one of the main high streets which was pretty cool, but yeah that’s it. I would love to see more of the city. I’m sure I will! 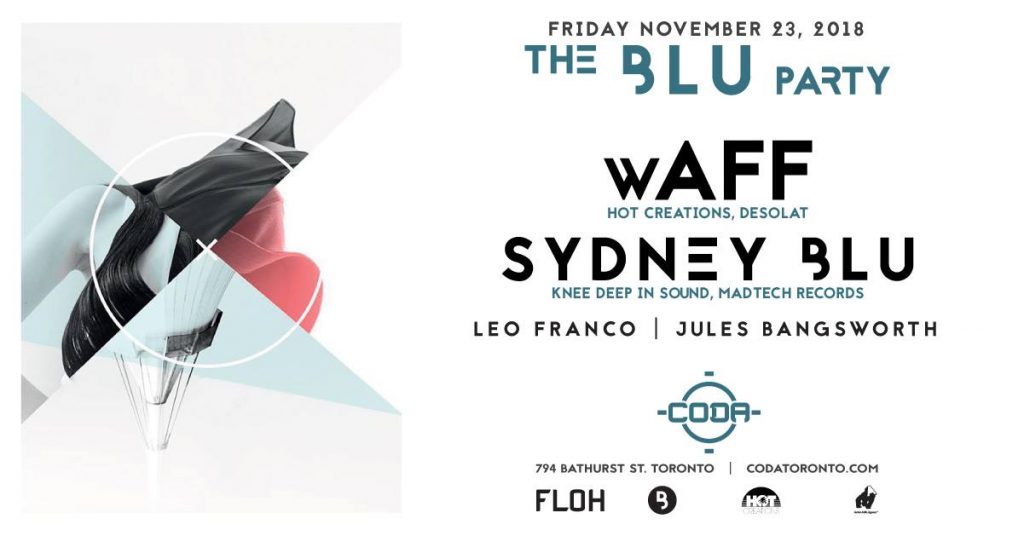 It’s very healing to be creative especially through music I believe. It’s like meditation… all you’re focused on is expressing yourself.

You’re in the midst of a pretty crazy tour this month, which takes you from Europe —> Canada —> US —> South America! What do you do to find personal grounding during these chaotic moments? How do you remain focused and charged?

Well staying sober is the main thing for me at the moment. The more sober I am, the more grounded and focused I am. I’ve spent many many years in a wild lifestyle, and I’ve had a stupid amount of fun doing it, but now for me I just really enjoy taking care of myself and my health. So that’s number 1. But also just to get enough sleep, get a good amount of time between gigs to rest, and not always be constantly on the road. If I have that then I’m good. Sometimes the tours are too mental, and I will play 5 gigs in 2 days with no hotel, that has happened a few times which I hate ha! So my agency and management know that can’t happen anymore and to make sure I have hotels to rest in at the right times. Also, making music really helps me feel balanced and grounded. It’s very healing to be creative especially through music I believe. It’s like meditation, as your mind is clear and focused but all you’re focusing on is being creative and expressing yourself. It’s really important for your energy.

We understand you were heavily into acting, which definitely reveals itself through your charismatic performances as a DJ! Are there any aspects to acting, which music doesn’t fulfill for you? And vice versa? Explain.

Well I haven’t actually done much acting for many years now, I mean I do act all the time, mainly being a stupid dickhead on Instagram creating daft characters. But in terms of serious acting, I really want to get back into it fully, not yet as I have too much to still do as a DJ along with many other things. But when the time comes, I will be straight back into it. That’s where I see my future for sure, it’s always been my dream and still is to be in film and to do serious films. Of course, I’m sure I’ll do comedy hopefully, as I know I’m good at that ha! But yeah, acting is a completely different feeling from DJing I would say. Obviously it’s still performing, but to become a completely different character and perform on stage in front of an audience is such a rush, the nerves and everything you feel is amazing! With DJing, you still get so much satisfaction from playing. I’ve had some of the best moments of my life DJing. It’s a hard thing to compare to be honest now that I’m thinking about it…it is so different I think. I guess equally you can get just as much happiness and satisfaction from both. But fuck standing next to 2 speakers with thousands of people going mental 3 days a week, every week forever! Haha! Yeah for now it’s brilliant, but fuck not until I’m 60! That’s when I need to be on a stage where everyones sits in silence apart from me haha!! Niiiice…

At the moment being sober and staying strong feels like a huge achievement, as it seemed nearly impossible to do for a long time, but I’ve really surprised myself and this new me I want to keep.

What’s the #1 thing that you feel most excited by in the music industry right now?

Minimal music for me is so so exciting. That’s where my heads at musically at the moment, I can play tech house and techno all day, I’m comfortable with them and I will always keep making techno and tech house and playing it, but I’m really enjoying my sets more when I play minimal, as I’ve always been into minimal but never really been a minimal DJ, so that is what I’m focusing on now, to master that and intertwine it into my sets more and more. That’s keeping me very excited. I’ve been so inspired in recent times by some of my friends from London, the likes of all the Fuse residents like, Enzo Siragusa, Archie Hamilton, Sen Zito & Rich NxT, also a friend from Amsterdam called Ferro who is quality, and all the Slapfunk DJ’s such as Samuel Deep & Julian Alexander, along with many more of the Slapfunk DJs…

Can you tell us about any new projects on the horizon?

Well, I have a lot of music already lined up for next year, I will be back on Hot Creations, Desolat, Moon Harbour and Drumcode for sure. I have many remixes yet to be released. Some really exciting collaborations in the pipeline too with the likes of Archie Hamilton, Andrea Oliva, Nicole Moudaber and few more I can’t mention just yet, but it’s all exciting! I’m thinking of starting my own label and events sometime in the near future, so that will be great once that’s up and going.

As 2018 winds down, reflecting back – what was one your biggest achievements (music or non-music related?)

Hmm, hard to think as I feel so much has happened over the past year. I’ve had some difficult decisions to make that could of sent me down a negative path if I made the wrong choice, but luckily I have made all the right decisions for my career and also my health. I would say at the moment being sober and staying strong feels like a huge achievement, as it seemed nearly impossible to do for a long time, but I’ve really surprised myself and this new me I want to keep. So yeah, that’s definitely a big achievement for me personally! But I’m happy where my life is at, at the moment with my career. I’m achieving so much and feels like it’s just getting started. There is too much to choose from but I think that answers the question : )

Thank-you so much for taking the time to speak with us wAFF! We wish you a great time in Toronto & on the remainder of your tour.

Tickets to The Blu Party with wAFF & Sydney Blu may be purchased here.