Interview x DESNA: “I really can’t wait to be back on a stage, exchanging blissful building energy.” 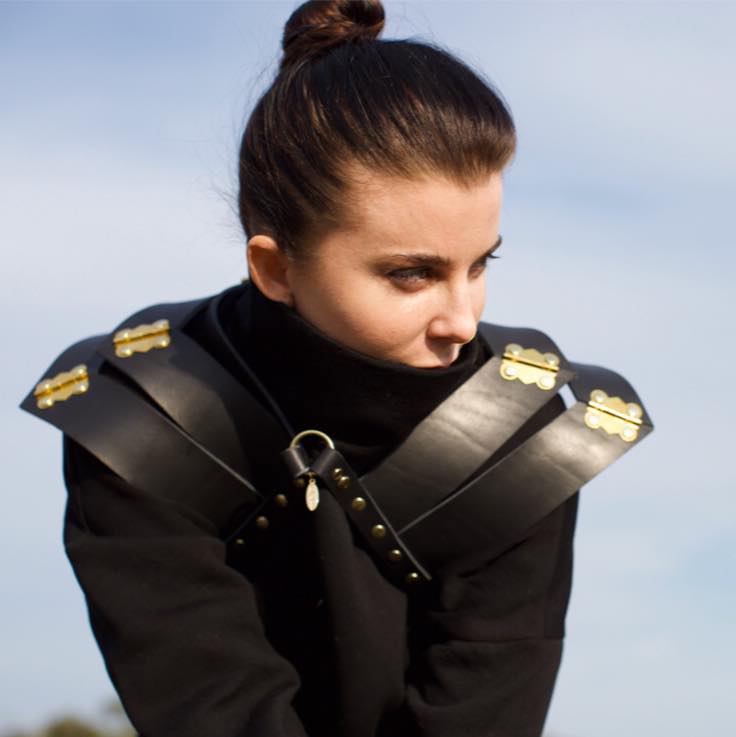 NYC’s DESNA returns with her techno infused EP titled ‘Frou Frou‘ set to be released this Friday, on Simina Grigoriou’s KuuKou Records. Her 3-track EP represents the true sounds of this Brooklyn native producer, along with a very special remix from Simina. You’ll find that deep ominous and recognizable dash of DESNA with its mystical baselines, in this sequence of music. We caught with DESNA from her NYC home, to delve into the new EP, how she’s staying inspired, and her influences…

DESNA – Nice to have you back here with Music is 4 Lovers. We see your next EP ‘Frou Frou’ is coming out August 14th, on Simina Grigoriou’s KuuKou Records, with a fire remix coming from Simina as well. Tell us, how did this collaboration come to fruition? Is this your first release with the label?

Well…Simina and I sort of found out about each other this year through releasing music. She had added my collab with Metodi Hristov on her January Beatport chart and was super warm to me right from the start. I guess you could call it an affinity on both sides. We’ve never met in person but there was some instant connection. I sent her some tracks for her live stream and she ended up signing ‘Frou Frou‘ and ‘Sinuosity’ on the spot. It was and has been super organic. I love that. Nothing felt like effort it just flowed. It was a huge bonus that she wanted to remix ‘Frou Frou’ also, since that is one of my favourite tracks I’ve made thus far. She is a really cool and talented woman, so I am more than stoked to work together. This is my first release with Kuukou Records.

“I want to physically squeeze all my supporters whenever that time comes because I miss their energy SO much!”

Since the cancellation of festival season and closure of all venues across the globe the past few months, how have you been spending your time and what’s keeping you inspired?

I have my days when I feel like this is pointless and wonder if people are still really enjoying techno with no clubs or festivals. I am lucky to have a really nice studio in my home that has the right design to keep me inspired and pushing forward. I think I’ve made some of my best music during this time. I had an opportunity to re-work and remix a really famous song that I just finished but cannot exactly give more details on that just yet.

What was the last live show you performed at? We see that you’ve done a few live streams for some media outlets from your home studio, this must have felt strange to be in the unknown of what’s to come for live events. What do you most look forward to when you can perform in front of a crowd again?

The last live show I performed at was February 8th alongside Ben Sims and Truncate. Thankfully, I was able to test Frou Frou on the crowd and it went over really well! The live streams are something to keep giving people some sort of performance but MAN, there is nothing like live performance. I want to physically squeeze all my supporters whenever that time comes because I miss their energy SO much! I have some really dedicated listeners that show me so much love, so I really can’t wait to be back on a stage exchanging blissful building energy.

“I have some really dedicated listeners that show me so much love, so I really can’t wait to be back on a stage exchanging blissful building energy. “

Your productions are deep, driving ominous techno – who were some of your influences when you first started making music?

When I first started, I’d say  90’s electronic music had a pretty big influence on the direction I was trying to go. The Prodigy, The Chemical Brothers, The Crystal Method etc. I think for most artists when you’re just starting out, a lot of those first tracks get thrown out lol. They don’t sound amazing and in time you end up coming up with a more sophisticated style. That style has evolved in the 3 years I’ve been DESNA, but I do grab most of my influence still from 90’s techno and try to rebirth that sound in a modern way.

If festivals were to launch again tomorrow and you could choose one anywhere in the world to perform at, which one would it be, and why?

Kappa Future Festival in Italy! That techno stage is just so cool under the bridge. It is an absolute goal of mine to get on there soon!