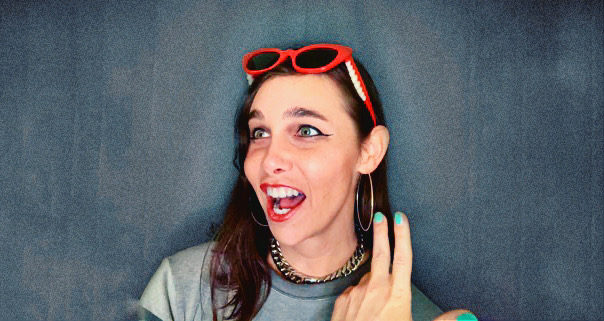 How are you, how has summer been?

I’m a pretty happy camper! I’m vaxxed, masked and enjoying life a bit more. With younger age groups soon to get FDA approval I think we are almost there. I will say, being on deck with a club system growling through me again is bliss.

Did you learn anything about yourself, the world, the music scene during the pandemic year?

Haven’t we all? While the pandemic was heartbreaking with deaths reaching over 650k alone in the states, I was able to find some silver linings. I took the opportunity to dive into more therapy and get a bit more centered. With DJing in person out, I beefed up the streaming aspect of the studio, which was a gratifying adventure. Best of all, tons of studio time in terms of production. Besides those pandemic gems, I think our house pets had the best year ever!

What is the scene in Seattle like? Is that what got you into dance music?

Seattle is going through a healthy overhaul at the moment. For quite some time we were a blindspot in terms of producers. While we had and have DJs in the thousands, it was difficult for producers that DJ’d to get slots. From what I gather, this is quite a common scenario in many cities. Seattle producers are now beginning to carve out much needed space so the world outside sees we aren’t just a city of DJs. Tony H’s label Late Night Munchies has played a huge role in growing the spotlight on so much of the fresh and innovative producing talent we have here. Seeing these creatives lift each other up has me giddy for what tomorrow brings in the Emerald City.

I fell in love with electronic music as a little breaker in the 80’s via the LA area. What got me into House was being a Queer kid in the Florida 90s, who loved dancing and embracing the freedom to dress however I wanted as a club kiddo. Best of all, it was safe and diverse. No one cared about the gender or the color of the person I was kissing or dancing with. This is a safe feeling I have felt less and less over time. This is one of a few reasons I decided to chip in make House music, so I could hopefully bring that love and acceptance back.

Does the place have its own sound, its own unique angle or niche on house or techno?

Seattle used to be very heavy with Deep House, but has since opened up to many more genres thanks to local labels broadening their horizons and supporting newer labels. Now you hear just about everything and I love it.

What is the art of electronic music for you? Why did you first get drawn to the sound, what did you like about it?

Electronic music has always been around in my life. It was dancing that got me into Breakbeats, then Hiphop and eventually House, Techno, etc etc etc.  I tooled around creating Breaks just for myself in my 20s, which was a nice change of pace from playing in a punk band in my teens. House music in particular stuck. It was the initial culture that has lingered in me since. Like modern dance or HipHop, you can incorporate just about anything.


And what are some of the key tools in your toolbox, do you have fav bits of hardware or software?

Nothing fancy at all. I have a standard MPK225 and my primary DAW is Ableton. Those and plug in plug ins plug ins. Although, they come and go, I try not to rely too heavily on them.

What inspired the late night munchies package of remixes – why have so many?

With the success of Troupe it was a no brainer to do remixes. The amount of talent supporting the tracks initially, made culling together the album pretty organic. Everyone was really excited to part of this and I knew with the remixers I selected, that there would be quite a bit of variation, much like the original album. As you can hear, each track really stands on it’s own, with it’s own style, setting each track apart from one another. There was a moment early on where I was uncertain about so many remixers, but those worries feel silly in hindsight.

How differently do you approach remixes vs originals?

With originals I dive in with a much more open mind and let myself wander more. With remixing, I get a little nervous because I’m revamping somebody’s baby! With that in mind, I go in more calculated with a more defined sound in mind. It will have my sound, but I don’t move too quickly without some vision leading me. I have a remix of a ZOF track coming soon that I’m excited to hear feedback on.

What makes your music unique, what do you pride yourself on when producing?

I’m told my sound can be luscious as I love underlying ambience and texturing with everything from sliding concrete to subway tunnel white noise. There are instruments I definitely gravitate towards like flutes, violins, mallets, etc etc. I find myself often in a strain of Tech House/Deep House/Minimal/Deep Tech. When a track of mine traverses a multitude of vibes, these genres tend to blend more and more. I don’t let that keep me from throwing out some old school breaks or something more experimental.

What’s next, what else you working on?

As mentioned, I made a Breaks track that is an homage to BBboy breaks of yesterday. While I love all the vibrant breaks of today, I miss the older sounds that go me moving on the playgrounds. That will surface late next month as well as a remix on an Italian label that is making moves. Besides these two ventures, I’ve been busy with a new monthly night called Gush! I’ve curated fellow Seattle heavy hitters Tony H, Emuh and ZOF, making this a powerhouse residency unlike any other in the city. This will be going down at the new state of art Crocodile space. The very same Crocodile that bought up Nirvana, Sound Garden, MudHoney, etc, back in the day. With Gush, we are looking to retain that DIY punk spirit and make more music history.

Longstocking “Troupe Remixed” is out now on Late Night Munchies