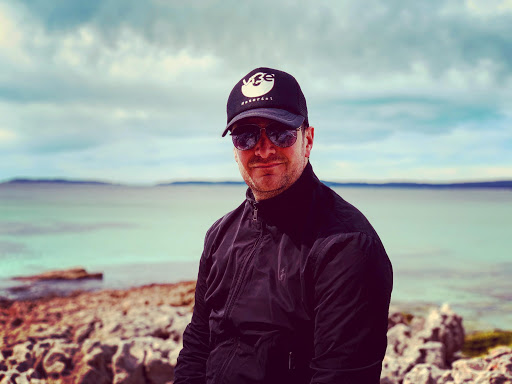 How are you? Where are you based right now?

Why did you want to do an LP, what inspired or influenced it?

Throughout my life I’ve always looked up to artists, and the pinnacle for a musician is creating an album. This is just something I strive for. Maybe I’m old school in that respect. I still think that’s just how you do it.

Was there a plan for “Architechture” from the start, did you know how you wanted it to sound? What was the aim generally with it?

There wasn’t a plan for this one. I aim to produce 2 tracks per week and these 10 just felt right together. The name of the album actually came to me in a dream, I woke up and the name was just in my head. It’s kind of a play on words.

Any key gear used in the making of – do you want that mentioned?

My usual analog gear – Moog Sub 37 and the Nord Rack 2 but I’ve been particularly impressed with Hive recently and I used this quite a bit on this record.

Is the LP a continuation of your usual style or have you switched it up?

I’d say so. Yeah it’s a continuation. It’s obviously evolved a little bit like all things do, but not too far.


How did you find the process? good, bad or ugly?

There are shades of all of that throughout, but generally pretty good. I particularly enjoyed working with Robert Owens again.

Any real favourite tracks on there and why?

My personal favourites off this album are:

Laid across from me – I really like the groove and it’s got a laid back, deep warm feel to it.

Ruffneck – I actually drew some inspiration from Solardo for this one. Their early stuff was wicked!

Games – Man, that vocal! And the little acid lick!

I’ve also had positive talks with Robert Owens and we’re about to commence working on an album together. HUGE!

Anything else to add, mention?

I’d like to thank Justin Drake at Bakehouse Studios for the amazing mastering service he provides. I couldn’t recommend him more!

And a shout out to all the fans who have supported me so far. It means a lot.

INVU LP “Architechture” is out now on Architecht