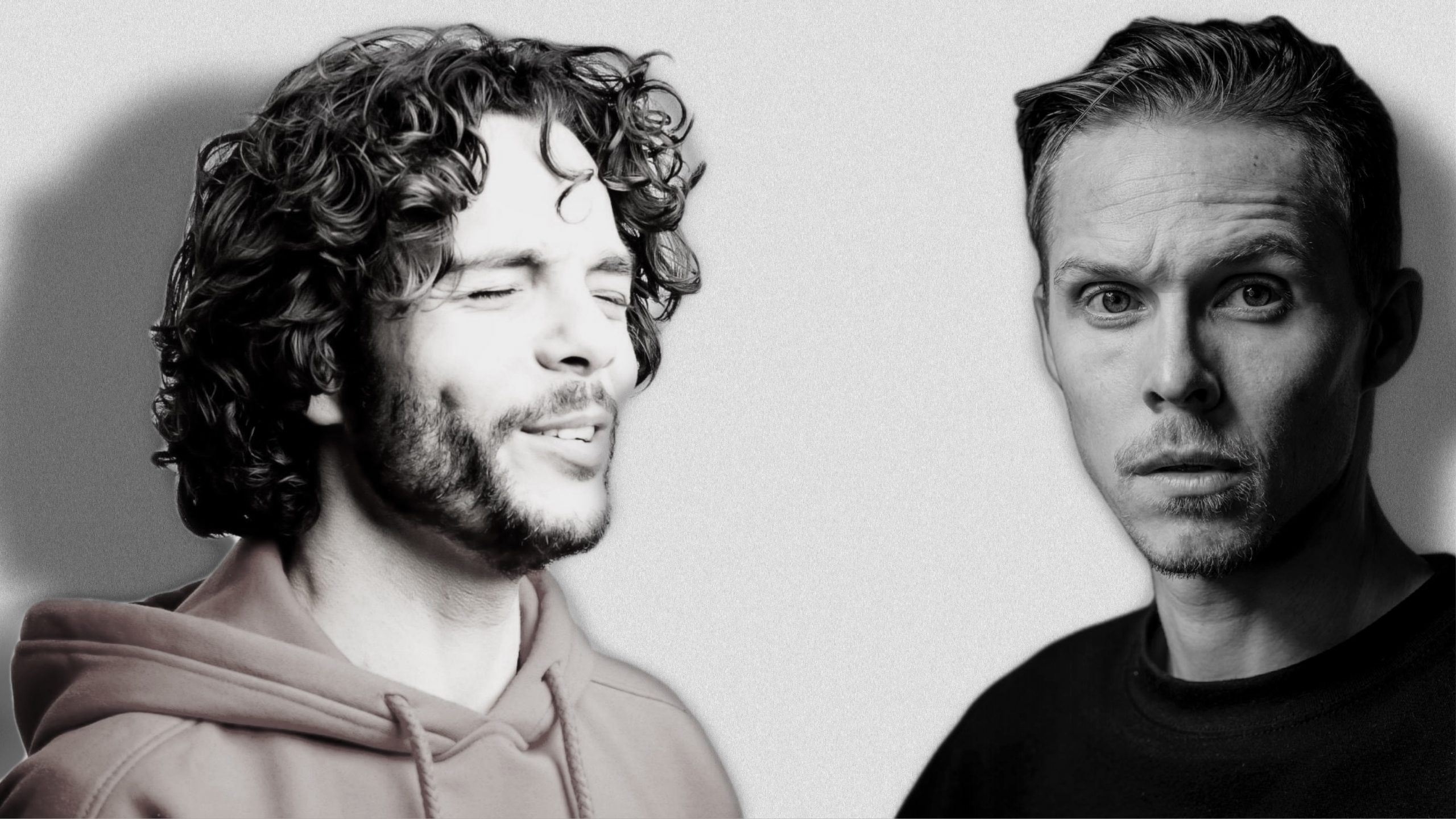 Hey guys, how are you, what’s happening in your worlds right now?

David Hohme : Hey! Man I’m so busy these days, just got back from a tour in South America… Mexico, Brazil and Argentina, and already getting ready to start another next weekend in celebration of a new mix album/vinyl I have coming out in May. Other than that, constantly working on my weekly radio show Welcome Hohme Radio and releases on my record label Where The Heart Is.

Can you both introduce the other artist to us in a few words, really tell us what you think!

Essence Of Time: I met David Hohme back in NY years ago when we were doing in an event. We got along and became friends since then.

David Hohme : Mitch aka Essence of Time is one of the most talented yet underrated artists in the game in my opinion. Such a fantastic producer and DJ… and from doing this professionally for 12/13 years now, I can tell you those two don’t go hand in hand very often… typically it’s one or the other. He’s one of the few who’s great at both… and that’s why he’s had such a long career in dance music. Responsible for a few unsung “hits” in my opinion that I still play to this day. I’m sure he’ll continue and grow steadily as he has for a couple decades now.

When did you first meet, why did you decide to work together?

Essence Of Time: Because he came on vacation to France to slurp wine

David Hohme: I’ve known Mitch for probably 10 years now… we met in NYC playing crazy big-room brunches back around 2010 when EDM was cool and even made a couple big room tracks together under our old monikers. I’ve learned a ton from Mitch over the years. I was lucky that he opened up his studio to me early in my career and taught me some seriously valuable lessons. We decided to work together because I asked and he was nice enough to oblige.

How did it go at first, did you hit it off right from the start?

Essence Of Time: The project started over a common idea …we never know where it goes. Pretty much feel the flow .. one drops the bass, the other draws another idea etc etc…

David Hohme: Yeah I think we realised, aside from our compatibility musically, the friendship was there immediately… since meeting we’ve spent time/played together in Brooklyn, his home town in France, and as well in Hong Kong.

Who does what, did you each take care of certain parts of the music?

Essence Of Time: Not really… I personally take the mouse because that’s my system and I’m used to it, but that could have been the opposite … no competition at all to who drops what, it’s about ideas that take place in the session.

David Hohme: Since it was in Mitch’s studio in the south of France, he typically was on the controls, but in general it was a flow of ideas, taking turns and from what I remember, we just wanted to make something that would work in the club… which I think was accomplished.

How long have you produced together, who does what, do you each have your own sound?

Essence Of Time: We don’t produce regularly together, that is a first track as a co production actually. We came out with a pretty fat track for the floor, and very happy about it.

David Hohme: 10 years now, which seems crazy now thinking about it… we definitely both have our own sounds, but they’re pretty parallel. Mitch is a much more talented engineer than I am, but my strengths lay definitely in the writing side of things, the melodies… which I imagine is a result from years of classical training on the piano when I was young.

Do you dj together too? How does it work, like one each back to back or?

Essence Of Time: No we don’t dj together since I’m in Europe and David lives in NY.

David Hohme: In general, no, but we did DJ together a couple times in Hong Kong a few
years back.

Tell us what inspired the new one on Way Of House – was it written with a certain crowd, place or time in mind?

Essence Of Time: Not really, as I said, just a reunion of 2 friends making music to rock the floor

David Hohme: Yeah we just wanted to write a high energy track that would work well at the height of the night in a club.

Why serve it up as two different mixes?

David Hohme: The vocal mix is the original version of the song that both of us finished together… and the original mix has some slight changes that Mitch made on his own to the mix in the following months after we finished it… As well he added a big riser to the breakdown and took out the short vocal sample. From a quick glance they may sound very familiar, but if you A/B them, the mixes are quite different… I prefer the vocal mix and mitch prefers the original mix… so we decided to put out both and let the listener decide which they like better

What is next for the pair of you, what are you working on?

Essence Of Time: Time will tell, so far no release up on next , but who knows

David Hohme: Nothing at the moment, I don’t think we’ve seen each other since we made this a few years ago… I have more recently released a couple songs by him on my label Where The Heart Is and I’m sure we’ll get together at some point in the future and make some more magic together