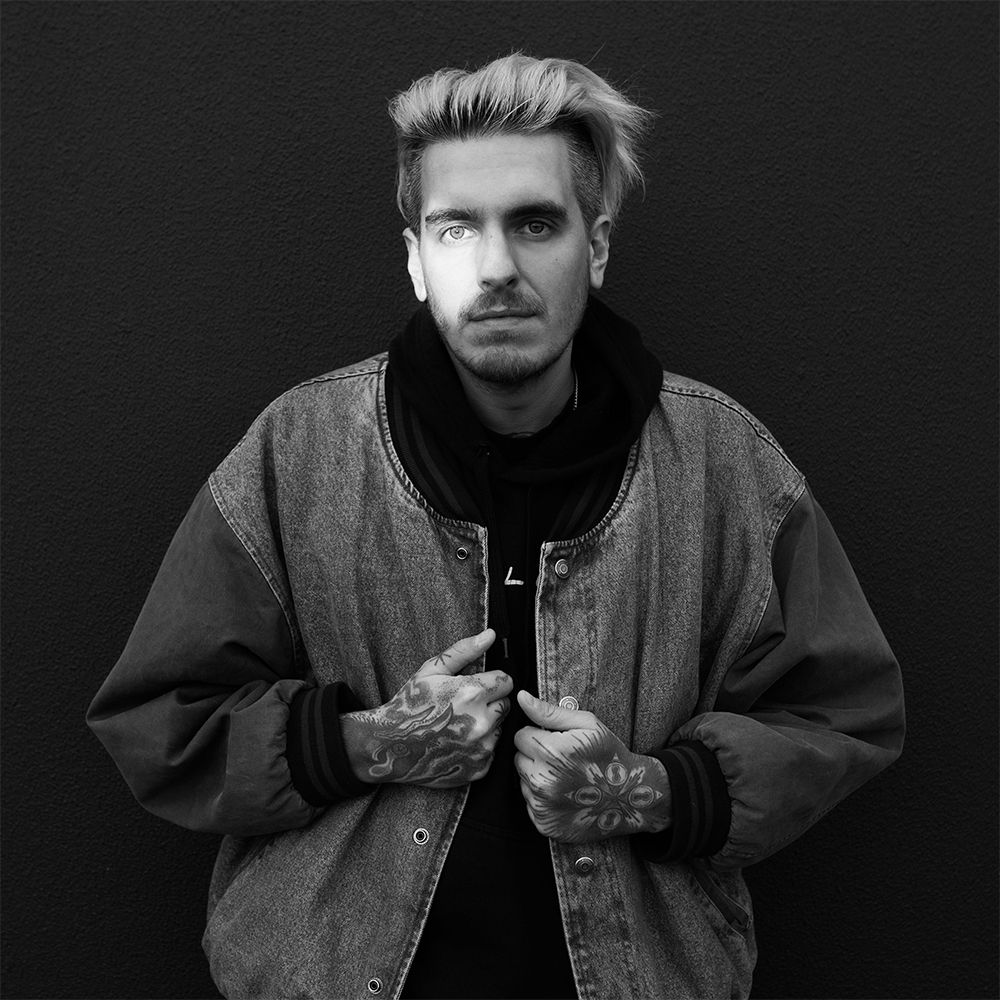 We caught up with Deckert to discuss his new album ‘Tranquility’, his relationship with DJ Aaaron and how he manages his creativity.

Hi Deckert, welcome to Music Is 4 Lovers, how have you been over the last year or so?
Hey there! Tricky question, where to begin here? It’s been a rollercoaster ride, but inside of a haunted house. A little existential crisis here, some depressive episodes over there, on the other hand some really intense times with good friends and lots of free time to make music. Overall the last year was a really strange and mind altering time and I am still talking from a privileged point of view here. Plot twist to positivity: I’ve been to some small festivals over this last summer and it feels so good to see what we call normality coming back.Tell us about your upcoming release ’Tranquility’ on the Stereo MC’s connected label?
First things first: It’s a bIast to be back on our favorite label! I was really shocked when I realized that the last collabo EP with Aaaron on connected was in 2018 which already feels like decades ago. Great to be back at home! Actually, I remember that we started producing the instrumental for “Tranquility” in late 2019. Yes. This EP really took a while. We were experimenting a lot with synths, bass and guitar in the beginning until we got to the point where we started looking for a vocalist. Which took another few months. Aaaron sent out the final version with the final arrangement somewhere in the middle of 2021, so overall this is our personal record in production time. “Burning Idols” on the other hand was finished in about 3 sessions, so this is an EP of production extremes.You and DJ Aaaron met in 2017 and in that time have released some very impactful music together, how do your styles and methods of production compare and differ?
We met long before that actually! As far as I remember (doesn’t mean that much) the two of us started spending time together in the early 2010s and we became close friends on the way. Aaaron was already DJing and producing electronic music while I was still playing in bands most of the time. The production for our first connected EP “L.D.O.E.” was the first time ever we got together in Aaaron’s studio. We didn’t expect much, it was more of a fun experiment. But during the process we quickly noticed that we could learn a lot from each other, coming from 2 totally different approaches to music. Aaaron knew and still knows a lot more about beats and sound design while I brought in some harmonies and (very basic) music theory. Sometimes he still hates me for that because I took away some of his freedom of just doing whatever sounded good. Sorry brother! Next beers are on me!Do you have a message for newly collaborating producers on how to manage partners different techniques in the studio?
It’s hard to generalize here because humans in general mostly act very differently. But my first message would be: Do it! Everything I’ve learned so far and everything that I am still learning up to this day doesn’t come from Youtube tutorials (which are nice too, don’t get me wrong) but from being together in the studio with another person. Even if you figured out all the basics for yourself, there’s always a little twist in other people’s workflow that you haven’t thought about yet. And this goes around the other way as well. Learn from each other, inspire each other. Another more basic advice: Don’t work with assholes, don’t work with narcissists. The ride should be fun. Last but not least: The person who owns the studio has the last word. This is more of an unspoken one, but somehow this is how it goes.What do you do to gain creative inspiration if you’ve got writers block?
Breaks. Don’t force yourself into continuing on a project that doesn’t go anywhere at the moment. And yes, I am giving this advice to myself right now because I have to learn this lesson too. Don’t get lost in the frustration. Stop, get a glass of wine, listen to music. Not necessarily electronic music, just something you enjoy. Find inspiration outside of the bubble. If the block is really hard: Try meditation or hypnosis, clear that dirty mind. Start easy, but get started. A friend told me once: your creativity doesn’t leave your body one day. It’s always there. Those are just some bad thoughts that are in the way and you can work on those because you created them.What is your favourite cartoon or comic character?
Hardest question so far! I am really deep into manga and anime since i was a kid, so there are hundreds of potential candidates. My choice at this very moment would be “Deunan” from the manga “Appleseed”, because I got a tattoo of her when I was playing in Japan back in 2019. I suppose this is very niche and 0.2% of your readers will know her, but she is the main character from the first manga I ever bought so she basically got me into the rabbit hole of Japanese comics single handedly.What songs have you most recently binge listened to?
I am starting to re-love the Digitalism and Simian Mobile Disco 2007 release era! When it comes to current electronic music I really enjoy “Malayou” from my connected homie Da Mike, “Yashan Hadash” from Tal Fussmann, the David Meyer Remix for Brina Knauss “Births” and pretty much every release from the “Hurry Up Slowly” label.Is there anything that you wish to share with us?
Yes! There is one last little thing! We are currently working on the debut album for my live act “Deorbiting”! Keep your eyes and ears open, it’s going to be a lot different compared to the “Deckert” sound. Shoutout to my project partner Christian here, if everything goes as planned, the first single will come out later this year on Stil vor Talent. Thanks for having me and hopefully we’ll talk again soon!

‘Tranquility’ by Aaaaron & Deckert is out now on connected