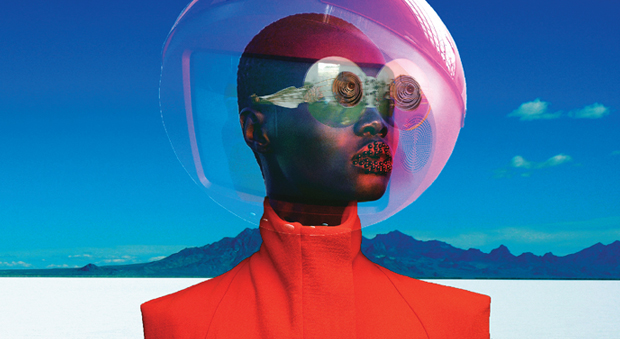 Los Angeles producer Justin Jay has quickly earned his stripes as a reputable producer, with support from the likes of Claude VonStroke, Jamie Jones, Disclosure, Tiga and George Fitzgerald, not to mention being branded as one of Pete Tong’s ‘Future Stars’ – accolades made even more impressive by the fact he’s still in his early twenties. Following a string of ‘Justin Jay & Friends’ releases on Black Butter, Freerange and Soul Clap Records, Jay’s next project sees Josh Taylor on vocals and Benny Bridges on the guitar.

“The project came together during my last semester of college. I’d been friends with Josh and Ben since the beginning of school, but with very different tastes in music, it took us awhile to realize we could jam together too. As we made music together I wanted two things: to push myself outside of my comfort area so that I could learn and grow as a musician, and to have fun making music with my friends.” – Justin Jay.

Sturdy kicks and echoing drones lead the way in ‘Make You Mine’ to generate a ominous aesthetic combined with Taylor’s poignant vocals. ‘Climbing Trees’ then raises the energy as a sultry low-end, mesmerizing atmospherics and infectious guitar licks do their work. Concluding matters, Visionquest’s Lee Curtiss and Alex Nazar’s remix of ‘Make You Mine’ boosts the tempo of the original, incorporating a heady bassline and trippy synths.

Justin Jay featuring Josh Taylor ‘Make You Mine’ drops on Repopulate Mars on 27th May 2016!

Check out the premiere of the Lee Curtiss & Alex Nazar’s remix; and learn more about Justin Jay — the story behind how he linked up with Lee Foss and what the Fantastic Voyage fuss is all about — in the interview below.

Interview with Justin Jay
by digicandy

Really diggin’ this new EP! Thanks for taking the time to chat with us!

Where did you find inspiration for “Make You Mine”? How is this EP special from some of your other recent productions?
With my EP on Soul Clap Records, Josh pushed me outside of my comfort zone to make some of the most poppy, feel good music I’ve ever made. On “Make You Mine,” I pushed Josh to make the darkest warehouse party dance music he’d ever made.

How did you link up with Lee Foss for this release?
It’s kinda crazy. I’ve been a huge fan of Lee Foss for a longtime. I actually first met him the summer after my freshman year of college. He played a small show in LA, and I snuck in with a fake ID and handed him a CD of demos. A couple weeks later, a friend sent me a video of him and Jamie Jones playing one of the tracks at their party on The Standard rooftop! Beyond that, nothing came of that early encounter and I’m not sure if he even remembered me. Four years later, as I was finishing up my last semester of college, I met his assistant at a party and sent him some music. Now, I’ve become good friends with Lee which is surreal. He’s the man and such a pleasure to kick it with. When he asked to sign some of those demos to Repopulate Mars, I was soooo hyped!

How did you and Josh Taylor start working together?
Josh and I pledged the same fraternity in college when we were freshmen. We became great friends, both having a really strange sense of humor and an obsession for music. But while I was making heavy club music, he was interested in acoustic pop music. We always had mutual respect for each other’s musical interests, it just took us a long time to realize we could make music together. Our last semester of college, we decided to give it a go and once we started, there was no looking back.

What does your creative process in the studio entail? Any rituals?
I feel like there’s a lot of bipolar emotional rollercoaster moments. I’ll try something, think it’s amazing, then hate it, then work on it for 8 hours, still hate it, then in 5 minutes come up with a new idea that I fall in love with and it actually works. I like to throw as many ideas at the wall until something sticks. There’s not much more method behind the madness than that.

Can you tell us more about your Fantastic Voyage party series and the concept behind its subsequent album release with your live band?
My roommate for half of college, Ulf Bonde, was finishing up his 5th and final year at USC. He decided to throw a house party where he just wanted to play all of this really experimental minimal music. He asked me to DJ the night of and I was blown away. I grew up DJing house parties when I was in high school, but I was just astounded by how receptive the crowd was to even the most forward-thinking music. The intimacy of the space, and a crowd full of friends made it pretty magical. We had a bunch of long talks figuring out what we really liked about the party and what we wanted to explore. Fantastic Voyage was born out of that.

What cool gigs are on the horizon for you this summer?
This summer is going to be incredible! I’m really excited for the festivals. In California, I’m doing Lightning in a Bottle, Splash House and Hard Summer. I’ve also got a Brazil tour with Justin Martin, which is insane; I went to Brazil for the first time in November and it was mind-blowing. The people there are so receptive to proper house and techno music. The fact that I get to go back with one of my musical heroes is surreal haha.