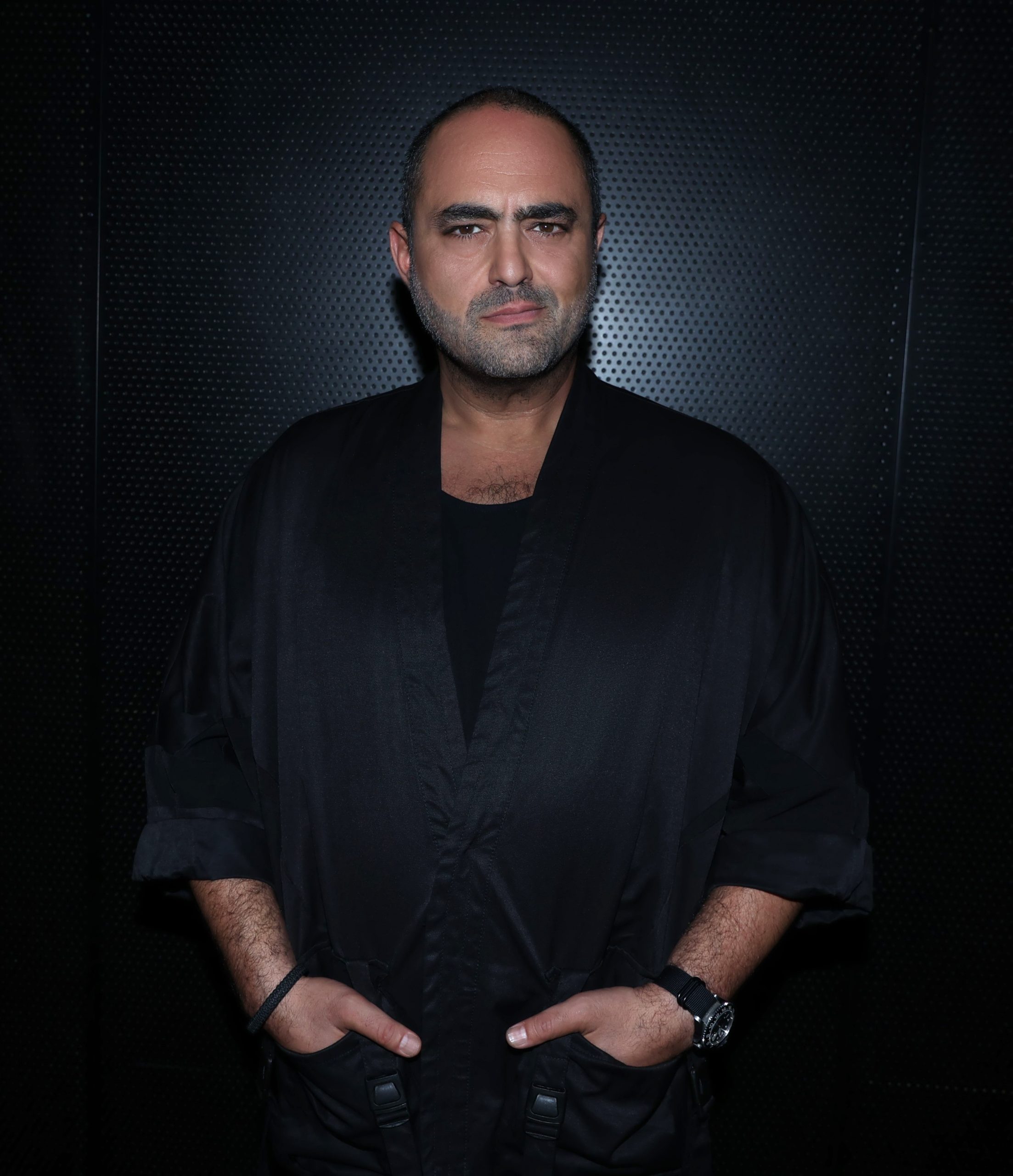 Hey Fabrice, thank you very much for talking with us today! How’s things and how’s your 2022 been so far?

Hey guys, well… I imagine like many, getting through this pandemic hasn’t been easy, and I had to pass through one of the hardest times of my life, but I imagine it’s been the case for the majority of us, even for the biggest names. I come out of it a bit changed, with the feeling that there really was a world before, and a world after. In the music industry i noticed a new kind of self-proclaimed artists, the same way of emergence of beauty Instagrammers.

I finally landed in 2022 accepting that the phenomenon was probably going to last a little while, deciding that I was not going to let all this demoralize me. I have surely lost my faith in certain areas, and noticed some values changed, like notions of evil and good, but the passion and the love for music have remained intact, so the engine continues to run. Let’s say then, ok, maybe it made me stronger, and more realistic while I always remain positive.

Where in France where you raised and what was the music scene like when you were growing up?

I was born and raised in Marseille in the south of France, and moved to Paris before I turned 20. I started to listen to Hip Hop during my Graffiti period, then I quickly fell into Techno during the beginning of the Rave era.

I had the chance to live this incredible pivotal period between New Wave, Hip Hop and the beginning of Techno. In Stranger Things, I could have been Dustin Henderson.

Who have been your biggest musical influences to date?

Depeche Mode has always been a strong influence, but the emotion and depth of the Bristol scene is still something fascinating. Whether it’s industrial, metallic, or light, I still manage to be surprised, to find intact emotions and a certain form of poetry.

I’m also amazed to feel these same things in some productions today, and it confirms that curiosity and eclecticism remain the key to all creativity.

We’re here today to discuss your track ‘The Power Of Now’ which features on the Voyeur V.A collection. The track is a great opener, we love it. We’re aware that it was inspired by the recent pandemic. Can you give us a bit more of an insight into the inspiration behind the track?

For “The Power of Now” (Sept 23rd, on Voyeur), inspiration came during pandemic from thinking about some kind of a Tim Burton movie.

I tried to translate this feeling of palpable fatality, while keeping the courage to accept something that was imposed on us all. How to translate courage and hope into music, without falling into sadness. This was very complicated because this period deprived us of exchanging, of meeting, and of satisfying our cognitive aspect. Wearing a mask deprived us of exchanging our emotions, and I felt like I was seeing robots.

It took me some time to find the right balance between “too much, too long, too lyric”, and “not enough”. The Piano break tries to capture that so-particular Burton reverie, with a little naive flavor. Then when the Piano warps down, it comes quickly from fatality to hope. In that section, I gave it many tries in order to catch the right timing between “shit, i lost the crowd, it’s too long or too deep”, and “take my hand, trust me, we go somewhere”

I thought “The Power Of now” as an opening record that would make it possible to mess up with the audience while suggesting a multitude of sequels. It’s intended as a mental and lyrical piece, but it entails that “keep going” spirit that remains in the legs.

To help me getting the right balance, I brought my friend Alex Wielki to the project, an engineer that originally comes from Techno. This right combination not only allowed me to get the right energy on that complicated lyrical part, but also prevented me from an easy fall into an often-useless obsession in a certain quest for perfect outcome. That track was important to me.

I was alone when I imagined this track, so I needed a judge and a friend to prevent me from falling into some form of drama remembering it. It is precisely the opposite that I wanted, whatever it takes: keep on going. I hope this track defines all the emotions that we experienced, as well as the courage to come out of all the trials life puts in our way with strength and courage.

The release features 14 other recordings from various artists. What can you tell us about the rest of the album and the process of putting it together?

In fact it took me a long time to it set up, and basically I didn’t wanted to do V.A, but more a kind of “secret weapons” album, presenting all the most interesting things I had received, or other artists I drive to deliver what could be played by the biggest names in the industry.

This project contains only 2 productions that are 2 years old, like Gregory’s edit that was a big track ID during all this time, or the Yermak one. Everything else is brand new, and each artist introduced on the project must deliver an upcoming EP to come later this year.

Looking back at the last two years, did the pandemic affect your creativity, in terms of producing music?

Like I just said, I released only one record, and it was “The Power of now”. That was all I had in mind, and I couldn’t think of anything else. My only interventions during these two and a half years were 2 livestreams for Blondish and Abracadabra, and “sha shtil” was the only record released since then, in August 2020, and signed long before the pandemic. This one came out at the worst timing.

Most of the time I imagine productions out of circumstances, and even if it was played by Solomun, Sha Shtil was made to animate the big festive dancefloors, not to be played on in livestreams on Facebook.

When you’re writing and production, what are your go to bits of equipment in the studio?

You started the label Voyeur Music in 2014. What made you want to start a project like this and how has your experience been over the last 8 years?

I felt the need to play exclusive music in my sets and discover new talents. So far, I have always been a big music digger, so that was a logical development in my life. I think it’s like when you build your own family. First you learn, then you adapt to make it solid and you continue to evolve through the years, by always trying to stay realistic towards your goals, achievements and to remain away from too fast self-satisfaction.

I’m sure you’re as delighted as us that everything seems to be back to full normality now. Where can we expect to see you throughout the rest of this year?

The time has come to develop Voyeur and its independent parties all around the world. I have a very precise idea of what I want to do with it, it’s now a matter of finding the right profiles to grow with, the right partners, and to show more presence around a nearly political concept that wants to be social and unifying. A residency is planned in Paris, and we already think about big cities until 2023.

For the last 10 Years you could find me performing as the historical resident of Raspoutine, but I started a new Monthly residency at Silencio Paris, that is a bigger social format to express myself and showcase what I feel. Next party is set up on Saturday Oct 8, with the almighty Dj Gregory, back after all these years doing his thing, on the right spot, in his own city. 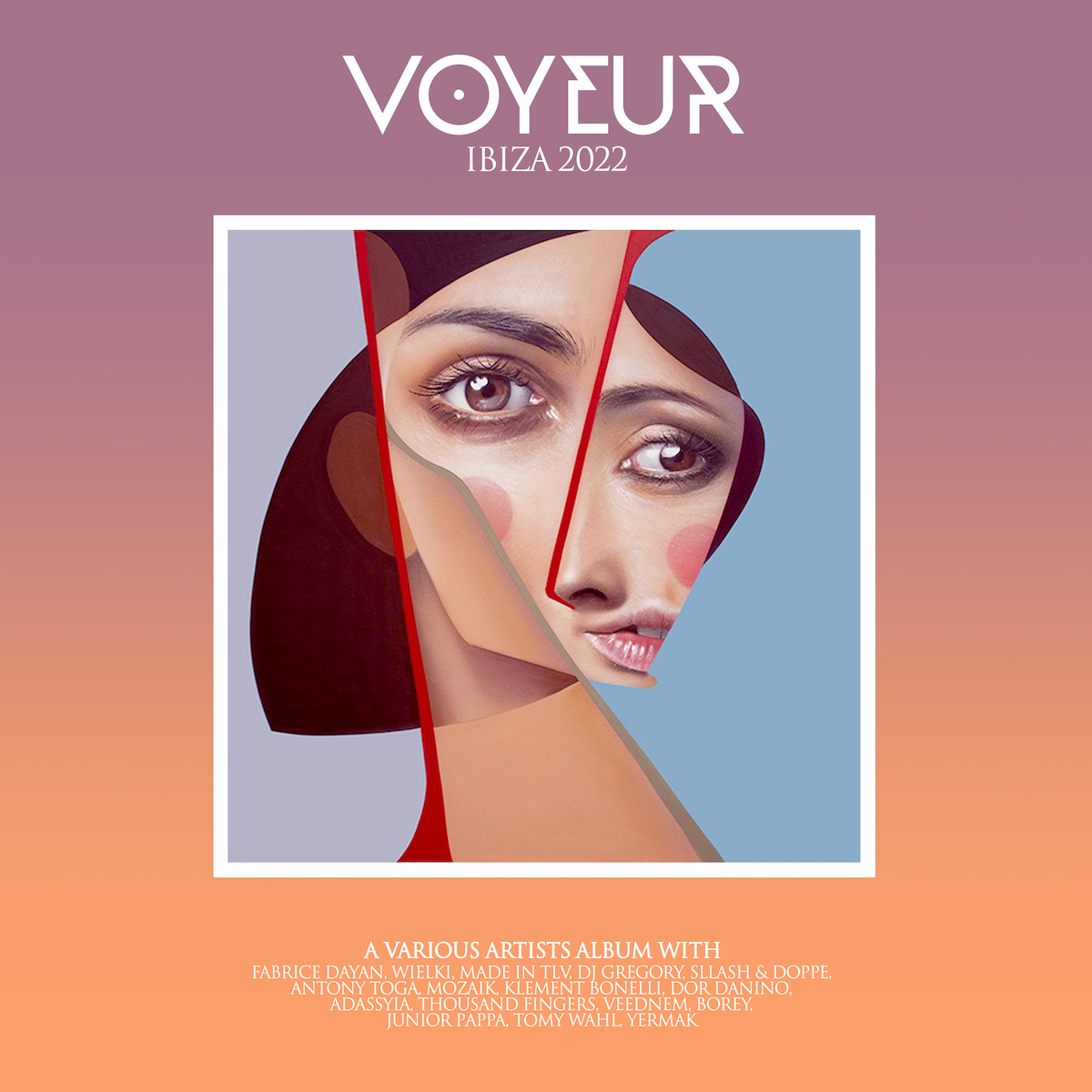