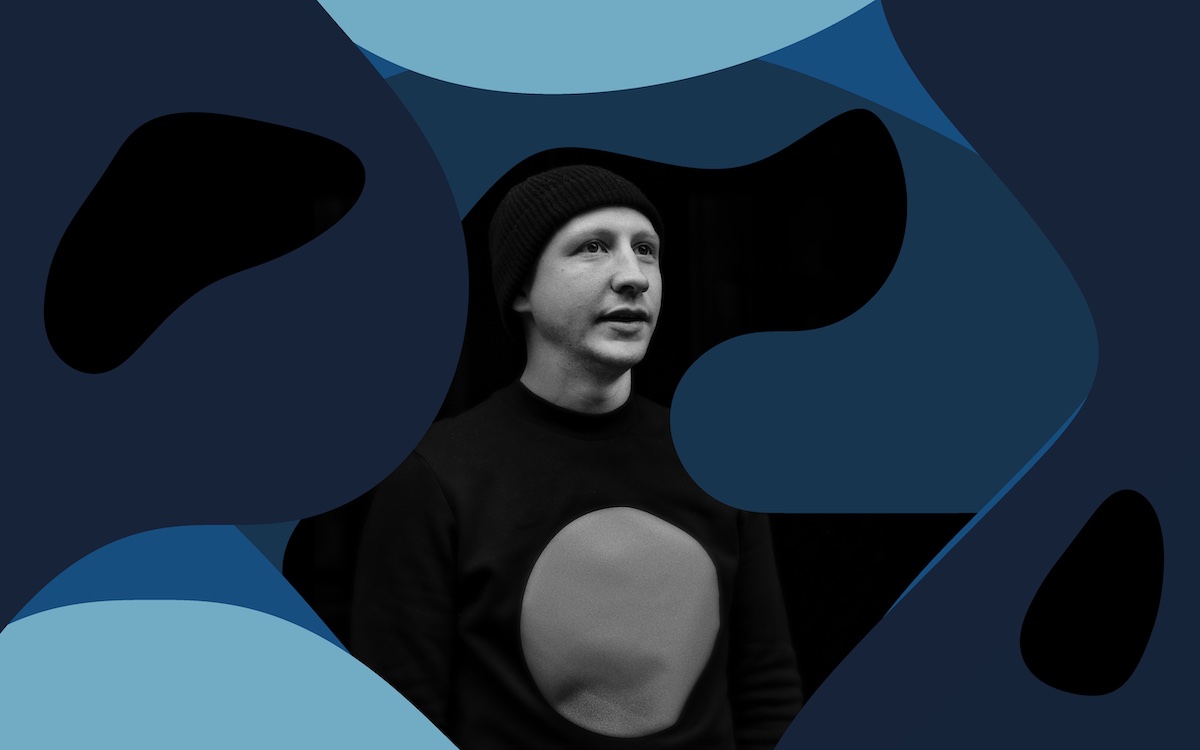 Varsity Star has been building a following with his left of centre electronic sound over the last few years. Now the Brooklyn based jazz musician has a mini album coming and we caught up with him to discuss music, hardware and more.

Varsity Star, welcome to Music Is 4 Lovers magazine, tell us a bit about your younger years and your relationship with music?

Hey – thanks for having me. I grew up playing a lot of music since my dad and brother both play also. As kids we would kind of swap around instruments a lot, but eventually I settled on bass, and once I was tall enough, I moved over to upright and got pretty serious about playing jazz, which I was doing full-on through college. I think the other big music thing for me growing up though was the fact that I tended to go to schools that were kind of a long drive from my house (40-45 minutes or so), so I was clocking in a lot of hours of listening every day. Jazz was big in my household but also the usual indie stuff from the mid 2000’s was big for me too, and still is. I can’t really remember a time where I didn’t see myself as a musician, or at least a music kid, but I’ve definitely changed paths within that a decent amount by this point.

How have you managed to keep positive and, lets face it, sane over the lockdowns?

I’ve been really lucky in a lot of ways – I have an apartment that’s big enough for me and my girlfriend and also has a somewhat separate room for my studio. We were both pretty careful with the restrictions, and I eventually got pretty used to things. The beginning in New York really was crazy – it felt apocalyptic. But I just kept working on tracks. It was a really productive year for me actually – ‘That’s Something’ and the new record, ‘More Than Anything’ are both pandemic-era projects. I think also since I knew I could play live, I really pivoted further into making tracks that were really detail-oriented. I was kind of disappointed not to be able to tour ‘Things Look Better From Far Away’ but you kind of have to take these things as a chance to change up your strat if you can.

I see you have a third release coming out on Small Pond Records titled ‘Mixtape’, how does this single differ from the previous two?

This one is the oldest track on the release I think. Definitely the track with the most kind of 90’s UK stuff in it,  especially the really big reverb synth thing on the right channel. I think the first single, ‘Summer’, is probably the dirtiest track on the album and ‘Pipes’ is probably one of the cleanest, and ‘Mixtape’ is kind of drawing off both those kinds of sounds; I managed to get away with a really lofi guitar sound on it but also some really precise synth drums.Visually, ‘Summer’ was a very curated, precise thing that Manav C137 put together. He did a really amazing job with it, and we went down so many rabbitholes getting every little animation right. The video for ‘Mixtape’ is a realtime rendered thing I made using some generative elements, and I’m hoping to use as a visual system for live shows in the future. It really closely maps to the track, but it’s all one take with no editing, so kind of a totally different approach.

Musically, where or how do you get your inspiration?

When I was younger it came a lot from just copying other people’s stuff I liked. These days I think I still do hear things other people do and get excited to check out the idea in Ableton, but I think things come more from what’s in my head these days. A lot of my tracks start as piano demos, and I figure out how I want to put them together as a track after that. I don’t use sequencers and I’m not that interested in making algorithmic/generative music. But in general, if I have a good piano idea and a good beat – I’m excited. That’s enough to go on for a while really. After doing remixes this past year for people I’m getting more into doing collaborations also – in certain ways it making the music making so much easier because when you get stuck you can just hand it off to someone else, but it’s also hard for me to work with other people without taking over.

What’s your favourite piece of hardware in your studio currently, and what have you always desired to add to your collection?

I’ve actually had a really stable set of gear for the last couple of years, and I don’t have any super fancy synths. Probably my most sought-after one is my MC-202, and it is a great, really musical synth. I have a couple poly synths but I actually probably get the most use out of my Korg Minilogue. I think it’s just really easy to work with and get a sound from, and it has just enough features. I have some other synths that have loads more features to work with but really, 80% of it is just useless to me. If I had unlimited cash, I would probably go for a Jupiter 8. I’ve only really heard them on YouTube but they sound ridiculous and also look sick (the button colors are awesome). Those synth demos are so funny because people just play dumb Van Halen songs on them but you can still tell that in the right hands you could get some really awesome stuff going with them.

What is your all time favourite event you’ve played at?

It’s funny – I haven’t played a ton of shows with this music but I’ve really played at a lot of weird nights. Honestly, none of them were weird in a very good way, like one time I played at a warehouse party with no heat on probably one of the coldest nights of the year. That was kind of bad but also I remember the DJs who came on after me faded out my track in the middle – pretty brutal for me at the time. I also played at some gig on a crazy hot summer day in this DIY venue with no A/C, and my computer just literally shut off completely. But as far as the best, I actually opened for this indie band (the genre-matchup made no sense) at this small venue in Brooklyn kind of soon after I finished my first record. It was my first time doing an actual full length set in a room full of people, and actually getting a response, and it kind of just blew my mind. I had just been working on these tracks in my bedroom and to see it all come together and actually get a feeling going in people was so surreal.

What do you do to relax and where is your ideal holiday?

I do a lot of eating and drinking, and that’s kind of the answer to both these questions. It’s tough for me to get excited about a place where the food isn’t good. I think for me at this point the best kind of place to go is somewhere with great food that’s as different from my current culture as possible. I went to Japan a few years back and that really checked both boxes – I would love to go back again but there are probably so many other cool places I should check out before I start repeating places.

What can we expect from you in the next year?

I probably shouldn’t say this but – I don’t really know! After the record release there will be some remixes coming out for it, and some other people will be putting out remixes I’ve done as well. After the record, I’m working on some collaborations with people, although for the collab EP I’m working on with one guy, the label told me not to talk about it yet so, I guess I’ll just generate some mystery here. I would love to play some live shows but we’re in such Covid limbo now that that also seems up in the air. I’m a big rule-follower so I don’t want to play a show that could end up being dangerous. If it does come together it will be a good chance to finally do live visuals also – it’ll be a lot of work and we’ll need to find venues with good projectors but I think it would be awesome to bring this stuff to a bigger stage than Instagram. Definitely there will be more music from me coming out though, one way or the other.

Stream across all platforms here: