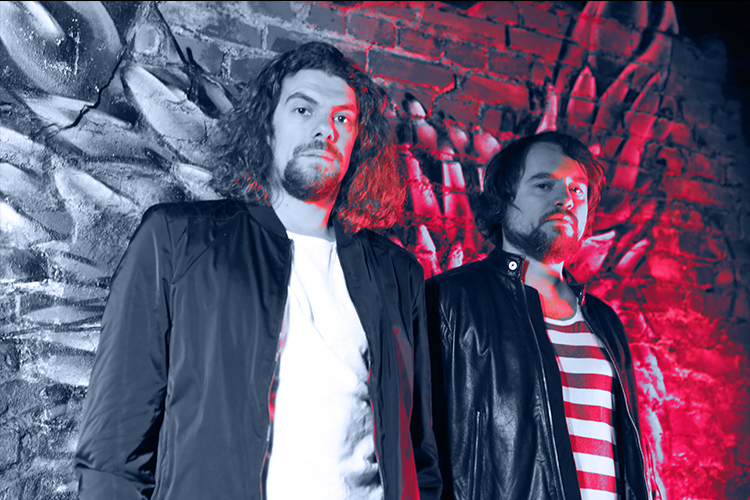 Germany’s much-loved house music mainstays Tube & Berger are currently amid their 9-date North America tour, so MI4L thought this would be the perfect opportunity to catch up with Arndt & Marko to get the lowdown on spinning stateside, Miami Music Week, politics, Kittball Records and much more…

Hello Arndt & Mar​k​o, welcome to Music is 4 Lovers, where in the world are you right now?
Right now we’re 32,808 feet above North-West German ground, on our way back home from a very cool show at “Moin” in Hamburg.

You’re currently amid your North America tour which includes two dates during Miami Music Week before you hit Los Angeles, Ottawa, Winnipeg, San Francisco and Portland. What do you like most about touring America/Canada and what city/place do you find reacts best to your music?
We’re always looking forward to hang out with America’s crazy party people! Also, we’re happy to make our debut at Exchange LA and be back at Audio San Francisco again. Last time that party was off the hook! For us, it’s really interesting to see how cities like Winnipeg, where we haven’t played in before, react to our new tunes.

What we also like about touring America and Canada is that we can meet some of our fellow DJ and producer friends again. In Ottawa for example, we’re going to hang out with Return of the Jaded and we’re also pleased to get to know Bontan in San Francisco. 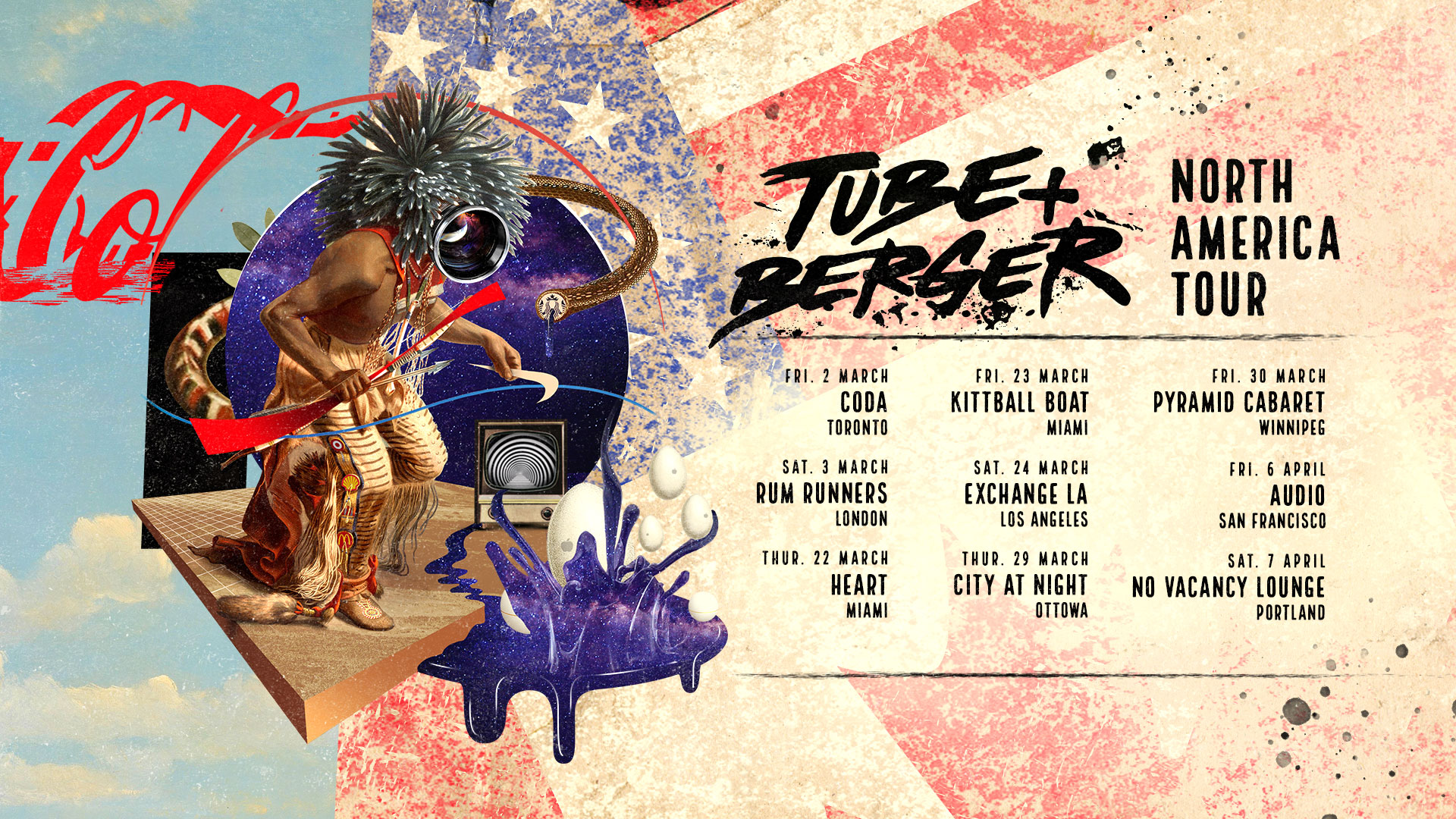 Your Miami dates will see you join Toolroom Records kingpin Mark Knight at Miami’s Heart Nightclub on March 22 plus host your own Kittball Records yacht party with Juliet Sikora on March 23. Please tell us some interesting stories about when you’ve previously played in Miami and what you’re most looking forward to this time around?
Going to Miami during its infamous Miami Music Week is always a very funny thing to do. The clubs are packed and everyone you meet has deep music business insights. Ha ha!

Last year around this time, a self-proclaimed music professional told us that hardcore will never die!

Also, we played at the all gone Pete Tong party at Miami’s Delano hotel with a super wildly mixed line up, including MK, Dimitri Vegas & Like Mike, Dubfire and Nervo. However, we can’t say whether EDM or the underground people partied harder.

What other artists are you looking forward to seeing perform during Miami Music Week?
We can’t wait to see our colleague and Kittball label mum Juliet Sikora performing! We’ve heard that she will test a variety of her new productions for the first time there! Also, we’re definitely heading out to the Surfcomber Hotel to pass by the Toolroom party and meet the guys Dennis Cruz, CamelPhat, Weiss, Adrian Hour and of course the Toolroom boss Mark Knight.

Last year saw the release of your acclaimed sophomore LP We Are All Stars and we’ve been told there’ll be some exclusive remixes available soon. As dance artists, why do you feel album projects are still important to make with the current climate?
Creating an album gives you the incredible freedom to showcase a different side of your artistic capabilities. Also, the sound doesn’t need to be tailored to clubs and big PA speakers anymore–you can send the listeners on a 12 track long journey, which you are directing with your sounds.

What’s really special in a remix album is to listen to how other artists reinterpreted your track and make​ it​ in​ to something new. We are happy to say that Amine Edge & DANCE, Dennis Cruz, Format:B, the newcomers Roumex and many other great artists contributed to this ​release​.

We know you find politics interesting (especially after watching your powerful video for ‘ICMF’ here). So, in this crazy world, if you ever happened to become presidents of a country what would some of your key policies be?
At first we would get rid of all these horrible weapons (of mass destruction) and a lot of TV channels. We would strive for a peaceful form of anarchy. It’s a big task, but we would get rid of corrupt politicians and banksters and replace them with good people. Unfortunately, this space here is not big enough to write down our whole concept haha​!​

You’ve been running your established house imprint, Kittball Records, alongside Juliet Sikora for a many years now, which is a great achievement. Can you please take us through some of the key factors that have contributed to Kittball’s success over the years?
Maybe it is because we try to listen to every demo we get. Also, we’re not signing shit music from ​high profile acts just because they’re popular, or ‘hot’ right now.​ ​We’ve also signed bedroom producers because we believed in their ideas. Meanwhile we see​ ​them on Instagram touring through Brazil with private jets.

What 5 Kittball releases are working the best in your DJ sets at the moment?

These two tracks are from a very beautiful EP that ​we’ve just​ ​released on Kittball by our man Frank Sonic. We have been testing them ​for a while​ ​and it is so energising…

A wonderful magic track by the upcoming DJ/producer/live act ​d​uo ‘Roumex’ from Nuremberg, Germany. Their tracks are made of real handwork. Also​,​ their Live Sets are stunning, as ​o​ne half of them is playing the guitar and the other one improvises on the violin. Roumex are very cool guys ​and you’ll​ ​definitely​ be hearing about more in the future.

A very groovy tune by the diligent, Italian DJ and Producer duo The Deepshakerz. The spoken vocals really add up to that tight bassline.

This one was released last year and is unfortunately not known to many yet. It always brings a crazy amount of energy to the floors​ ​- Jupiter Pace is the alter ego of Kean Sanders, who is a friend of us and​,​ by the way, currently helps us to optimise our studio acoustically.

What artist would you most like to release on Kittball and why?
Daft Punk! Because… Daft Punk!

Lastly, what’s in the pipeline for Tube & Berger & Kittball Records?
As we’ve mentioned earlier already, the remix version of our album ‘We Are All Stars’ will be released, with remixes from Format:B, Amine Edge & DANCE, Roumex and many more. We can’t wait to share it with you.

Also, ‘Cabala King’, our upcoming Toolroom release is in the pipeline! Insider info: the name is an anagram of black again, which was our original name idea for the track.

Next to that, we’ve made some changes to our monthly podcast “Deeper Sessions”. For example in the next edition, you can hear an interview of the talented “Roumex” boys which we mentioned earlier already.

Also, keep your ears and eyes open, because we’re working on the third edition of our ‘I​t ​B​egan In​​ ​A​frica’ charity compilation! 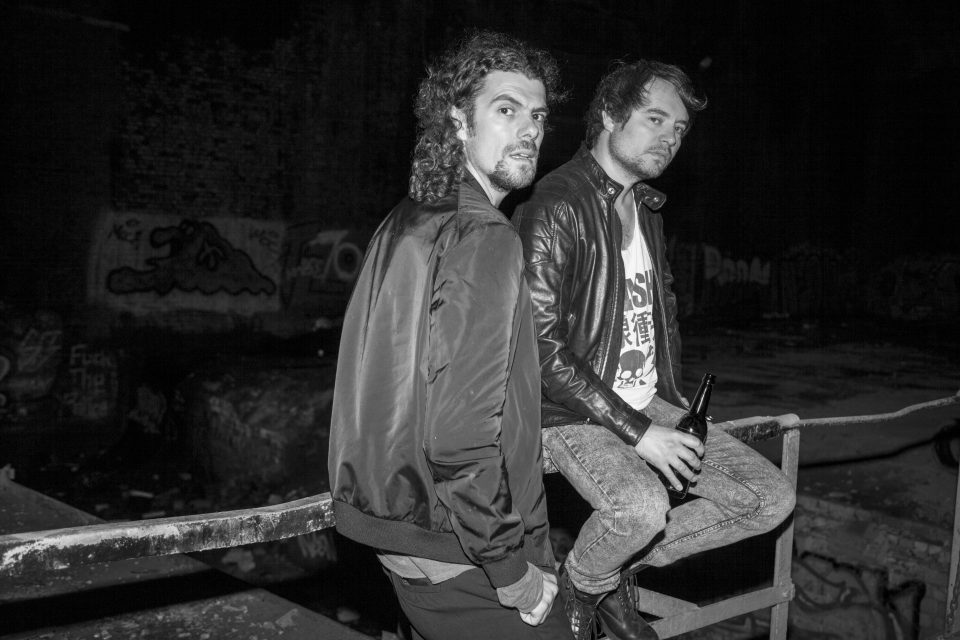