Interview: Toronto’s Demuir “Music, much less underground electronic music, is like breathing for me.” 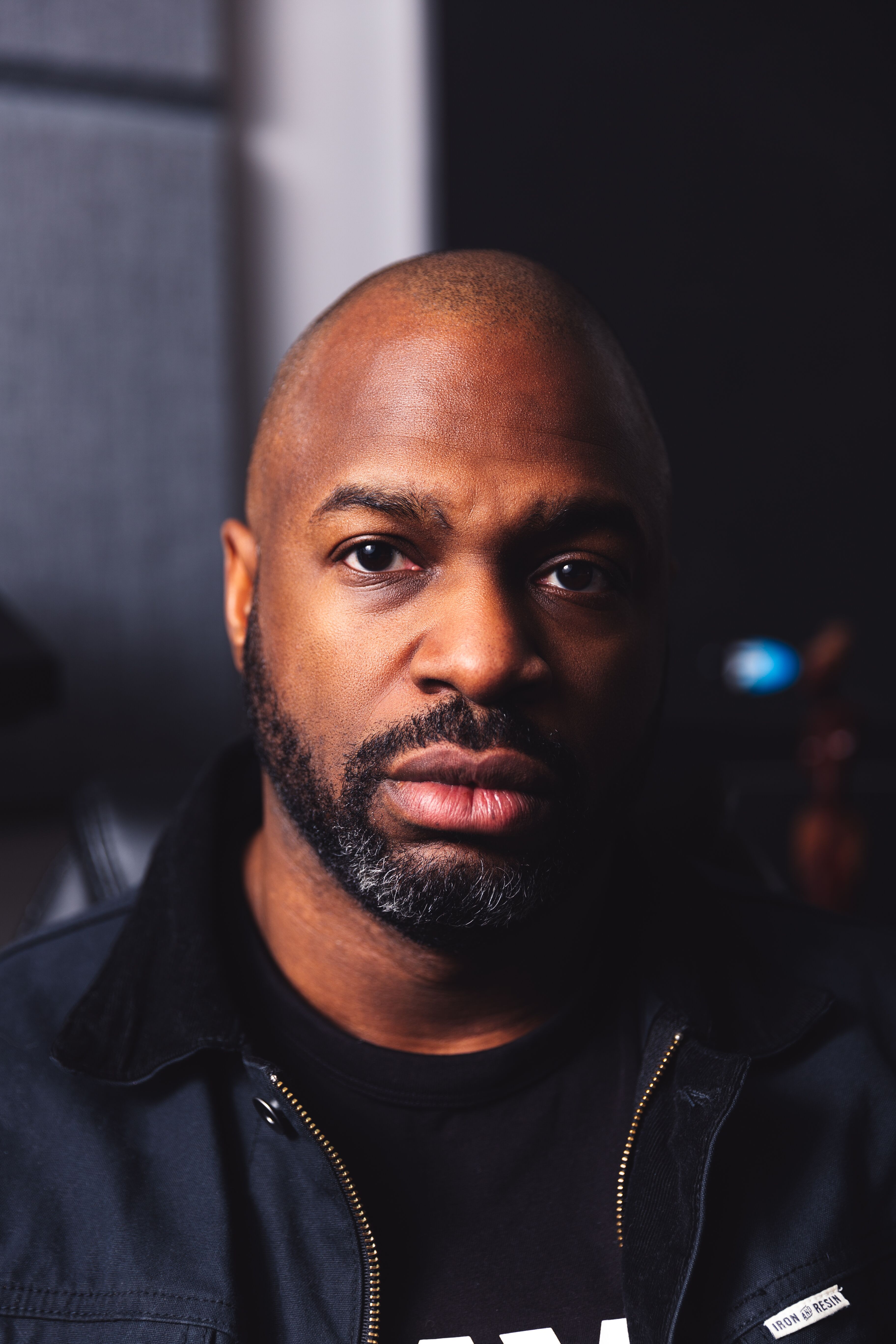 Toronto’s very own Demuir, transcends underground dance music through his every move. This DJ/Producer/Label Boss is known for his eclectic house sounds that exudes hints of funky, sexy and soulful beats with every set he plays. Travelling internationally to play at some of the world’s most unique venues, Demuir has come a long way in his musical career. We got a chance to speak with Demuir ahead of his Toronto performance at CODA this Saturday, September 14th, along with Nathan Barato and Chris Larsen!

Thanks for the question.  I believe this as a result of my consistent actions day-to-day. Music, much less underground electronic music, is like breathing for me. I have a solid daily schedule that maximizes my time, from listening to artist demos that represent the RAW aesthetic we are looking for on my label Purveyor Underground, to my daily commitment in pushing myself in the quality of music I produce, which means that I ACTUALLY produce it and not held to specific genres.

You have had quite the musical up-bringing, tell us more about what got you into house music in the first place and what prompted you to begin producing and performing?

My first introduction into house music was in high school through mixtapes friends would share and listening to cutting edge stuff on Ryerson radio back in the day.  Nick Holder was also instrumental with his radio show on York University radio, which is still kicking it today.

These elements, along with the discovery of originating Hip-Hop sample sources being in my Dad’s record collection, prompted me to give it a go. It also helped that my Dad, who is a musician, had a Hammond B3 Organ along with a Yamaha DX7, and drum machine. My parents were ultra strict, so I couldn’t go to raves and parties that were playing my early releases on Stickman Records…LOL!  However, it allowed me to spend countless hours working on my craft. Grateful for that.

You travel quite often performing around the world. Coming back to your hometown of Toronto, what venues do you look forward to performing at the most?

It’s always nice to perform at home in front of an appreciative crowd, but I’ve always wanted to play at CODA and I got that opportunity to debut there with a surprise B2B set with Josh Butler back in July, that he will be posting on his Mambo Ibiza show next month. Such an incredible vibe and proper sound system. Joel and team really got that one right!

My next target venue to be at home is Sunnyside Pavilion. Such a fantastic outdoor venue against the water on the city’s Lakeshore.

“I much prefer the energy in the room to determine what I will play and how I will play it regardless of the type of day I’ve had. I find it so incredibly unfair to people who go out of their way to come see an artist play, just to have that artist be inconsiderate of curating a vibe that is intimately made for them.” 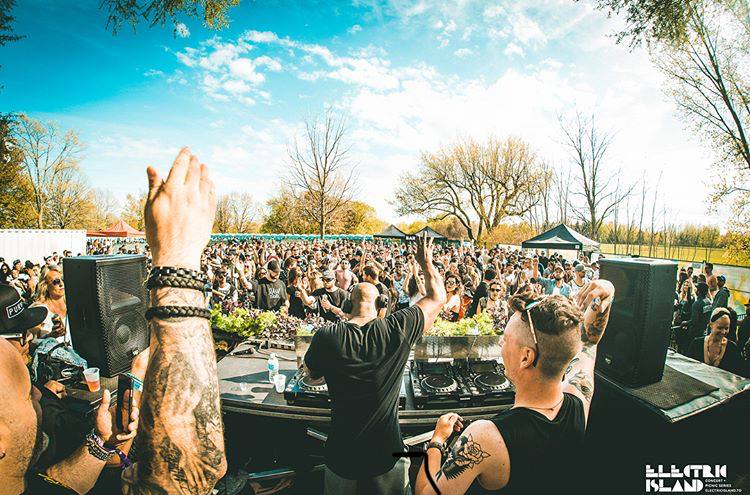 Tell us a bit about how you prepare your sets for a show? How do you curate your track-list?

My core preparation is to NOT play the damn same thing at every set. I much prefer the energy in the room to determine what I will play and how I will play it regardless of the type of day I’ve had.  I find it so incredibly unfair to people who go out of their way to come see an artist play, just to have that artist be inconsiderate of curating a vibe that is intimately made for them. Playing the exact same set at every gig just tells people it’s more that DJ’s ego than it is about the art. DJ’ing is all about creating those moments for DJ / Artist / Producer to create with their audience in tandem.

In order to do so, I go in with a set of new tracks I would like to play and staples that represent me, but I’m very open to our experience defining moments and “how” they are executed.

You are set to perform at the infamous CODA, on September 14th alongside Nathan Barato and Chris Larsen, who both happen to be from Toronto as well. Have you performed with either of them before? What are you looking forward to the most about this show?

We have all played together at Electric Island on the Moog Audio Stage. Such a nice vibe!

I’m looking forward to being in a club space with both Chris and Nathan because the energy will be much different than the outdoor space found at Electric Island. The dark shadowy corners of CODA certainly set things up for a serious pounding of bass and other aesthetics. Rinse!

Make sure to catch Demuir at CODA this Saturday (September 14th)… Tickets are available through this link, and be sure to RSVP to the Facebook event here. 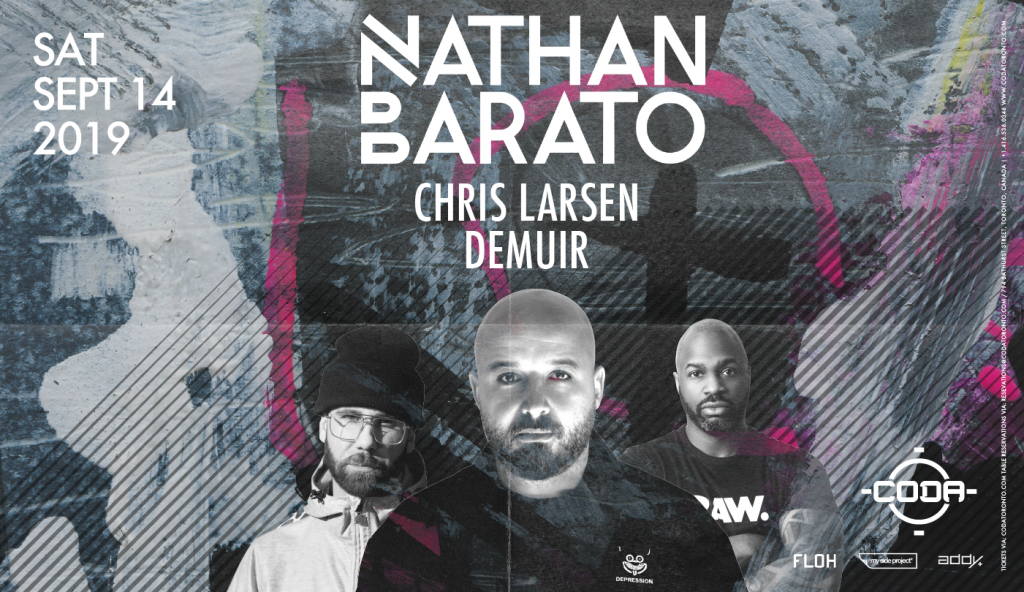