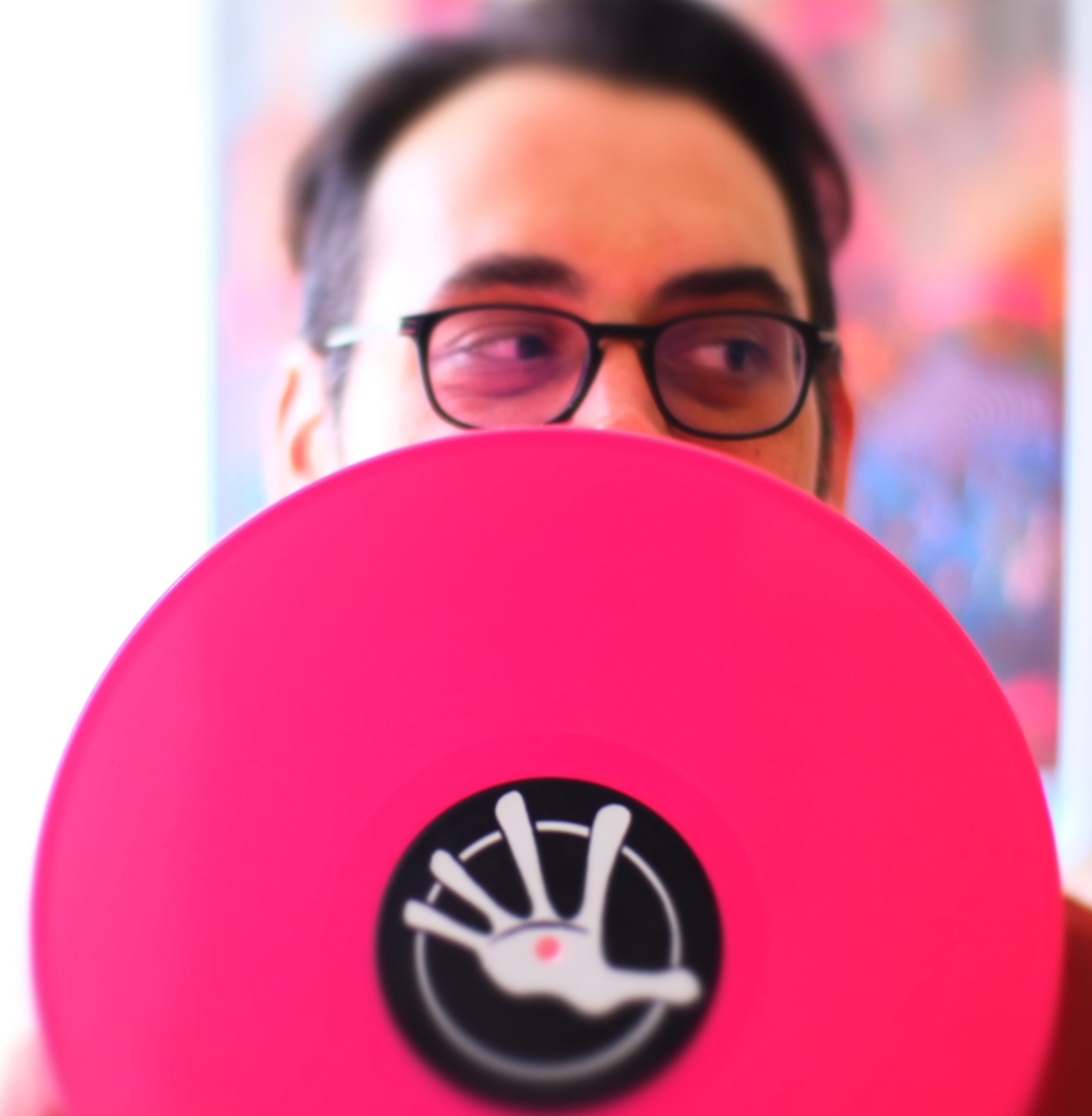 Co-founder of the Parisian record label, Frappé Records and long-time vinyl digger, Ten Fingerz produces and plays relentless, powerful and groovy house music. Having previously lived in Scotland, he held a monthly club night in Edinburgh at a spot formerly known as the Red Vodka Club which is now Sneaky Pete’s.

His new track ‘Café Padilla’ is coming in hot via Paris, Glasgow and Ibiza. This uplifting track has a danceability that people all over the world can connect to.

A tribute to the late, great José Padilla. Ten Fingerz pays homage to the famous white isle selector with a track that has Balearic, house and tinges of acid all carefully nurtured together with love. A transportive piece of music that will have you dancing on the rocks by Café Del Mar.

We caught up with Ten Fingerz to find out about his new release, Laurent Garnier being a fan and what his favourite Scottish food is… 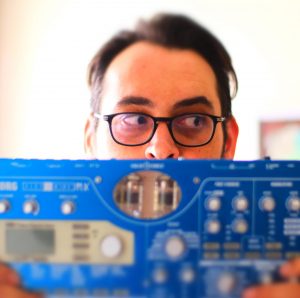 Hi guys, thanks for having me! I’m in Paris these days, promoting the release of ‘Café Padilla’ on Dealt With Records, preparing the next Frappé release which will be available on May 14th on vinyl and digital and I’m making some new music for my label and for others. So quite busy considering we’re still locked up here in France. Being locked up with my vinyl and my machines, I never get bored!

The funny thing is I made this track while working on the 3rd Frappé imprint which went out last month; I was working on a rawer sound on my Korg Minilogue (the stuff you hear on the Frappé release) when I found the chords for Café Padilla and I thought they sounded fresh and bouncy – but maybe a bit too uplifting for the Frappé release. So I thought I’ll save them for later but kept coming back at them in between sessions.

José Padilla had just died (R.I.P. legend) a month before and somehow these chords resonated with me – I imagined they would be something that he may have enjoyed and that leaned towards the Ibiza sound. So one afternoon I stopped my other project and sat down to wrap this one up. I got all the structure together, finished putting together the long synth and vocals the morning after and the track was done.

I don’t have a “method”, as such, but I tend to go through the same routines. I may have something that pops into my mind, like a melody or a bassline or something which I’ll try to turn into a track. Or I have an idea of something that I would like to do and I sit in the studio trying to make something out of it, sometimes it works, sometimes it doesn’t.

The funny thing about ‘Café Padilla’ is that I didn’t really intend to create a track like this, it’s more like, the track found me.

Man, that was like, I don’t know how to put it into words…it was surreal when I found out about the comment he left on the track. I first saw him DJ at a rave near Chambery in 1995 and have followed him ever since. He’s influenced the way I DJ and my vision of music a lot. For me, one of the 2-3 best DJs in the world and someone I totally look up to, he was at the very beginning of the development of dance music in France. So I was gobsmacked that he listened to my track and liked it. It felt like it wasn’t my music he was talking about, it was like a dream. I don’t think I fully realize, still!

Very very important. I moved to Edinburgh at the end of 2002 to study. I was supposed to be there for 9 months, I ended up staying 3 years and 9 months, haha! I discovered people who were really into music with much better knowledge about dance music than your average French person at the time. When I moved there, I didn’t really play that much house, I was more of a techno dude who also liked house music and spun a few house records here and there. But when I moved there I went to all these nights like MotherFunk which was free every Tuesday night at HoneyComb, or Split at Cab Vol which was a Jungle night and I just started listening and buying more house music, among more various genres. I had a lot of fun really. I bought a lot of second-hand house records for Underground Solu’shn on Cockburn street, he had plenty of quality records in really good condition for cheap! Most of them I still play to this day.

So when Dealt With approached me to release a track, which is the first track not to be coming out on Frappé, it felt totally natural and a bit like going back home, a place and a country where I’ve already had so many great musical experiences and memories. I really want to thank them for releasing the track and for all the good work.

HoneyComb on Niddry Street is probably where I spent the most nights. I don’t think it exists anymore, but I was a regular on Tuesdays at MotherFunk and Craig Smith from the 6th Borough Project also ran a monthly night called ‘Audio Deluxe’ which was fantastic and sometimes free. He’s an awesome DJ, he’d play really soulful, deep, groovy house music and a lot of DJ Gregory stuff which was coming out at the time in 2003/04. I have great memories there.

In Paris, there are many venues these days, which are great, like Djoon, Sacré and of course the Rex Club which is an institution and its new sound system is dope!

Scottish it has to be Haggis, neeps and tatties. I adore it.

If you’re talking about guidance on what’s gonna happen next, it’s more like a mess that nobody really understands…I guess it’s gonna get better once we have a reopening date, sometime soon we hope. We’re working to get gigs and some Frappé nights with my bro from Frappé Basile de Suresnes. Hopefully you’ll be able to catch us soon at some Parisian venues.

For the events, it’s really hard to give any advice, as there is just nothing happening so it’s a matter of how long can you live without a revenue and i don’t have the answer to this. But like any crisis, this one is also an opportunity, so I’ve just kept focus on making music like ‘Café Padilla’, to keep going, work on music productions, talk to people and make sure this period is not a waste of time, make something with a positive outcome when it’s finally over. I don’t know if I’ve managed it yet, but I’m working hard to try and make sure all the work during the last 12 months will pay off.

There is more music coming out on Frappé in the coming month, with some new tracks from myself. I’m making more music these days so hopefully, more music will also be coming out on other labels. I’m doing some DJing, mostly on vinyl, (wink to DJ Sneak another mentor who’s inspiring me a lot on that). You can listen for example to this set I recorded for my friends at Itineraire Bis last month :

I can’t wait to go out and just bust a dance floor, turn it into a massive mess and drive people nuts, I hope they are ready because I bloody am.