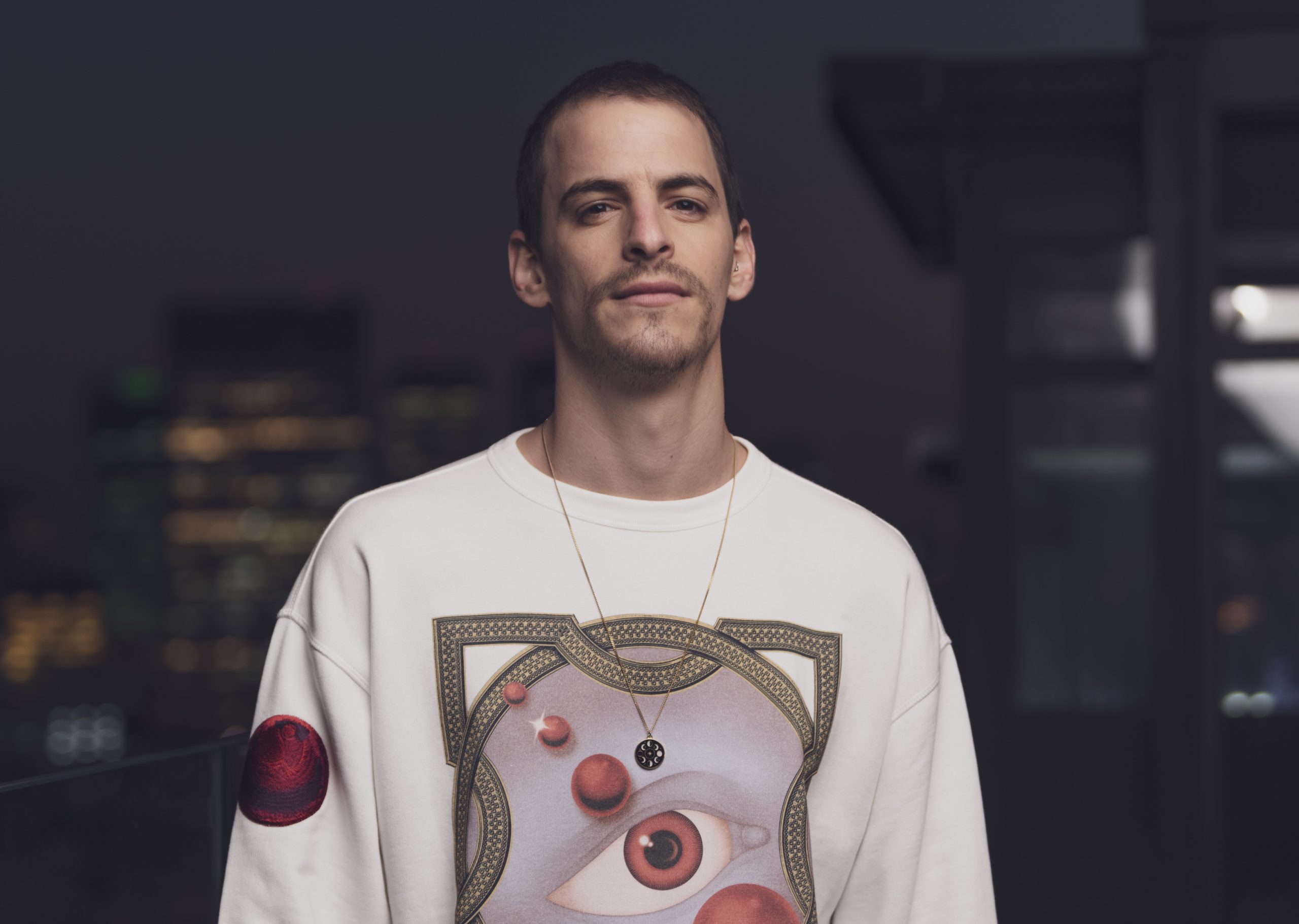 Israeli-mainstay Adam Ten is a leading talent in Tel Aviv’s thriving underground scene. Having cut his teeth in the capital for over ten years, appearances across the Isreali club-circuit have not gone unnoticed, with international performances swiftly stacking up across Europe, Africa and North America. Last week, the rising talent made his debut on Rebellion with “We Move”. The four-track EP also includes a collaboration with fellow Tel Aviv artist Mita Gami. To mark the release we caught up with Adam Ten to talk about the EP and how the year has been for him!

1.) Hello Adam Ten! How is it going and whereabouts in the world are you at the moment?

Hey! I’m at the studio working on some new materials for next year.  2020 has got us all surprised, things are not the best in terms of anything related to art culture and music. But, it could always be worse so I let myself choose to be positive today

2.) We’re coming towards the end of what has been a very eventful year for many reasons. How has the year been for you? What has helped keep you going through what has been a challenging time for many?

This year has been very challenging for every musician out there, as most of the income in the music industry is built around doing shows or playing gigs. This year has taught me to take a step back and rethink about my career from all aspects. It has had a good side when I think about my music production, as I dived deeper and learnt a lot in that period. Also, I went in new music directions which I probably wouldn’t have gone in if things were normal. The challenge for me is disconnecting from my mind and connecting to my feelings when I’m producing music, that’s usually where magic in the studio might happen.

3.) Let’s talk music! Your latest release is about to drop and it is arriving via Crosstown Rebels’ sister label Rebellion! Huge! Can you tell us a bit about the “We Move” EP?

Generally, This EP includes different types of dance music that I enjoy playing. I was DJing 10 years before I started to produce music so I think it helps me a lot to deeply understand where and in what situation I want each track to be played. Some tracks could have a huge impact on people when they’re played at the right moment, but then they could be horrible if that moment isn’t right. I think about “We Move” & “Hamakor” more as opening groovy tracks for an outdoor experience. “Mita In Reverse” & “The Queen” are more dramatic in a way and would stay with you in your head when you’re leaving the party.

4.) We love the tracks on the EP. Can you tell us a bit about the process behind making them?

Every track has it’s one story, but let’s share some light on ‘We Move’ and ‘The Queen’ with Mita Gami. The title track ‘We Move’ was done because of a mistake; I was working on another track and then somehow when I searched for the main line on my roland synth, this bass came to me and I immediately knew I needed to use it as a main hook for a new track. I opened a new project, recorded that bass and added some groove to it. Then 3 hours later most of the track was ready and I even played it on the same night. ‘The Queen’ came about when me and Amit (aka Mita Gami) were thinking about making an after hours house track combined with a rock’n’roll feeling. I did the groove and amit was playing the guitar around it. After that we searched for the right vocal to fit in. We weren’t sure about the outcome but then the first time we played it the reaction was huge and we knew that we had something.

5.) How and when did you first get into producing? What equipment did you start out with and have you added to it since?

As a DJ first, I started to imagine how I wanted my tracks to feel if I were to produce them and then eventually it was time to take the first steps and to do it. I started to produce music around 3 years ago, putting lot’s of hours into learning as much as possible, making lots of horrible tracks during that period. The important thing I understood is that the only way to get better is by making lots of mistakes and learning from it. My equipment in the beginning was basically Ableton with few extra plugins around it. Since then I’ve added some Roland Boutique synths around it (SE-02 and JU-06A) and TR-8S drum machine. I like to keep my setup simple so I can focus on the track ideas and the music rather than the technical aspects around it.

6.) Which artists have inspired you the most throughout your life and that perhaps made you want to pursue music yourself?

There are so many artists so let me just name a few that have kept me inspired over the years: Four Tet, Floating Points, John Talabot, Roman Flugel, Bicep, Mano Le Tough & DJ Koze.

7.) As an artist who is seeing his dedication pay off with some super strong releases, what advice would you give to artists who are working to achieve some of their first releases?

There are few pieces of advice I can share:
1. Work hard and don’t look for shortcuts when it comes to the quality of your music. If you need to pay for mixing help that’s completely ok, over time you will learn how to get your tracks to sound better.

2. Share your music with many people and send it to many labels. Don’t be afraid to get rejected, you need feedback so you can improve your work, plus, you can never know which label is gonna like it. I sent my tracks to around 40 labels and got 1 yes reply eventually.

8.) Adam Ten, a pleasure to speak with you today! A big congrats on the Rebellion release too. To round things off, what do you think 2021 holds for you? Are there any releases on the horizon that you can let us in on?

Thank you for the lovely interview. As for 2021, I have a new music brand I’m working on plus new releases on Selador, Multinotes, Sapiens, Upon.You, Engrave, Blindfold and a few more surprises… 2021 looks promising!