Interview: Sydney Blu ‘I went to Berlin because I figured the city would help me play more authentically and inspire me to tap into myself even more. I fell in love with music again.’ 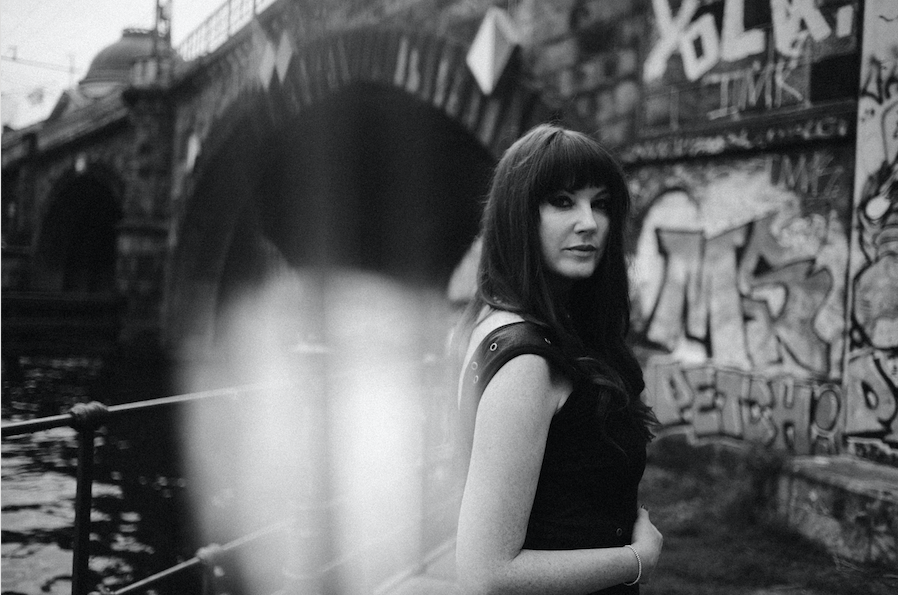 After making the move to Berlin – the epicentre of techno music this past January, Sydney Blu embarks on a stacked North American fall tour with stops in Phoenix, Denver, Miami, Las Vegas, Vancouver & More. Residing in Berlin has infused Blu with new inspirations for both her productions and club culture experiences, however an over-due visit to some of her favourite stops in USA and Canada are necessary to re-connect with her North American fans. We had a chance to speak with Sydney Blu in the midst of her tour and here is what she had to say…

You have recently relocated to Berlin from Toronto, Canada. Berlin is known for its constantly evolving and rich music culture. How has the transition from the North American music scene to the European scene made a difference in your creative process so far?

Creatively I am more focused on playing and making music intuitively. In Berlin, every kind of underground electronic music is popular and you can be as creative as you want and people appreciate it! I play everything from dub house to melodic, progressive and even indie dance. I went to Berlin because I figured the city would help me play more authentically and inspire me to tap into myself even more. I fell in love with music again moving there (as everyone does). I probably go out dancing more than I have in years too! There really is no schmoozing in Berlin…just dancing, creating and appreciating music. Thats why I’m there.

Listen to a live set from Sydney Blu @ Polygon in Berlin:

For anyone, moving to a different country is going to come with its challenges and such… What have you found to be the toughest part of your transition both personally and for your career, and how have you tackled them?

Moving to a different country there will always be a bit of culture shock. Every country has different laws, policies and people. I think it can be tough, but these experiences make you stronger, more open minded, more understanding of other cultures. Germany is strict about doing things right so I made sure I had everything in order for my VISA to live there and it paid off because I now am able to permanently live there for the next 2 years. After this, my renewal will be much easier. I also found moving there not knowing a lot of people, was initially a challenge. I put myself in a brand new market where people didn’t know who I was. Doing this is literally like starting over…but the long term reward for this is so worth it. Now that I am playing more often in Berlin and Europe, I already see how much its changed my career for the better.

“Moving to a different country there will always be a bit of culture shock. Every country has different laws, policies and people. I think it can be tough, but these experiences make you stronger, open minded and more understanding of other cultures.” – Sydney Blu

Describe your ‘Blu Party’ series… what is the difference in the atmosphere at the ‘Blu Party’ vs at one of your regular shows? How do you chose who plays at the parties?

We are in year 9 of The Blu Party right now. It started in 2010 at Miami MusicWeek/WMC because I had just started a record label and I wanted to showcase some great talent. We booked about 10 artists for that show and it has continued in Miami every year since. This event has grown so much over the years. We expanded to Los Angeles, Detroit, Toronto, Arizona, New York, and will be starting in November this fall in Berlin. There have been some massive showcases these past 9 years, with some of the ones at WMC going for 18 hours! The lineups always reflect where I’m at musically and so I book talent that inspires me. I’d like to think it’s a pretty respected event now. Some of our favourite acts we’ve had have been Francesca Lombardo, Stacey Pullen, Kevin Saunderson, wAFF, Fur Coat, Yousef, Serge Devant, Carlo Lio, Nathan Barato, Set Zito, Doc Martin, Riva Starr, Behrouz, Skream…I could go on for an hour! We will celebrate our ten year anniversary next year!

You’re in the middle of a 10 date North American tour, where you will be performing in some of your favorite cities across the USA and Canada! What are you most excited for on this tour? Why do you think it’s important to reconnect with your North American fans?

I have been playing North America my whole career, it’s important to stay connected because it’s still part of my main fan base. The Blu Party is still mainly in North America and I have so many friends that come to every show in all the cities I play! I’m really excited about heading back to Miami this tour (as always) ..its always such an amazing party when I play there. Also in Vancouver, I love Gorg-o-mish After-hours! A special after-hours spot that has been open for 15 years now…and I’m especially excited about Honolulu Hawaii. The Blu Party was just also in Arizona this last Sunday September 8th and it was our debut there with Lee Reynolds from Desert Hearts and Doc Martin. The event was incredible!

Tickets to catch Sydney Blu at any of her tour stops can be purchased through the appropriate link listed through her Facebook events and make sure to RSVP to the event page for all of the latest updates on the shows. 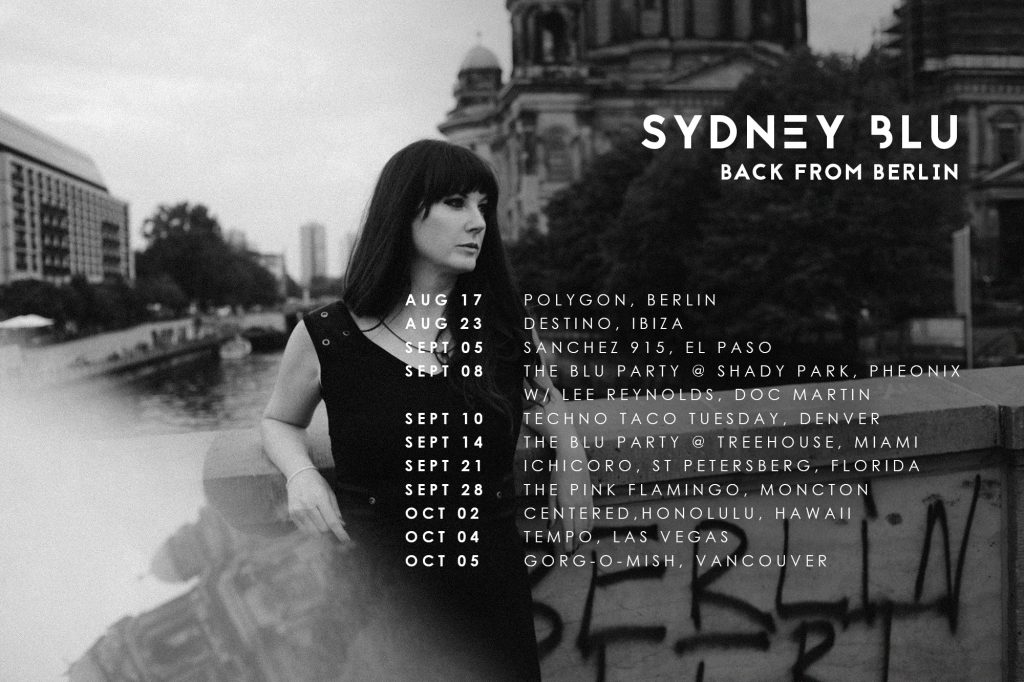