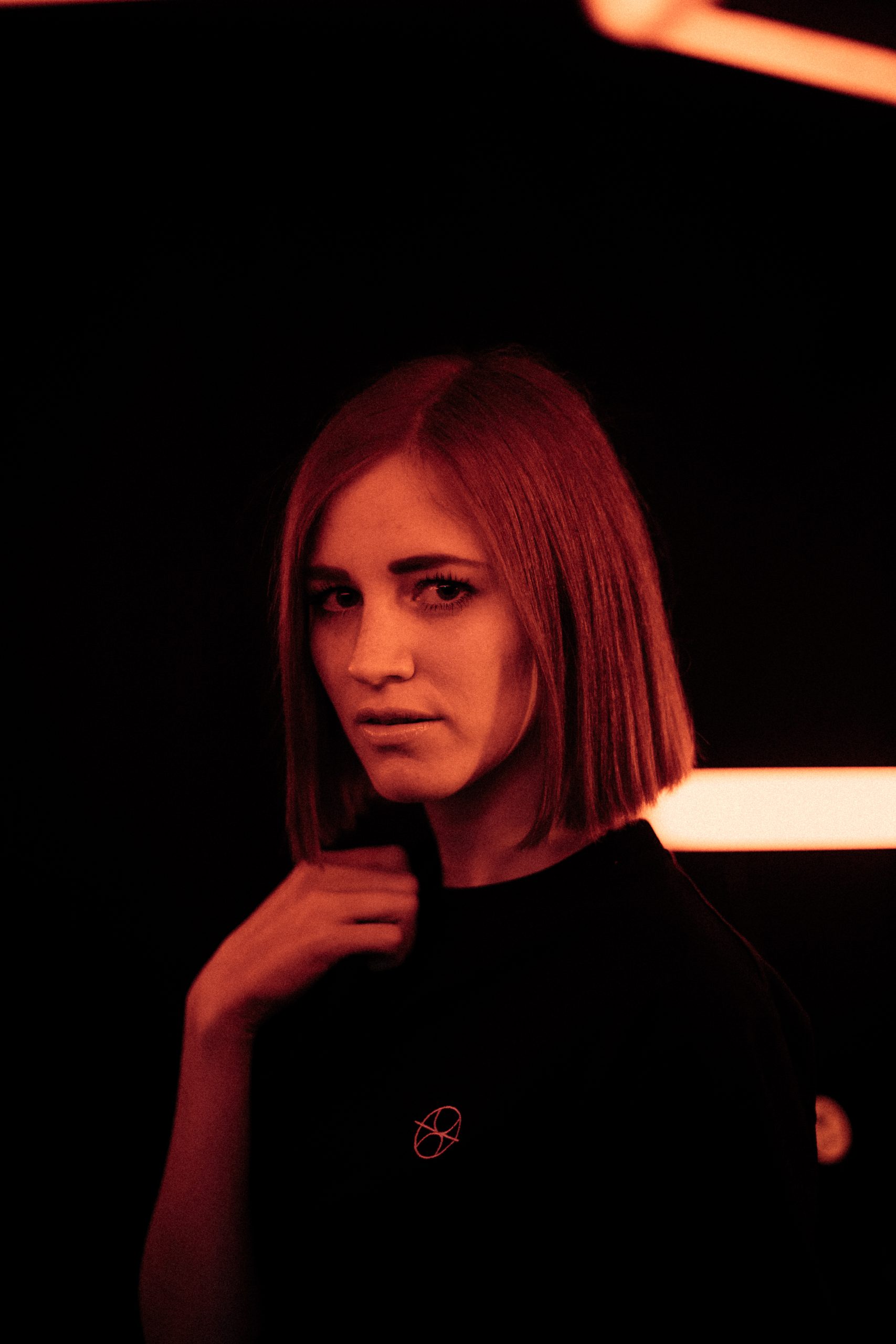 SKALA made her way to Berlin to conquer the techno capital with her pumping melodic sound some years ago. And one thing is beyond question, her mission is for people to emotionally open up, so they leave feeling emotionally escalated, or what she likes to call it “eSKALAtion”.

The passionate producer has been making music since she was a child and combines her background with piano music and her current productions which have been released on well known labels like Katermukke or Stil vor Talent. Now she releases her new track “Cloudless” on Monaberry (Herberts Best XIII) full of emotionality and thrilling arrangements.

What have you been up to the last months?

I have spent a lot of time at the studio during the lockdown, trying out new things and different techniques. It was nice to have the time and freedom to explore and be creative, even if some tracks won’t be released. But now I am very excited that the clubs are open again, and I can go back on tour and share my music with everyone.

Please tell us about your production process behind Cloudless released on Monaberry and what was your inspiration behind the track?

The track started with me playing around on my Novation Bass Station. I was jamming with an arpeggiator sound, which you can now hear throughout the track and, then I built it up from there. I always tell people that music is like therapy to me and that I try to give everyone the chance to feel everything when they come to my shows. During my sets, I like to play a variety of sounds for every emotion, so in ’cloudless’ I am singing a little part saying ‘I want you to feel’ because I would like to remind everyone of how important it is to open up and allow yourself to feel. Especially during the lock down, I realized how hard it was on people not having a social life.

Dancing and listening to music is a chance to let go of stress and feel at ease, like a sunny day where no clouds exist, that’s what I tried to create with this song.

What do you think are the ingredients to great piece of music?

I think emotion is the best ingredient. If music makes you feel something, it doesn’t always have to be ‘right’ in terms of technical skills. I have heard songs that aren’t mixed well, but they had an emotion that moved me. We all have our own stories to tell, and I like to hear them in a song.

How do you balance your time between producing, streaming live sets and DJing?

It’s just good time management. During the day I mostly stay at the studio, then I have my ’weekend‘ on Wednesday/Thursday and go to my shows over the weekend. Most important to me is to put in some free time, because as an artist you can easily be doing something 24/7 but you should not forget to recover in between.

Did a younger you see yourself in the place and situation you are now?

Probably not. It took me a while to actually pursue music as a career because I always thought of it as a nice hobby. I didn’t think that one day I would actually end up doing what I love for a living. So I am very happy I ended up here.

And do you have a proudest or most memorable moment of your career so far?

There are so many moments that I am grateful for. One of my latest proud moments was filming the music video to the ’the future we see’ that I did with Jonas Saalbach. It was my first track where I used my vocals and we filmed the video at this stunning national park in Croatia in front of a waterfall, which was really breathtaking.

What’s next for SKALA?

I got another compilation track coming out on Radikon and an EP early next year on Stil vor Talent. Apart from that I am already working on more music and trying to be behind the decks as much as I can.