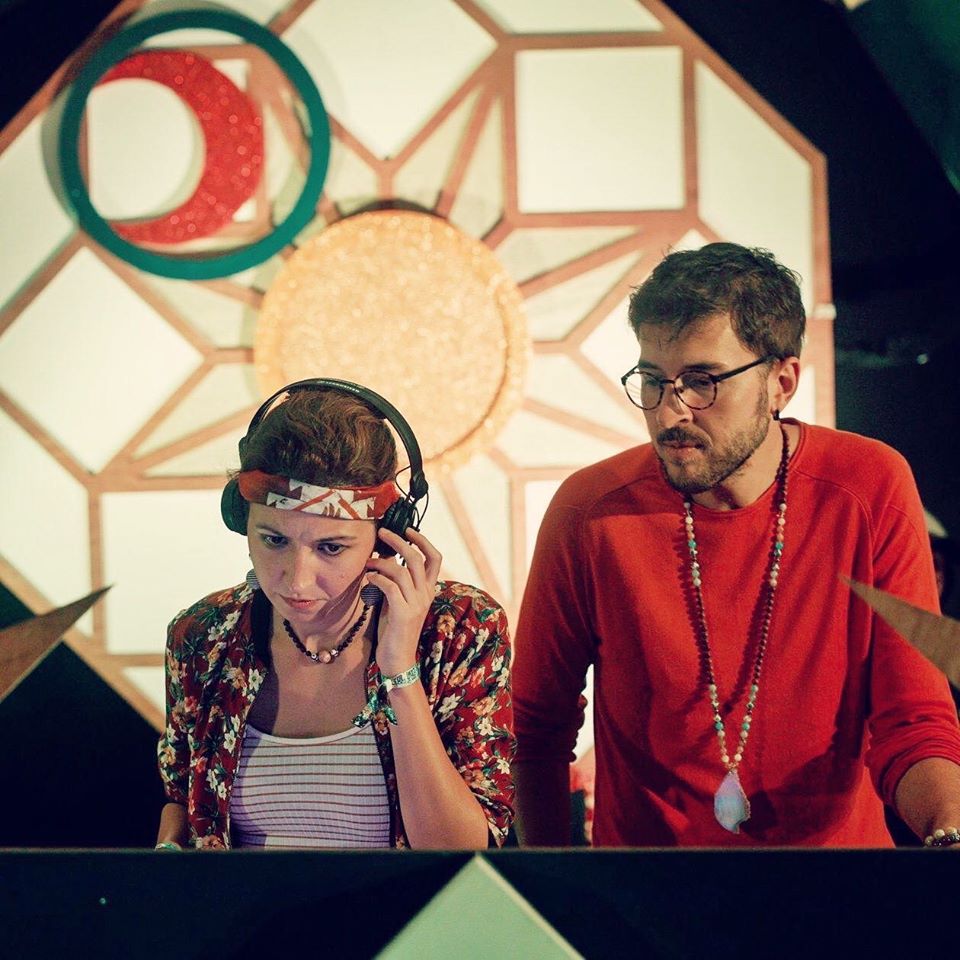 Santi (from Paraguay) and Tuğçe (from Turkey) left their homes to follow their dreams of music and have been road companions and musical partners for more than a decade. Currently based in Berlin after many years of living in the US where they first met, they each bring a vibrant mosaic of influences and ideas from all over the world: soulful melodies, colorful instrumentation, dreamy harmonies, and surgically engineered dance-floor beats, informed by years of Santi’s training in music composition and computer science along with Tuğçe’s studies in jazz vocals and creative writing.

The tales that Santi & Tuğçe tell are fluid and ever-changing, filled with musical and literary creativity, revealing a breathtaking stylistic synthesis and reminding us of our timeless essence. To this date, they have performed in many major electronic and world music festivals, clubs, theaters, and concert halls throughout Europe, Asia, North and South America and received critical acclaim worldwide. Now their new single Respira is released on the label Kybele. The track is available on all digital streaming sites!

“All sales of Respira will go to 8 Billion Trees foundation that plants trees and rescues animals especially in the Amazon and whose mission is to change the world one tree at a time.”

How did the year start for you?

S & T: We started the year with a lot of anticipation and excitement for our upcoming releases and events. In January we spent several weeks in Thailand, and played as one of the headliner acts at Jai Thep Festival which was a delightful festival. In February we had some great shows in Freiburg and Berlin, and a whole series of events and festivals lined up for Spring and Summer 2020. Of course with the current global health crisis, most of these events and festivals are now cancelled, so we spend our days at home, writing, recording, producing new music.  In these times of social isolation and limited mobility, music is now for us, as it has always been, a way to make imaginary travels across time and space, and a powerful site for deep connection.

Tell us about how you first got into making music?

Santi:  As a kid, I spent hours listening to the radio, recording the tunes I liked and making mixtapes. I started writing and recording my own songs when I was 12. In high school, I studied classical and jazz guitar with Uruguayan musician Horacio Cordeiro. After high school, I studied voice, piano, and sound technology at IPAC (Instituto Professional de Artes y Ciencias de la Comunicación) in Asunción, Paraguay. My exposure to electronic music production started in my teenage years when I got my first computer.

I was not listening to electronic music at the time. There was actually not much electronic music playing in Paraguay. Through music software I somehow got on my first computer, I started experimenting with sequences and samples. As I updated my computers, I also got new music software. Then I got internet, which allowed me to explore and download all sorts of techno tracks, synthesizers, and drum machines. I got fascinated with synthesis, digital signal processing and computer programming.

When I was 17 years, I visited the Music Technology Lab at the University of Michigan. After that visit, things got more serious! I knew then that I had to pursue my passion for music and technology, which led me to travel to the US where I got my university degrees on Music Composition and Computer Science. I have been programming, composing and making electronic music ever since.

Tuğçe: I grew up with a love for music. At age 6, I joined the school choir and started singing. I performed in many concerts, musicals and other events throughout middle and high school. I studied voice, jazz vocals, and West-African drumming with percussionist Milford Graves and singer & songwriter Sheila Jordan among others in my university. In 2007, I met Santi and within a week of meeting each other, we began performing together. In those days, we played mainly as a jazz and world music acoustic duo and band. Eventually we started developing our own acoustic- electronic sounds and began working on producing our first full-length album, Cíclico, which was an eclectic blend of a variety of influences. This first album that we released in 2014 served as a portal into the global electronic music scene. We consistently released new albums year after year, each time exploring a different array of sonic and conceptual elements. 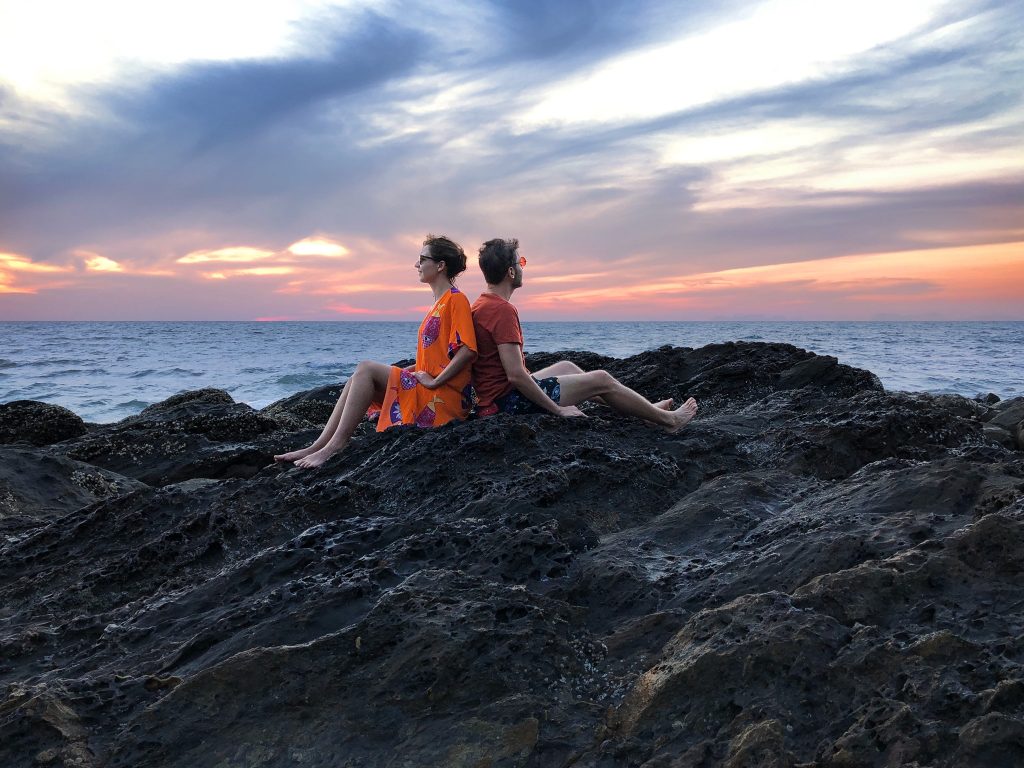 You have both lived in many different places and countries – how does this influence you in your creative work?

S & T: We are from two very different parts of the world. Santi is originally from Asuncion, Paraguay and Tuğçe is from Istanbul, Turkey. We both lived in different parts of the United States for 14 years and since August 2017 we have been living in Berlin. So our music involves a wide palette of influences and ever changing alchemy of elements and ideas from all over the world.

We also strive to reinvent ourselves each time, rather than following trends or recycling formulas.

I’d like to jump into your studio, do you have a favourite piece of software or hardware? One piece of kit that gets the most use and the one that has the biggest influence on your sound.

S & T: We use Ableton Live for all our productions, live performances and DJ sets. Ableton Live is great for that, to be used in the studio and for live sets without having to have two different workflows and tooling. In terms of sound design, we love u-he Diva and Repro synths, Omnisphere and Trilian. For sound effects and processing Soundtoys are great for their warm sound and iZotope for mixing and mastering. Our favorite hardware includes Ableton Push 2, Faderfox PC12, Neuman TLM 107 microphone and the Steinberg UR28M audio interface.

As artists performing live do you make your music specifically thinking about how you will perform it or how it will sound on a record?

S & T: We have different versions of our tracks for the live set and for the albums. The version we include in the live set is often changing, depending on the feeling and flow of the performance. Sometimes we even remake our tracks from scratch to make them fit better into the overall aesthetics of the live performance.

What else can we expect from Santi & Tuğçe this year?

S & T: Now that most shows are cancelled and we have to stay at home, that means we get to spend more time in the studio. The initial idea when we began the new year was to release two new EPs of original music, a compilation album of remixes and a whole new style of live performance with instrumentalists in 2020. At this moment, we have to adapt to the new reality of our times, so we are thinking of releasing many singles rather than albums, and do some live streaming events from time to time.