[INTERVIEW] Rollover DJs enlighten us about their forthcoming release ‘Power To The People’, founding the famous nakesake party in Milan, playing sets for Moschino and Versace, and label talk on their Rollover Milano Records 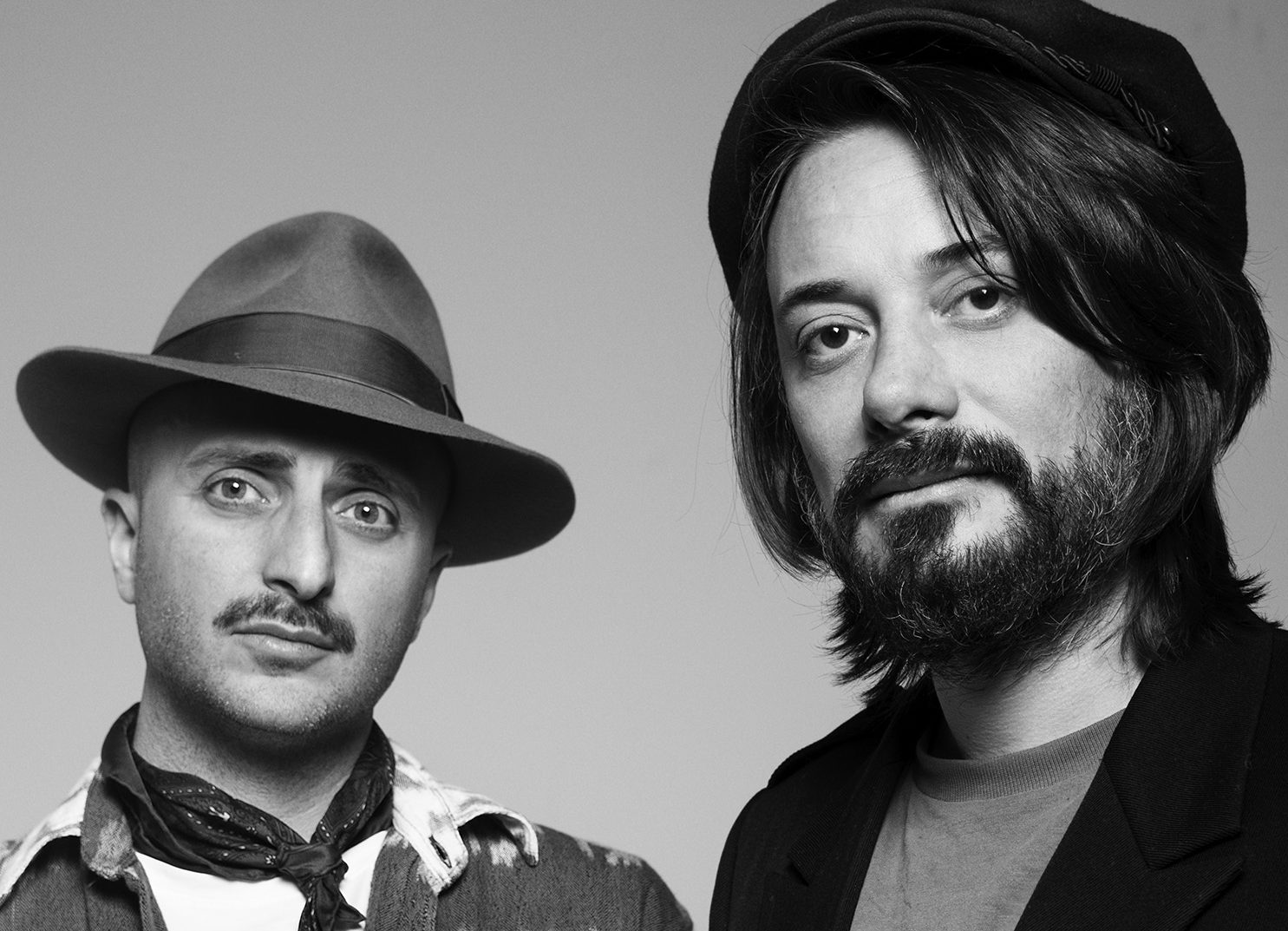 Rollover DJs are the founders and resident DJs of the popular namesake party in Milan. The duo has a passion for house, disco, new wave, 70s funk and afro beats which feed into their releases, whilst previously playing sets for international fashion houses like Moschino and Versace.

We caught up with Rollover DJs to hear about their exciting forthcoming release ‘Power To The People’ on their imprint, their namesake party in Milan, label duties and upcoming projects.

Following a busy schedule like yours over the past few years, how has it been adjusting to life under the restrictions of the last 6 months?

Our path was built by many small steps that gradually led us to become more and more known. It’s important to take a step back, re-examine oneself and then re-evolving again and this period has allowed us to do that. We have been doing a lot of musical research, discovering Italian artists that we may not have had time to listen to before. We spent a lot of time in the recording studio and put together many new things. Not having to make people dance now makes it easier to get out of the dance music box when you are in the studio. So there is some bright side to this moment, despite the problems it has caused.

You’re both the founders and resident DJs of the ever so popular namesake party in Milan. Can you enlighten us with some of your favourite gig highlights from this?

A couple of years ago we organised an ongoing open air party in a private rowing club, a sort of gym with a garden. We rented the sound system and set up the bars in the garden ourselves. We weren’t that well known yet but we already had quite a following. On the second Friday, the night before the party, there was a thunderstorm, a summer storm that lasted from 9.00 pm to the next morning. The forecast for the night ahead wasn’t hopeful. We decided to do the party anyway – people waited in the flood to enter and dance in an outdoor place with 4 umbrellas. The line was endless, they were all wet and half naked. We danced until 6 in the morning under the storm, it was beautiful. At that moment we also understood that people loved what we do.

The early start in your career began by playing sets for iconic fashion outlets like Givenchy and Versace which led to work for brands including Netflix and Instagram. What was the music scene like for you in those early days and how does it feel to have been involved at such prestigious events?

Our Rollover party grew a lot in those years and our audience, even until today, has always been linked to the world of fashion and art in general. So we found ourselves playing at those events because we had the right kind of audience from our own parties, the audience that everyone wanted for their private parties. The big brands wanted to bring that intimate, natural and cool dimension of our party to their home. The music ranged from disco to the most refined house, let’s say that at that precise period we were big fans of Dimitri from Paris …

On the production front, you’re dropping a new release on your Rollover Milano Records imprint in November (Power To The People). The influences are strong on this release with a track including vocals from a renowned John Lennon speech. Can you walk us through the production process behind it and what inspired you to use this particular sample?

We started working on this release at the end of last year, in fact, we inserted a first take of the Tequila Sunrise song in our Boiler Room we did in November 2019 here at Apollo Milan. Tequila Sunrise came out of us strumming a Gibson guitar as we listened to the Pachanga Boys and John Talabot in the evening and Pink Floyd in the morning. The song “Power to the People” is more recent and was born in full lockdown here in Italy. While we were in the studio, that terrible thing happened in Minneapolis where the American citizen George Floyd was brutally killed by the American police. The idea came almost spontaneously to insert a message of peace linked to the people and who better to look to for this than John Lennon? In the meantime, we were in contact with our friend Hubert aka Boombass who immediately liked the release and decided to remix Power to the People in record time. The cool thing about his remix is that it’s practically another track with this fantastic powerful Balearic house touch, very 90’s style!

Not only are you the head honcho’s of Rollover Milano Records but also Balearic-inspired edits-only label ANYTHING GOES. Can you tell us a little about both labels and the joys and challenges of running them?

So the firstborn is Anything Goes connected to that Balearic imagery. The word Balearic for us simply means something that it’s hard to put in a box or tie to a specific musical genre but is undoubted of high quality. The coolest thing about the edits published on this label is the total creative freedom that every DJ brings out (from Juan Maclean to Adam Port, Jacques Renault via Marvin & Guy or Bell Towers). The surprise of finding out what song your DJ friend who just sent you an email has edited is fantastic! And we think that factor is also fundamental for the public.

A few months ago we received a message from Justin Miller, a DJ from NYC: the message said “you have a big new Anything Goes fan, his name is James Murphy and he can’t find your vinyl releases. Can you please send them to him if you still have some copies? ” These are real joys.

By the way, here is the latest vinyl release of Anything Goes released a few weeks ago.

The newly born Rollover Milano Records focuses only on original productions of artists who gravitate around the Milanese underground dance scene / territory including the new talented DJ / producer Ferrari. The label has just turned one year old and we have released three records so far. The next EP is by us as Rollover DJs and it’s called of course “Power to the People”. Here is the link to the Juno exclusive link.

Is there anything in particular that you’ll take away from this year, particularly about work and life balance or changes to the music scene?

As a DJ and promoter, the lockdown allowed us (especially in the beginning) to slow down our hectic lives, let us take a break from the nightlife, spend more time in the studio and stop and think about us, face our fears and be more sincere both with ourselves and with others. As for the future of music, we don’t believe in clubbing with live streaming and virtual parties as any real substitute for the real thing.

Have you got any live streams, releases or any other projects lined up that you would like to tell us about?

We have several releases scheduled on Rollover Milano Records including the next one by the Italian bassist Saturnino, probably one of the best Italian bass players of the last 25 years. As Rollover Djs we are collaborating with our friend Nic Cester, the leader of the Australian rock-band the Jet who now lives here in Milan…

Rollover DJs ‘Power to the People’ is out on Rollover Milano Records on 27th 2020. 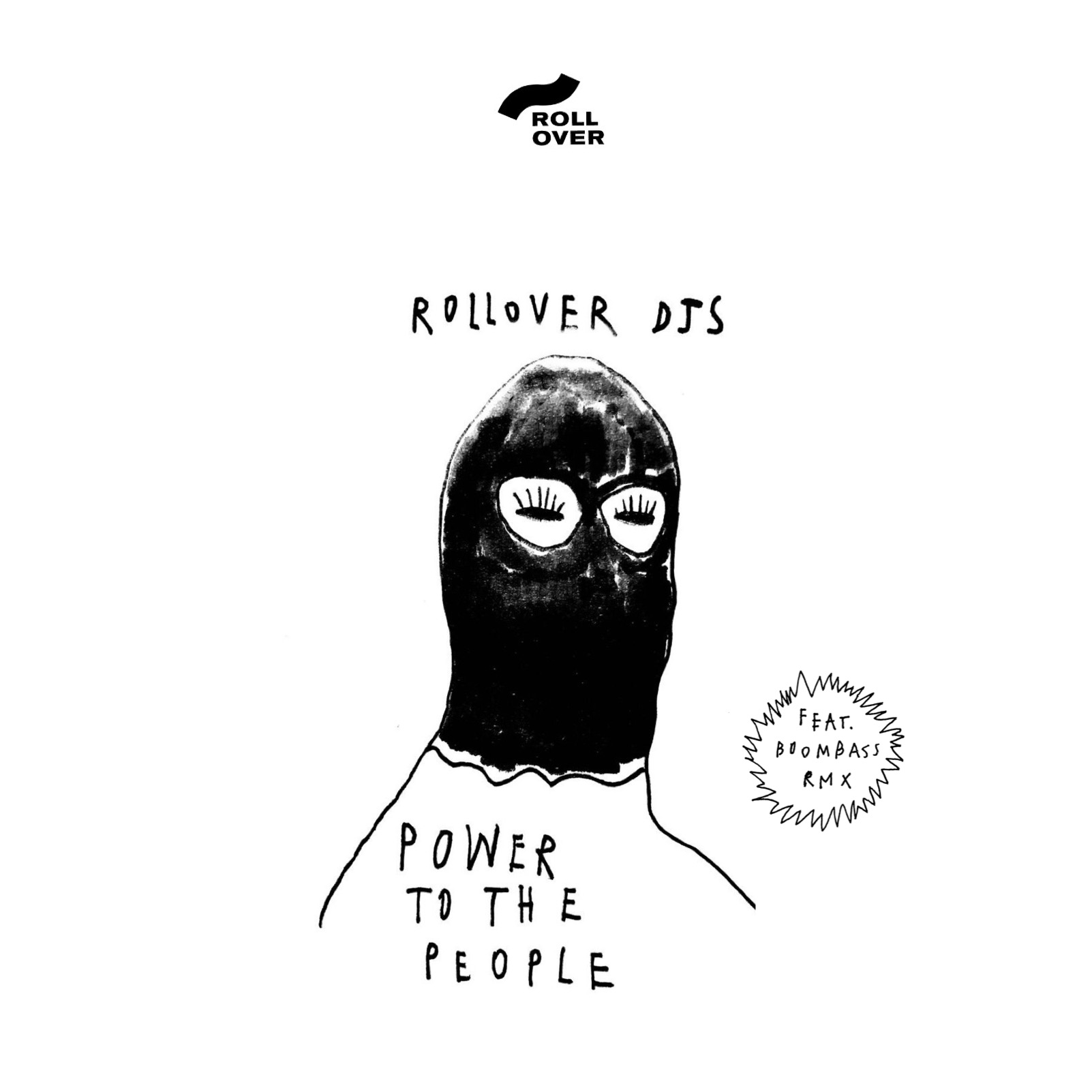