[INTERVIEW] QMOOG ENLIGHTENS US ABOUT HIS ‘WHERE ARE YOU FROM’ COMPILATION ON U-TRAX, GIG HIGHLIGHTS AND HIS FAVORITE RECORDS OF ALL TIME 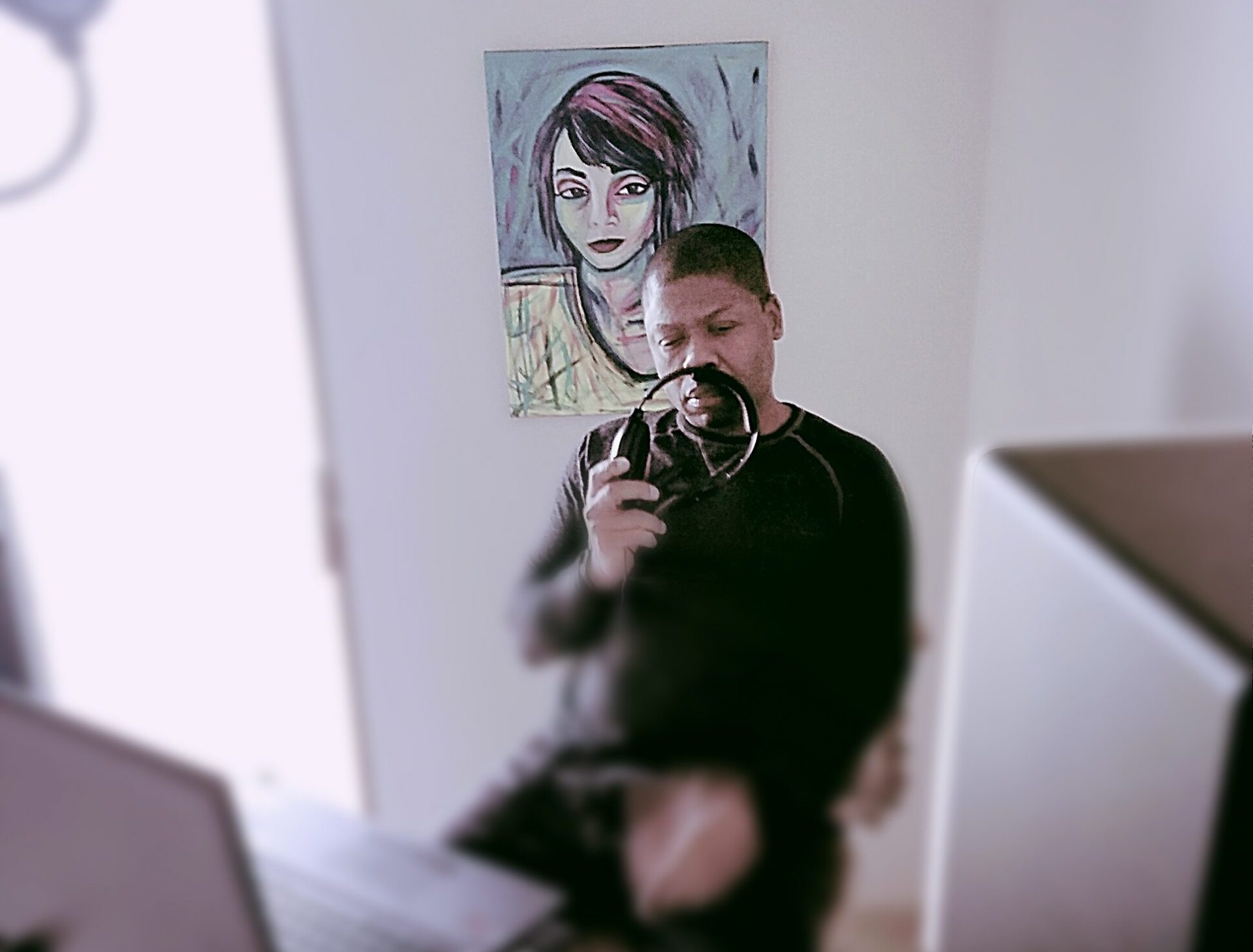 Brooklyn born, Detroit based multi-faceted artist Qmoog is best known for his leftfield releases on labels like Rhythm-Tech and SSR from his unique and distinctive soundscapes.

We caught up with Roy Parker to have a chat about U-TRAX’s debut compilation that he curated for the Dutch label, the music scene in his hometown, most memorable gig highlights and his top five records of all time.

Music Is 4 Lovers. Let’s start by asking how you got involved in the music industry and what inspired you to become a producer?

So, back in my college days I happened to come across a music news feed that mentioned a group that I had never heard of at the time called “808 STATE” and the anchor played a quick clip of their music and I was amazed by what I had heard. Sometime later I was at a record store and I found an album by them and I put it on in my car and was blown away. I had found my musical Identity. I wanted and needed to produce electronic music. After that time, I began to produce and shop my music around to the Detroit Labels Planet E, Soiree records, etc. and eventually through a mutual acquaintance I met Juan Atkins and Mike Banks and the rest is as they say is history.

Tell us about your new track ‘Where Are You From’ on the ‘R U There Yet?’ compilation on U-TRAX and how it felt to curate first compilation for the Dutch label?

“Where Are You From” Is thus far one of the most interesting tracks of my career. When Qmoog first started out it was a two man group. The other producer, a guy by the name of John Williams, went on to start producing under the name Billiebob and has made a name for himself with his very unique productions. A few years back, I came across one of his tracks and was like WOW! that is completely original from a lot of what I was hearing out of Detroit and it inspired me to take an out of the box approach to what I was producing at the time and “W.A.Y.F.” was birthed out of that approach. It was made to make you dance and laugh while you were doing it. When I asked to curate 20/20 Vision, I knew I wanted to include this song. U-TRAX, is in my opinion, is an exotic label and its prior releases are examples of that and this mixtape reflects that. This could not be your standard compilation. It had to be worthy of being released and I believe I was blessed to have access to material by these artists that allowed me to achieve that goal.

Can you tell us how your working relationship with U-TRAX started?

My working relationship with U-TRAX began simply with me responding to a visitor on the Qmoog website. Occasionally, when I’m online I’ll say a quick hello or something to someone on the site and on this occasion it happened to be RichART, U-TRAX’s owner. We set up a few Skype meetings and found that we shared not only a love for unique electronic music but for professional basketball, and an interest in travelling. We really connected on a human level and that made working with him and his label a joy. In a business such as this, an artist/producer, such as myself, one comes across a variety of different types of people, some of which may not have your best interest in mind when attempting to enter into a business arraignment. I didn’t get that impression with RichART, he is a very real and down to earth guy. In addition to all of that he is a genuine fan of my earlier work, which made me believe he would be someone I could possibly work with.

Are there any particular artists, or eras you find yourself going back to for inspiration when you create a track?

As far as artist and eras that inspire my work, to be honest, there is so many. Right now I am in production on the new album and I find myself really being inspired by this new genre that I have come across called “Electronic Soul”. If I had to describe it to someone not familiar with this type of music, I would say it’s like if Kraftwerk produced a mid-tempo track and had Marvin Gaye sing on it. It’s so cool and hip and avant garde, it’s better heard than explained. Thankfully I have discovered this movement just as the public in general are beginning to take notice of it. I think as an artist I have always been internally searching for this but I couldn’t define it, I didn’t have the words to express what it was I was wanting to produce. Now I can.

You’ve been involved in the electronic music scene for quite some time now, what are your most memorable career highlights, and have you seen any major changes from when you first started DJ’ing and producing?

It’s kind of hard to pick out something that really stands out for me. I have enjoyed making new acquaintances because of my work. It’s a good feeling when someone reaches out in one way or another to let you know that they are a fan. Qmoog popping up in a major publication or on a past compilation with some big names in electronic music is not so bad also! As far as changes that have occurred in this business since I first started out, there have been too many to discuss here. I would imagine most notably, I don’t have to try to explain what electronic music is as much as I use to anymore, even pop artists are attempting to move in this space.

I’m from Brooklyn, New York but I haven’t been there in several years. I could only imagine that it’s as interesting as always, it is New York City after all!

2020 was a tough year, but were there any positive experiences or life lessons you can take away from it?

Life is a blessing don’t take it for granted. I personally lost a number of family members to this virus and if anything I realise that it can all be gone in a moment. On the other hand, I have been able to focus on my craft, and I gained a deeper appreciation for others and their well being and a desire to want to see them prosper. I guess it took some bad things to happen in order for me to see that in myself, a willingness to fight for what is right to help those who can’t necessarily help themselves.

Can you enlighten us with your top five records of all time?

Five maybe tough, tell you what, here’s three. First, the one that started it all for me, 808 STATE “Utd. State 90”, Second, Kraftwerk “3-D-The Cataloge” Lastly, Qmoog “?” (To be answered in the not too distant future!)