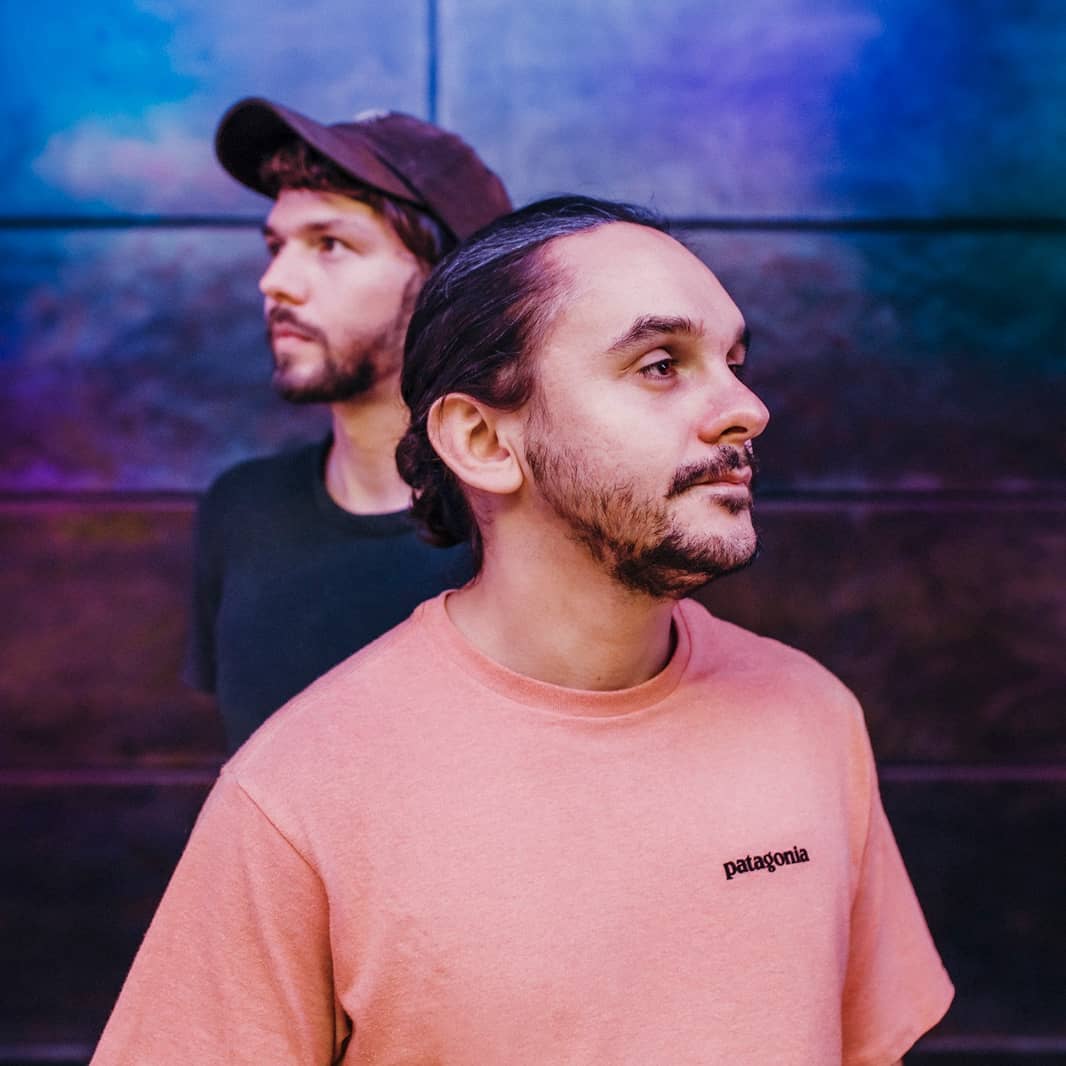 Hey guys! How are you? What’s good and bad in your world?

We’re very excited. We’re about to release a lot of new stuff in the summer and finally moving into a bigger studio room, which is really needed since right now it’s bursting at the seams.

Tell us about your journey into dance music, when did you first fall in love with it?

Jan: Being born on the countryside it all started with a small controller in the cellars and backyard cottages of my friends. It didn’t take long to discover places like the former Römerkastell, Silo or Mauerpfeiffer/Ubar in the scene of Saarbrücken.

Justin: I grew up in a family of musicians and was very interested in music from early on, though I remember not being fond of electronic music at all in my early teenage years. I think around 16 years I discovered french bands like Justice and Daft Punk that absolutely amazed me with their groove and aesthetics and made me listen to a lot of french house and indie disco bands.

And when did you start making it, what sounds and DJs and labels and parties inspired you?

Jan: In the times before deep house got mainstream it really got to me. Because it connected the music I knew and made myself, playing guitar and all, with something new, something hypnotic and wild. Still one of my favorite tracks is Alle Farbens Remix of Daughter’s Youth. Because of that one of the best things to happen to me was co-writing and singing on ‘Fall into the night’ by Alle Farben. While I feel I have to say I’m not really into the music he produces nowadays, but that’s another story.

Justin: I think around that time I fell in love with french house as a teenager I tried to create some frenchy tracks of my own, then producing with a super old logic version that still ran on windows. I’m pretty sure these tracks were absolute garbage. I didnt really follow through ‚cause I was concentrating on my other bands that came in the years after. When living with Jan in Mannheim, going to locations like Hafen 49, Loft or Tanzhaus West in Frankfurt, we both thought the most fun position on a party had to be behind the decks, and fantasized how much fun it would be to perform your own electronic tracks with live instruments to a crowd.

When did you first meet, why did you decide to work together?

Jan: We first met on a band contest, where Justin was playing guitar in the band of a mutual friend. From that moment on it didn’t take long ’till we decided to move in together. We started co-writing some indie and pop music until we discovered our mutual love for dance music.

Justin: We didn’t have a masterplan at the beginning, it just started out with some rough ideas we created for fun. At some point we decided that we really wanted this to be a thing that should actually happen rather than just a fun side project.

Who does what, did you each take care of certain parts of the music?

Justin: Between us two, I’m more more of the producer guy, so I take care of most of the mixing stuff, but we develop most of the musical ideas together.

Jan: Being a singer I normally do the vocals, but even there we decide on the melodies together. Whereas I have to say that Justin takes the lead in all the other Instruments, just being a natural in all of them.

How do you evolve your own sound while staying true to your roots and own signature and not jumping on new hype bandwagons?

Justin: That’s a good question. I have the feeling in some way we’re still trying to get to a point where we can consider what we’re putting out there „our sound“, since our musical taste is constantly slightly evolving and we discover new things in electronic music that we’re drawn to. A lot of our key influences  are artists from the 60’s and 70’s and current music that isn’t necessarily rooted in the electronic scene, so we rarely feel to tempted to jump on a hype and try to emulate what is trending in the scene.

Jan: Like every musician we started making music by being fans. So you’ll probably hear in our songs which artists we listen to at the moment. But since the music we listen to in our daily lives is often not the style we’re producing ourselves, chances of jumping on new hypes are pretty low.

What gear do you use currently, does that matter to you?

We don’t have a go-to synth for every production, it totally depends on the current mood, and honestly also sometimes on what is the least effort to plug in and play with. Over they years, we bought a lot of synths, used them for a few tracks and sold them later to make space for new ones. The ones that really stuck with us are the Roland Juno 106, Behringer Poly D, Vermona Perfourmer MK2 and of course a whole bunch of organic instruments like electric guitars, basses and so on.

Tell us about your new one for Family Piknik Music. How did you link with the label and what inspired it?

Come Around is a special track for us. It went through a ton of stages and we had about 30 different demo versions. For example, at some point in the production we felt that a certain drop didn’t want to take off the way we wanted it to with the standard 4-to-the-floor kick pattern, so for the first time we tried to incorporate a breakbeat in the last chorus. From that point on, everything kinda fell into place and now the track feels like a mini-medley of all the best parts we created during the whole writing process.

What is next for you guys?

Tomorrow we’re leaving for a few days of vacation. Then in a week, we will release a track on Stil vor Talent that we produced with our friend Andy’s Echo and another remix on ICYONYC Noir that we did for the artist Ziger, so there’s a lot to come this summer.