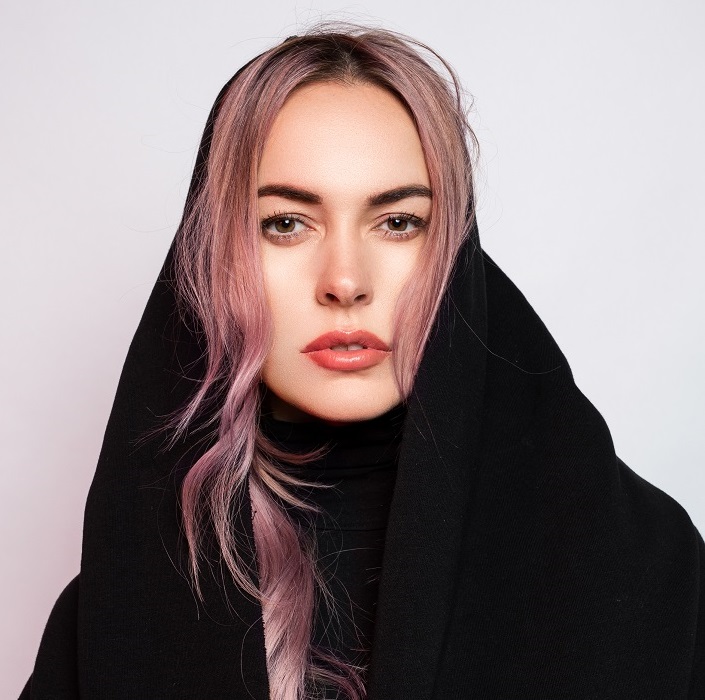 One thing is for sure – Pretty Pink made her way through the steaming and raging international club zone to manifest her belief into the most intimate basement raves and the biggest festival stages. Her unique performances for the like at Tomorroland Belgium cultivated a great following across Europe and continue to broaden the horizons of dance music.

Through a regular stream of high quality mixes in her radio show ‘DEEP WOODS’  she has begun to turn heads in underground circles. Within the span of two years, it landed on 30 leading radio slots worldwide and reached 1 million streams via her socials.

Pretty Pink has garnered a fan base across the globe through her diverse productions, radioshow and stirring live shows, which launch listeners on an unforgettable musical journey. On stage she is known for her galvanizing stage performances as she continues to impress crowds with her dynamic natural ease, serenity and expertise. At the moment you can watch her playing live every week on her Twitch channel. Time may pass and trends will fade, but the Pretty Pink’s sound will never cease to impress. Her massive accomplishments only mark the beginning of her future conquests. We sat down with her for the following interview.

How did you get the idea to work on the track Move It?

Move It is originally a track from the 90s by Reel 2 Real (Eric Morillo) released on Strictly Rhythm and ran constantly on the radio in my youth in Germany. You couldn’t get past the track at that time and I had it in my ear all the time. The original always brought me positive vibes and at some point I thought, hey why don’t you make a new own version out of it. That’s it!

And how did you start the production in the studio?

I kept the lead sound in its basic form, but worked with different instrumentation. Around the lead sound I then built a completely different groove and synths to create something unique. I must admit, I had a lot of fun working on it. I think you can feel that when you hear the track.

There is now also an AKA AKA remix of your club version – how did the collaboration come about?

Both the AKA AKAs and I are on tour a lot. We met (before the lockdown) a lot at festivals and clubs and we’ve known each other for ages. I showed them the club version and they immediately felt like doing a remix for it. And they did it really well.

The release is available digital on Beatport but also on vinyl – why did you decide for both types?

I spin with CDJs from Pioneer and therefore usually get my tracks digitally. Exceptions confirm the rule and I also get some releases on vinyl for my small collection. With the Move It release we thought from the very beginning also about a vinyl release and with Kontor Records we found a strong partner as label and distributor. For me vinyl is something really special and therefore I am proud that the release is also available for turntables.

What are your plans for the near future?

Due to the Corona crisis, long-term planning is difficult. But every day the anticipation for the gigs and tours grows, as soon as the action starts again. In the meantime I stream weekly on my Twitch Channel, plan releases on my label WANDERLUST, sit in the studio and work on new productions and podcasts.