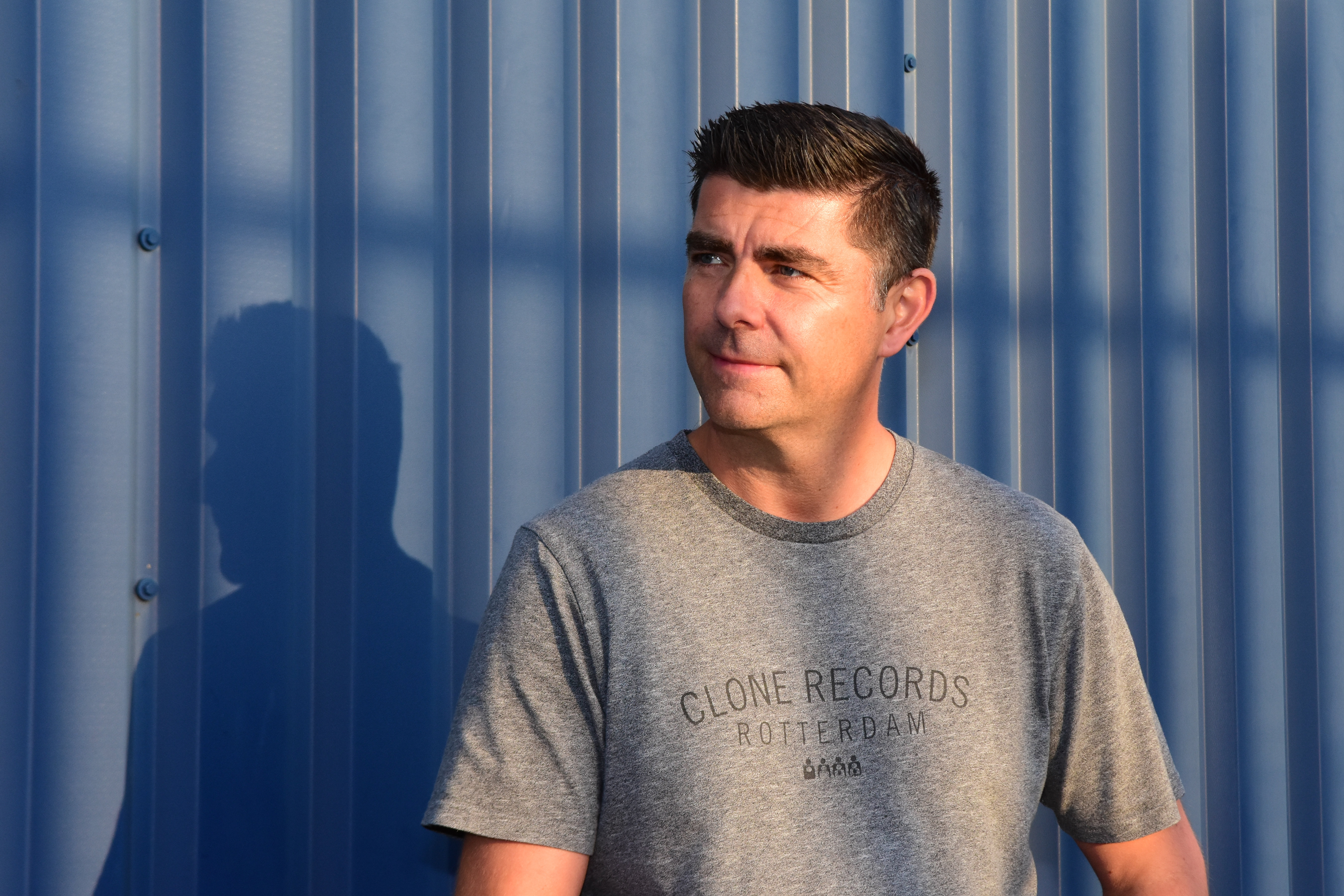 Fresh from the release of his latest EP on Krafted Underground, we caught up with Paul Sawyer to discuss his creative process and future plans for the label.

Paul Sawyer, amazing to have the chance to speak with you today. So, you have just released your latest EP, congrats! Can you tell us a bit about what we can expect from it and where is it released?

Good to meet you and thanks for wanting to talk about my new release. Quora and Pandora are two tracks that I have been sitting on for a while. They’re very melodic and are out now on my label Krafted Underground. I love tracks that are very synth driven and melodic, so edging towards the Trancey side of Progressive House. It’s always been my sound to be honest. I’ve released more underground tracks, but this is the sound that reflects my style the most.

Do you have a set procedure that you follow when creating an EP?

Yeah, I do. I listen to a lot of music every day, from promos to demos for my label, to finding tracks for my sets. From this, I always think about what I’d like to create in my own tracks and find reference tracks to work with. There might be a percussion loop or a hook that sticks out. I tend to build my tracks around those reference tracks without copying them, just the style if that makes sense.

I always start with a bassline and drums, then build from there. What tends to happen is I stumble across the main synth hook and that changes everything ha ha

Krafted has been releasing top quality music for a number of years now, how do you feel being a part of a label has helped create the sound you make today?

It’s been one hall of a journey with the label. It started off with releasing a broad spectrum of genres, but it soon became clear that it needed to focus on one particular sound to gain a following, otherwise it was confusing. It made sense to make Krafted Underground the label that represents what I play, so that I could support the releases myself in my sets and on my radio show. That way I could give it a platform to advertise the releases as well as pushing them to other dj’s. So quite often, tracks that we sign become reference tracks to what I create myself.

Owning a label is most certainly a full-time job, how do you balance the work life of business and creating in the studio?

It’s unbelievable how much time goes into a label, I never really envisaged having to spend as much time as I do. But I’m lucky, we have a great team, so it’s not just down to me. Darren Braddick runs our Tech House label Krafted Digital and looks after a lot of the social media work, Simon Sinfield runs the Chill albums and helps massively with our video content and streams. Fran Martinez is A & R for Krafted Underground and puts a lot of time into the running of the label, so without those guys, I’d be buggered! We also have Paul Stevens and Alex Day who help with filming our live streams, Aryana Neo presents the streams for us now and Chloe Fontaine has been a vital member of the Krafted team for a long time too.

Having the team means I can set aside days for studio work and focus on getting tracks or remixes finished in good time.

Speaking of the studio can you walk us through your current set up?

I use Ableton for producing tracks and I recently finished building a new studio in my garden. For ages I was struggling with a room at home that wasn’t really big enough, so now I have a great studio with plenty of space.

I use two sets of monitors, Rokit 8’s and Yamaha HS7’s, a Focusrite 18i8 audio interface and two keyboards, a Dave Smith Mopho x4 and a Komplete Kontrol S61. I use Native Instruments Komplete 12 and various plug ins on all my music now, so keeping it pretty simple really.

I have other keyboards and various bits of kit, but I just found it complicates the process too much and I end up wasting far too much time playing with various things instead of focusing on finishing the track.

We are well into 2020 now but looking back, what would you say was your highlight from 2019? Are you the kind of person who sets themselves goals to achieve as you progress?

It’s really hard to pinpoint one highlight, I’d say that there were quite a few throughout 2019. The year started off great for me on the production front. I had already been releasing on Solarstone’s Pure Progressive label during 2018 and had a track called Meridian that was also included on his infamous Pure Trance series of albums, so this one was on volume 7 which was out on CD as well as digitally in August 2019. That track got absolutely hammered in so many sets during the year and Rich (Solarstone) used it at so many festivals and gigs, including at his Dolby Atmos shows. So, seeing that was amazing! Rich has really supported my music and the music on my label so much, I’m extremely grateful to him for that.

I also got the chance to remix two of my all-time favourite tracks from the 90’s. I managed to get to work on Perfect Motion by Sunscreem. That release was a defining moment for me when I got into the House music scene, so to remix it was just massive for me. All thanks to my friend Maya Johnson who set this up for me with Paul & Lucia from the band.

The second was And Then The Rain Falls by Blue Amazon, which again was a track I played so much back in the day. Lee asked me to work on remixing the track and I’m so happy with how it turned out, as well as the amount of support it gained. I heard Kristina Sky played it on the Groove Cruise in Miami in January this year, so it’s nice to know that my music is being supported like that.

I do set goals and mainly aiming at label that I really want to be on for a release. One of those was Perfecto. For me, Paul Oakenfold’s label was and still is one of my favourite labels since I started dj’ing, so I wanted to see if I could get a release on there. I managed to get two EP’s in 2019 that ended up being used in so many of Paul’s sets.

What else can we expect to see from Krafted after Quora/Pandora has dropped?

We have so many great releases coming up during 2020. Fran and the team have worked hard to help define what the label is all about for this year. Christian Bonori returns with his second EP on the label, we have Mila Journee on board, Nick Muir is remixing another track for us by our Krafted partner Simon, lots of great names including Aves Volare, Aver Garden, Minlab, Nasser Tawfik, Karlos Molina, Jaen Paniagua, Matt Black, MXV, Ntsha, Black Chapel, Hall North, Collective States, Damien Spencer, Daniella Rhodes and many more already signed for this year. And of course, the releases that are already out this year have all done well in the Beatport charts.

Where can our readers catch you playing in the lead up to summer?

I took the decision to take some time out from dj’ing for a while at the end of 2019. I burnt myself out gigging. I was struggling to juggle everything throughout the year and got extremely tired. So, I decided to concentrate on production and making sure the label ran smoothly. I’m not saying I won’t be playing again, as I love dj’ing, so if the right gigs are offered, I’ll be back out there, but not every weekend again!

Finally, are there any other EPs on the way, what should we keep an eye out for?

I mentioned aiming at Perfecto earlier, so I’m back on the label with another EP in the summer. This one is a two track EP with tracks called Katabasis & Xenophon.

I also have a release on Betoko’s OKO Recordings label called Prometheus that will have a couple of remixes to go with it, I’m just waiting to hear those when they’re ready. This will be my third release on Beto’s label.

I’m also working on a few remixes for tracks coming out on our label, so I’m in the middle of one of these as we speak. There’s also a Textures compilation album named after my radio show, which is the third in the series that I’ve just finished putting together and will be coming out in a few months. I’ll be mixing one half of the album and I’ve invited one of my favourite dj’s/producers to mix the second half, Lorraine Roar.

There’s a remix that I finished for Solarstone of one of his tracks on Black Hole Recordings that will be on his next album sometime this year, so watch this space!

Paul’s latest release is out now and available here.