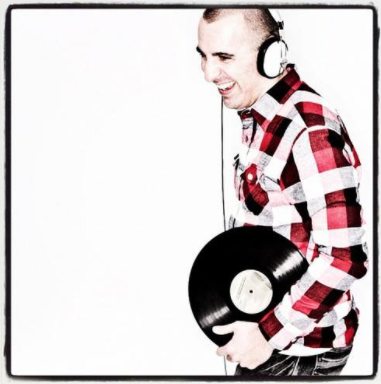 Nick Minieri, Boston-based Dj and Producer has joined us in a conversation today about his newest release, “From The Stem EP”,from which “Get To Work” has been premiered by Jukebox Pr.
Find out more about him, his creative process and future projects in the interview below

How are you, what’s good and bad in your world?

Doing good! Been keeping as busy as I can in recent months, both with music as well as my day job (graphic designer). The bad is probably me coming to terms with the fact covid isn’t going away any time soon, so I’m being cautious with clubs overall and focusing on supporting and playing smaller events for the time being. Things re-opened here in Boston back in the spring, so it’s good to see all my friends out and about again.

What was it like to get back to partying and DJing again after the pandemic?

For me it was a big sigh or relief just to be able to see my friends again. I’m a relatively extroverted person so it was a huge struggle for me to not be able to go out last year. I, as well as many other locals, have had more opportunities than usual to play out since things opened back up again, mainly due to the fact many big headliners can’t tour as much right now. It’s kind of a silver lining in the sense that more locals can get these opportunities organically again, and I’m happy to take advantage of it while I’m able to.

What is the scene in Boston like where you are, are you a lone operator or are you part of a vibrant creative community?

Boston’s music community is very tight knit, and resilient. Right now our biggest threat facing us is developers buying out buildings that once had venues that supported independent music and converting them to luxury condos with starbucks’s and chain restaurants. This has been happening here for the last decade now. This forces promoters to constantly have to innovate to find new spaces and get permits to throw events; you definitely can’t rest on your laurels here. But the good thing is many people across different circles all attend each others parties, so it’s easy to meet the major players here and learn the lay of the land if you’re new to the community. I’ve been supporting as much of it as I can for the past decade and a half while I’ve lived here.

Tell us about growing up in Boston, and how you got into music – what was the roots of your introduction to music?

I actually grew up in upstate NY but moved out here in 2004 when I got my first job; but it’s a fun enough city where I haven’t wanted to leave yet! I’ve always been into music, my first entry point into “underground” stuff being hearing DJs play little known rap 12’s on the radio in NYC on stations like Hot 97 and WBLS. Electronic music came a few years later and that was through MTV’s Amp compilations and playing games like Wipeout on PS1. I actually had decks and was buying vinyl years before going out to clubs and raves, that progression was sort of backwards for me. But because I already knew the music it was super easy to meet people straightaway. DJ’ing came first and from there, other things like music production, party photography and blogging evolved for that as I got more into the scene here in Boston.

Where does the impulse to create something come from for you? What role do sources of inspiration like dreams, other forms of art, personal relationships, politics etc play?

The genesis is always derived indirectly from music I love, which is everything from funk to soul, R&B, rap, disco, etc. Sometimes I’ll hear a chord progression in my head and build around it in the DAW, other times I start with the drums. Some of my graphic design background even comes into play because in that field I’m always thinking of composition, and that translates in the audio world to balancing how I arrange sounds across 5 minutes or at any given point in the frequency spectrum. My workflow changes all the time, but if I ever get to the point where I’m even one percent as productive in the studio as Prince was, I’ll be happy.

You have a new EP coming on The Seed Underground titled ‘From The Stem’, what was the creation process like?

I work on a lot of different styles and for the first half of 2021 was focused on house for a bit, followed by drum and bass. I hadn’t made any acid/techno or uk garage in a bit so I started some sketches that ultimately became “Get to Work” and “Perfect Combination”. Originally two disparate styles, I decided to try to make things more cohesive by incorporating TB-303 leads and bass on both and that’s when I realized this project might have enough legs to become a larger EP of sorts. Then I made another acid track (“Sensible Price Point”) and a garage one (“Skipless Skratch Tool”), brought on HeartWerk to do a remix, and finally, a few more flips of my own. And then also built loads of creative around it to promote on release day, including cover art, limited edition cassettes, videos, promotional banners, etc. The whole process was a blast and it was easily one of the most fun projects I’ve ever done. I executed it exactly how I initially envisioned it, and the label was very supportive every step along the way.

It has Garage and Techno influences – how long have you been into those sounds, which styles specifically, and why decide to combine them?

Both for over two decades. For techno I enjoy a lot of the old school Detroit stuff (like Underground Resistance, DJ Stingray, Robert Hood, Carl Craig, etc) and for garage I go between 2-step and 4×4 a lot (think Jeremy Sylvester, Todd Edwards, Tuff Jam, etc). I consider myself genre agnostic at this point, I dig many different styles of electronic music. And as producer, I love all the different workflows and tropes that are often employed behind the scenes of each. Techno is more about sound design and drum machines, whereas garage is more about sampling and chopping. Results can vary when attempting to combine different styles and workflow techniques; I’ve had plenty of failures in the past. But more often than not regardless of style if the groove is there and it’s got a good melody, I know I’m at least somewhat on the right track.

When producing a track, what are your go-to pieces of hardware and software?

I have a few very select pieces of hardware (Roland boutique SH-101, Prophet 08, TR-909, Korg Volca Kick, Model:Cycles) but I often use them outside of arranging tracks just to do general sound design and sample library building. When making a track I like doing it all in the box in Ableton, and I’ve got loads of plug-ins there to work with. Roland Cloud, Massive, Serum, Diva, Korg M1 and the Soundtoys suite are the ones I use the most for sound design and creative effects, and iZotope Neutron and a few of the UAD ones for mixing. For EQ, delays, compression and reverb I mostly use Ableton’s stock plug-ins, they get the job done for me.

What does the future hold with regards to projects, specifically for 2022?

I took a much needed break from music for the past few months but I’m going to be getting back into it once “From the Stem” comes out. I haven’t done any deep house in a minute so will probably focus on that during the upcoming cold winter months. Also have two things signed (one on a house label I have respected for a really long time) which I’m excited about, that will be hitting stores in the first quarter of 2022. Should be another productive year!