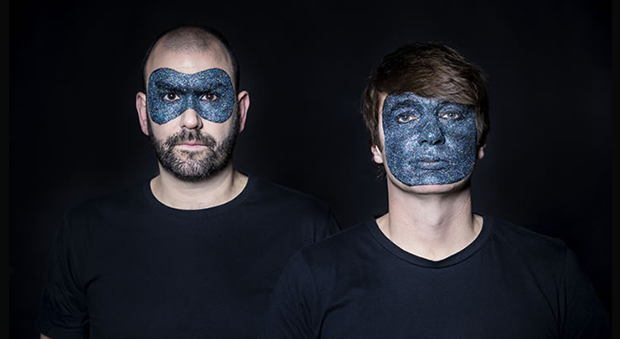 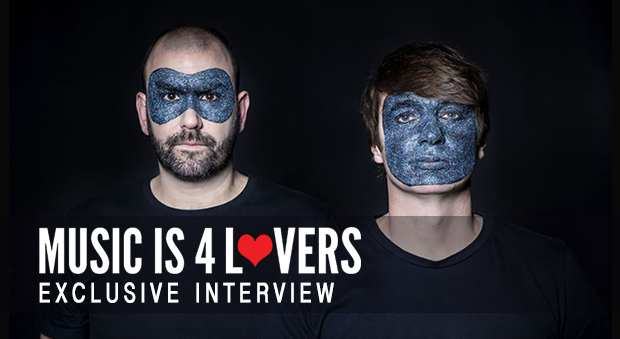 Mongo are a techno twosome from Southampton in the UK. They made serious waves last year working with Drumcode’s Alan Fiztpatrick and being supported on Radio 1 by John Digweed and Carl Cox.

Having just released their latest EP on their own High Tide label, Spacewalker, we find out more about how the duo met, how their label started and their Star Wars obsession.

Hi guys, Happy New Year! great to speak with you

Happy New Year to you guys too (albeit a distance memory now!)

How was your 2017? What were your highlights?
AMAZING. I think for us 2017 was about introducing some of our music to everyone outside the four walls of the studio and actually getting stuff released.  The bi-product of that was finding out other Artists were playing our stuff.  In terms of highlights, there were many including a Transitions Mix for John Digweed & Carl Cox playing “Planet Mongo” on Radio 1. But probably the biggest buzz was going to the closing of Antz in Ibiza as a punter and hearing Joris Voorn playing “Krypton” to 7000 people.  Still makes us smile now thinking about it.

How did you guys spend your New Years?
We live on the same road (don’t ask,) so we had small gathering at Dan’s before heading off onto a really intimate party where we played an unannounced B2B show with James Zabiela.  All we can say is it was brilliant fun, but resulted in our dry January pact…

We are digging the new EP on your label? How did High Tide come to be? Tell us bit about the label’s origins?
We’ve been putting on parties and DJ’ing for a number of years under the High Tide brand. High Tide Recordings was therefore a logical progression.  We wanted an outlet for ourselves, our friends and any unsigned Artists.  We will certainly up the anti on the unsigned artists in the coming year.  So if you know anyone who makes great electronic music then send it to us please.

How would you describe your sound?
As producers I guess our current sound is a tech house, melodic techno, progressive hybrid.

For DJ shows we do get to explore a lot more musically, particularly if we are doing long warm ups.  Getting the warm up right sets the tone for the night and can be as equally as rewarding as a peak set in our opinion…

How did you two meet and come to start making music together?
We like to think we are cool nerds LOL.  We both used to collect Star Wars memorabilia and we got to know each other through attending sci-fi collectors fairs.  We both had a keen interest in electronic music, which led to buying decks, playing at house parties, promoting parties and in-turn trying our hand in the studio.

Were you always musical growing up?
100%  Dan used to DJ at weddings when he was younger and Gary has the worst singing voice you will ever hear.  In fact he thinks a tenor is a £10 note!

You’re form Southampton! How would you describe the scene there at the moment?
Southampton is in a great place currently.  Switch (where we are residents) is killing it. It’s just opened a really cool second room called Bunker. It’s a great place to listen to some newer artists in a really raw and underground setting.

What artists inspire your sound?
I guess we try and make records that we would want to play ourselves and secretly hope Solomun, Hot Since 82, Joris Voorn, Carl Cox, Sasha, Digweed, Alan Fitzpatrick, James Zabiela and the like will dig them too!

You have been featured on Radio 1 a fair bit recently! How does that feel to see your tracks acknowledged like that?
Yes we have and we are hugely grateful.  It’s such an amazing feeling having legends such as Pete Tong, Carl Cox and Deadmau5 “rubber stamping” something we really believe in.  It’s an emotional roller coaster making tracks.  You leave the studio thinking yeah that sounded great, a few days go by and the inevitable doubt sets in, you send it to people and you get no feedback and the confidence begins to crumble.  Thankfully we get to road test our new material at Switch and that really helps.

If you could play anywhere in the world, where would it be?
It would have been Space in Ibiza but sadly we missed that boat!  Warung Beach Club looks fun so that is definitely on the bucket list.

What does the future hold for Mongo? Any further dreams or ambitions to conquer

We just want to keep making music and hopefully get to play a few different clubs along the way.  There are certain labels we really want to release on in 2018 and luckily we have just signed one of our tracks “Blue Snaggletooth” to one of them, Hot Since 82’s Knee Deep In Sound.  We can’t forget High Tide Recordings of course and our new “Spacewalker” track complete with an Athea Remix comes out on 26th Jan.

Spacewalker EP is out now!