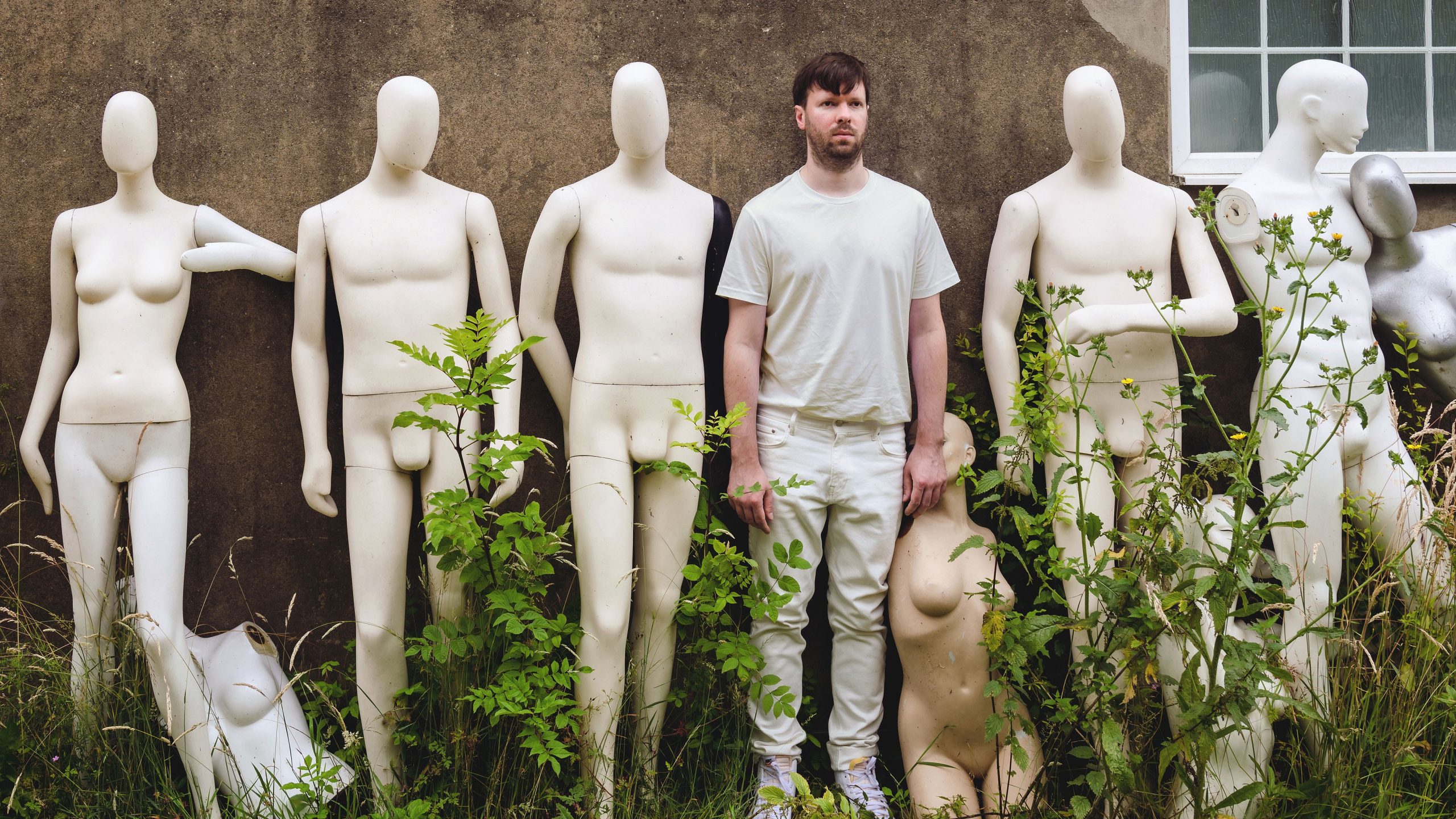 Brett Ewels, AKA Louis La Roche, recently returned with a brand new album, We’re Not So Different, featuring sixteen disco-inspired tracks and guest vocalists including Savage Garden’s Darren Hayes. He also found time to deliver a ‘1988’ remix of Adele’s comeback single, Easy On Me, which has been setting the internet alight.

Hi Louis La Roche! Congratulations on your new album, We’re Not So Different. What’s the meaning behind the title?

When I first sat down to right the album, it was the 40th anniversary of Studio 54 closing down. So it got me thinking about what that movement meant. Disco brought so many people from different together. Race, sexuality and gender didn’t matter to disco. Once you were inside those Disco clubs, all that mattered was the music. It was the music of a discriminated generation. We face those same problems as a society today. Sexism, homophobia, transphobia, racism. So We’re Not So Different is both a positive and a negative thing. We need to come together just like in the days of Disco.

We loved your recent single One Big Gay Disco and the sample used. Where did you find the sample and what made you choose it?

It was from a podcast that’s now been deleted and rightfully so. The original context was of a guy saying that America is “one big gay disco”, as if to say that’s a bad thing. It really annoyed me, and so I decided to chop up his words and rearrange what he was saying into a positive thing. As a pep talk for the LGBTQ+, to say that we are one big gay disco, and that’s something to be proud of. I had the instrumental song already and the vocal just seemed to fit so well with it.

Your new album also features Savage Garden’s Darren Hayes on vocals (on Cold To Me). Was the track written with Darren in mind?

The original demo was just the instrumental with me singing a falsetto scratch vocal for the chorus. Just me singing gibberish. I knew I wanted a male falsetto vocal on the song but It was only when myself and Darren connected over Twitter that I figured I’d ask him to do it. Darren took my vocal melody and made it the bridge instead and wrote the verses and the choruses. His vocal performance and his lyrics just blew me away.

His voice hasn’t aged a day since his Savage Garden days and I think hearing his voice on an 80’s inspired song, it just seemed to work so effortlessly.

I know Darren was very much inspired by the 80’s as a kid Madonna, Prince, George Michael. He really understood the direction I was going for.

Do you have plans to tour We’re Not So Different?

I think so. There’s nothing in place, purely because Covid restrictions are still very much a real thing. I think next year I’d like to do a few days here and there. For now, I’ll let the music do the talking.

Your unofficial ‘1988′ remix of Adele’s comeback single Easy On Me has had a fantastic reaction. What made you decide to remix it?

Mainly just the way the piano was played in the original version. I reminded me as an 80’s ballad. Almost like a late 80’s Elton John song.

The song had only been released just a few hours when I started work on my remix. I figured out the chord progression, made an acapella from the original and got to work. It took me just over 5 hours in total from start to finish, then I stuck it on YouTube. I was actually going for an Michael Jackson’s Man In The Mirror vibe with the production, but so many people have heard other 80’s influences in my version.

Do you know if Adele has heard it?

I think so. I know for a fact that one of her close personal friends have heard it, so I’d say the chances are pretty high. I get messages every day asking to put it on Spotify, but it doesn’t work like that!

My dream is to be able to produce for bigger artists. I’d love to work with Dua Lipa and see what we could come up with. Part of the reasons for doing remixes have always been to try to show off my production skills.

As for strictly remixes though, I’d probably have to go with The Weeknd. I just think it would be a good fit. I know he’s done Disco before and is riding the 80’s wave at the moment, but I’d like to take him in a more authentic 80’s direction, not a modern take on one. Maybe in a New Jack Swing kind of direction.

When you’re not in the studio, how do you like to relax?

I’m big into film. I think if I wasn’t a musician I’d have probably gone into filmmaking or possibly even cooking. I love to cook but I’m no chef. I just find that you can be creative with it just as you can with music. I’m just always trying to do something creative, it’s in my blood. It’s my passion, my job, and what helps me relax.

What can people expect from Louis La Roche in 2022?

I’m going to take a little break from LLR for a while. Maybe take a year off. Simply because I wrote two albums pretty much back-to-back, and now I want to write for a project. Maybe a film, a game or produce for some other artists. I really love a challenge so I’m looking for something to scratch that itch. I don’t really think ahead too much, I’m very much an ‘in the moment’ kind of person. Whatever I end up doing, it has to come naturally. I don’t like forced creativity because I feel that’s when an artist makes their worst work. I just always like to keep people guessing, never stay in one lane for too long and to expect the unexpected.

Louie La Roche’s album We’re Not So Different is out now on Ever After Records. Buy / Stream at louislaroche.fanlink.to/LLRWNSD