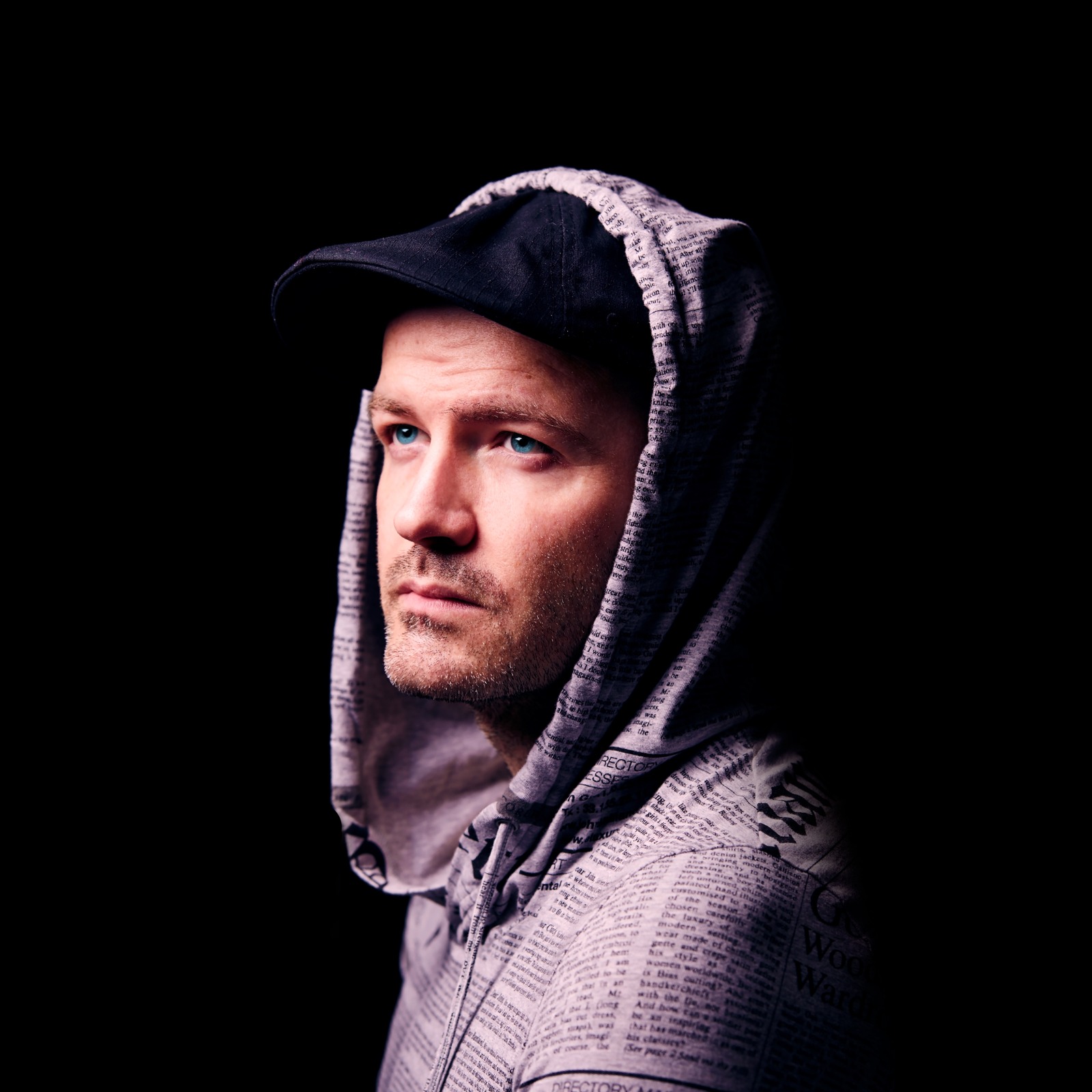 Hello Lempo! It’s a pleasure to be able to speak with you today ahead of your upcoming release, Dance Without A Reason with Roland Clark on the iconic Strictly Rhythm. We love the positive vibes that shine through on this record!

Hello, thanks for having me on ‘Music is 4 Lovers’. It’s great to speak with you!

1.) It’s been 3 years since you and Roland last released together, tell us, what inspired you two to get back in the studio together?

Our first collaboration was ‘House Doctor’ on Todd Terry’s InHouse Records, which when compared to ‘Dance Without A Reason’ is chalk and cheese. We actually started working on both projects back in the Summer of 2016 when we met in Ibiza while Stu Smith was managing us both. I was struggling to get this record exactly how I wanted, hence why there has been 3 years between the two releases. I know we could have arrived here quicker if I had sacrificed more time on the project. Regardless of that, here we are… this could well be the best work I’ve ever done, and that is not my ego talking, that is me acknowledging the greatness within the team involved.

My productions are normally more raw and underground house tracks, ‘Dance Without A Reason’ has become a fully polished song with levels of musicality I could never have reached alone. The fact that we are finally unleashing this on the world has been a collective effort – credit needs to be given where it’s due, Chris Robinson (Co-prod, synths, guitar and mix-down), Alex Barron (Keys), Dom Glover (Horns) and Walter Coelho (Mastering) all played key roles in getting this one over the finish-line and I’ll be forever grateful to them and Roland for helping me achieve this release on my bucket list label, Strictly Rhythm. Let’s hope it’s been worth the wait!

2.) It’s amazing to see talented artists collaborating, tell us, what is it like working with Roland Clark?

How intimidating is his CV?!! If I can achieve half of what he’s done in my music career, I’ll retire a very happy man! He’s one of the most talented writers I’ve worked with and when he sings falsetto, he’s up there as the greatest vocalist too. People are quick to forget that Roland goes way beyond just a singer and songwriter, he’s also a top DJ, producer, radio presenter and he founded Delete Records – there is no denying his mammoth contribution to electronic music.

3.) Your back-catalogue of releases is an extremely impressive one. What music is inspiring you these days and has it changed much since you started out making music?

I’m a DJ first and foremost. I’ve always been a crate digger at heart and make an effort to discover new music and cut my own edits of the tracks I want to play in my sets. Getting into production came much later in the day for me, I was in my late twenties when I had my first official release. The music inspiration in my youth came from my parents record collection, which was a stable diet of Soul, Funk and Disco. In particular artists such as David Bowie, Chic, Prince and James Brown left a mark on me. Nowadays I’m more influenced by electronic music producers as you’d expect – the likes of Norman Cook, Todd Terry, Marshall Jefferson, Groove Armada, Basement Jaxx etc. I like to think the mix of influences comes across in my own output. A blend of live vocals and instrumentation alongside programmed percussion and samples. I don’t think we ever stop evolving and the inspiration that sparks the creative idea can come from anywhere. So yeah, my muse is everchanging.

It depends on a number of factors, if it’s just an idea that comes to me in the studio or while I’m out and about – I quickly make a note, usually a voice memo on my phone or if possible I’ll quickly put the idea down in Ableton. I do the bulk of the writing and arrangement in my home studio and once ready to record any live parts or reach the mix-down stage, I’ll book a professional studio space. Collaborations are similar to this if I’m working remotely, I’ll just throw the project back and forth online until the latter stages. Unless it’s a collaboration with the luxury of physically being in the same studio, which I personally much prefer as you can bounce off each other and jam until everyone is happy with the vibe. The approach is different again when it’s a remix, because you’re retrospectively building around someone else’s existing parts.

5.) Do you have a favourite piece of gear you use?

At home my current set up includes the AKAI MPK225, Behringer U-PHORIA UMC1820 audio interface, a pair of KRK ROKIT RP8 G4 studio monitors and an Apple G5 Power Mac. My home studio isn’t massive but it’s a vibey creative space. My favourite bit of kit is the trusted AKAI MPK225, It’s great for workflow – I can programme my ideas pretty fast in the DAW through the MPK. I produce everything in Ableton Live 10 at the moment, although I started out in Cubase and then became Logic based until a few years ago. I just find Ableton quicker to write in. Each to their own I guess.

6.) With the current global situation, day to day life is understandably disrupted, what is a day in your life like at the moment?

The short answer is… CHAOS! My wife and I are both working from home full-time with my son and daughter off school, which is a massive juggle. I have a day job outside of music as a designer and art director – working remotely with a full-house has been challenging to say the least. Luckily, I have the studio (my man cave) to retreat when possible. I like to think we’ve got into a groove for now. Hopefully we can all start looking beyond lockdown very soon.

7.) Your label Applique Music has seen some great releases in it’s time, with it now nearing it’s 10th birthday! How do you envision yourself marking this milestone?

I’m very proud of the label. We’ve come a long way and it really doesn’t feel like a decade since we launched the first release. I can confirm there are some plans for how we’re going to mark the occasion; the concept is to put out 10 new original singles by 10 of our artists, so ‘Ten for Ten’ in the build-up to a birthday event in Manchester, which if logistics allow, they’ll all perform at as well. I can’t tell you much more than that just yet, because there’s still discussions going on about who, when and where. I can tell you it’s going to be a lot of fun!

8.) Applique is well known for championing both established and emerging artists alike, is there anyone coming through your label right now to keep our eye on?

There’s a few in recent years who have become part of the label family that I can see developing into future stars. I know they’ve got the hunger to go places and their backing it up with a great sound, artists such as Pleasant Avenue, Label 37, iMarcus and Rap-Scallion are all unique in their own ways, but also very capable of pushing on to bigger things. Manchester based, Hey Dan, who had his debut release ‘That Rave Sound’ earlier this year, has just signed his follow up single ‘Better Late Than Never’ with us for a Summer release and for me he’s someone who I’m excited to see blossom – his production is tight, the records are interesting and he’s on the ball with his online presence which is vital in today’s market.

9.) What would you say is the most valuable piece of advice you could give to an aspiring producer?

You’ve got to take the rough with the smooth. What I mean by that is: I’ve made mistakes along the way, we’re all a work in progress no matter what stage of your career you might be at. My advice is to embrace the experience you can gain when things don’t go to plan and always take feedback from industry peers seriously – then you can better yourself for the next challenge. Your mindset is the most important attribute, the sooner a new producer accepts they won’t be able to do everything by themselves (and nor should they have to), the better their records will sound. To make my demos as polished as they can be and place them on the labels I want to release with, I’ve built a team around me who have specific skill sets that are beyond my own abilities. That includes session players, co- producers and a mix-down engineer. I know my strengths and more importantly, my weaknesses. That has come from listening to people who have been around the block.

10.) Thank you for speaking with us today! To round off, is there anything else musically from yourself coming up for us to look forward to?

Thank you for having me. Immediately there’s Jet Boot Jack’s remix of ‘Dance Master’ by myself and Ruff Diamond, which has just dropped on Applique – It’s a really funky number with me on lead vocals believe it or not! I’ve also got a forthcoming release on Chicago’s Trax Records, a straight up house collaboration with Polish producer Oskar Jay, titled ‘Don’t Stop’. Beyond that, there’s a couple of biggies in the pipeline, ‘Open House’ featuring Chuck ‘In the Beginning’ Roberts, which is a piano house track with some raw old school vibes. And finally, I am very excited about ‘Lights On’ which I’ve written with Ruff Diamond and Taz – it’s a lovely blend of disco, house, and rap – hopefully, that’ll be completed and released later this year. Watch this space!