[INTERVIEW] Leading up to the release of their ‘Arengue’ EP on RKRS Recordings, Ruba KPØ enlighten us about the production process behind each track, joining forces to become the iconic trio and upcoming plans for the year ahead 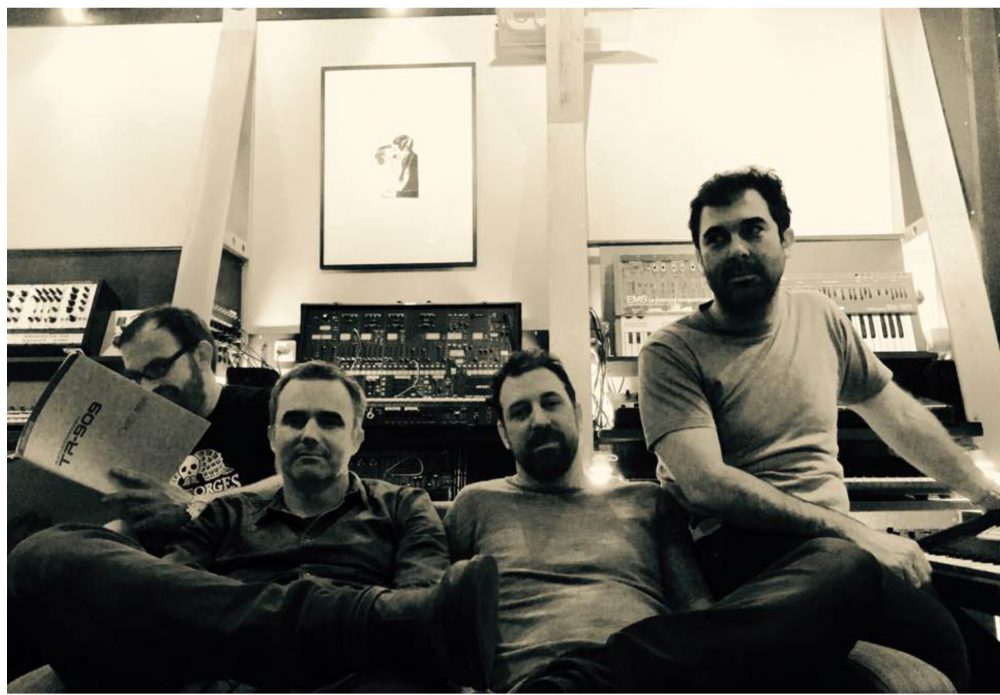 Ruba KPØ is the trio made up of three friends from the same small town in France. Their powerful releases have seen them gain support from the likes of Laurent Garnier and Sasha, whilst landing on notable imprints including Sonar Kollektiv, Expressillon, DoppleGanger, and hot new label RKRS Recordings.

We caught up with Ruba KPØ to hear about their exciting new release ‘Arengue’, the story behind the group, passions aside from music, and upcoming projects in 2021.

Thanks for taking the time to talk to Music is 4 Lovers. Can you start by telling us who is involved in the Ruba KPØ project and whereabouts in the world you are based?

Ruba KPØ is a collective of DJ’s and musicians that started in 2009 as a ”why not make music together again, but this time with machines” funny project between old friends, all of us coming from the same small town in the south of France. With actually 3 active members, we are constantly trying to find the right balance between all our personal musical attractions, which is not an easy job, as it can appear in our last EP. We are basically a musical balancing act, physically stretched between Nice on the French Riviera and Oslo.

You have a new EP coming up for release on your own RKRS label, what can you tell us about the label and your plans for this?

We have released on many labels such as Sonar Kollektiv (Berlin), Expressillon (Paris), DoppleGanger (Dortmund), NanoTech Records (Belgrade), Ultra Chic (LA) and BlackTambour over the years. We have seen the very different styles our music was taking and wanted to present it as a global project which holds together and not separate unlinked tracks, so we were thinking that it was time to set up our own label for our eclectic productions. Thus was born RKRS. It stands for Riviera Koast RecordingS and represents our freedom to manage our producing process from A to Z, in musical terms as well as in marketing and business terms. It gives us the possibility to follow our pace which, as in our music is sometimes very hectic, sometimes straight forward and sometimes very slow, It also opens a new door to have the possibility one day to release some others producers that we enjoy, and who doesn’t necessarily fit in one box.

The ‘Arengue’ EP is a pretty eclectic musical offering with influences from jazz to afro, electro to techno, can you tell us a little about each of the 5 tracks?

This EP evokes an imagined historical meeting between ancestral Africa and the Scandinavian Vikings, and kicks off with ‘Arengue’ whose afro roots collide with a rock n roll guitar under the persistent uplift of a disco cowbell. It’s an explosive club groove with plenty of character.
‘Pentagonal’ is “an alien sex story” which takes the form of a wonky slow motion techno workout, with broad, sweeping pads and an otherworldly feel.

The upbeat house of ‘Janky Chord’ is our “view of the space conquest if it was led by women”. ’Sisters’ is a tribute to the smoky 50s and 60s jazz clubs that shuffles on pared back but rubbery drums and rich warm bass.
“’Unconditionally’ is a classical love story with a twist and plenty of bass making for a cavernous groove run through with carefully designed and subtle cosmic synths.

2020 has obviously been a quite exceptional year, how have you got through the last 8 months and what have you learnt from the experiences of this year?

Global linked world, Digital world, Frightened world, Fragile world, Creative world. This is what is coming to our mind with this year of 2020. And that to face the unknown, creativity and social ties are the answers. Technological progress perhaps made us forget that we are not only “homo habilis”, we are before everything “homo sociabilis” and are desperately in need of each other.

What is the origin of the band’s name?

Ah good, the continuous question! One of us was living on this square in Nice (French Riviera) which is called Rauba Capeu (in local dialect, Hats Robbers). The wind is so strong over there in this open area space, coming from the mountains and the sea, that you cannot keep your hat on your head. We thought that we could do the same with some Bass, so we took the name of this square turning into a Scandinavian afro naming.

Apart from making music and performing what are some of your other interests and passions?

We love to enjoy life around music and arts festivals. Spending time with friends all over the globe. But behind the curtains, we all grow a secret garden, and besides art, one of us worships brachiocephalic veins while another one is in awe of human irrationality. For the last one, it’s so secret that none of us really knows, except that it involves some deuterium, tritium and uranium 237.

Who are the artists or producers that inspire you?

Tricky question… There are so many that it would be impossible to name just a few. But let’s say that we love underground musicians from Jazz to techno producers over the ages.

As much as you can predict in these uncertain times, what are your plans for the year ahead?

For sure, we will open a super nice bottle on the 1st of January, and we will see from there. Another sure thing is that we are working on new material, and are keeping our multidirectional programs on. But without being a diviner, as 2021 is the year of the big White Metal Ox in Chinese astrology, I can say that we will probably add some guitar riffs to our forthcoming production. And let’s be crazy, less Digital, more physical and, we hope, way more parties!