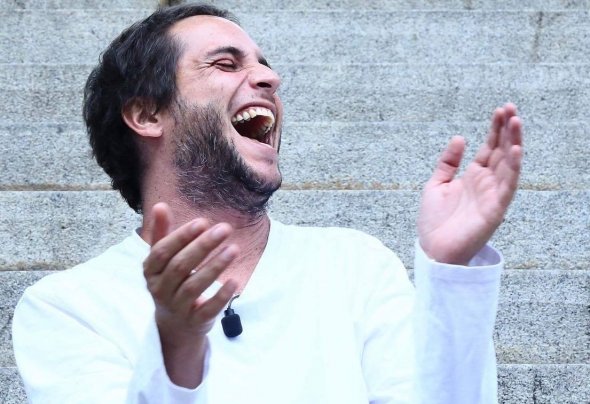 We have the pleasure of speaking with L_cio to celebrate his latest LP on Gui Boratto’s D.O.C label. We find out more about the artist, his sound and diversity when producing and playing live…

Describe yourself as an artist in five words or less?

How would you say you are unique in comparison to other artists?  Are there any things in particular that you do which nobody else out there is doing at the moment?

L_cio: I’m not the only one, but I think I have a very rare characteristic that is to play transverse flute and manage to make lives with a very long duration (I played for 6h15 live at the Carlos Capslock party in SP – party I’m a resident).

What first inspired you to incorporate your talent for flute playing into electronic music?

L_cio: It was through Alan Abrahams aka Portable. He discovered that i played the flute and invited me to record for him (A Process, Nano Flower, Surrender, Dive in at Robert Johnson and Behind released at Perlon). After that, we played together at Robert Johnson Life SaverTour.

Was there any specific inspiration behind your new album at all?

Yes. Try to represent my 12 year career in 8 songs and also show a bigger spectrum of my musicality. I think I got it.

Did you originally make music with Gui Boratto and DOC Records in mind? How did the release come about?

L_cio: I’ve been releasing with DOC for about 3 years (People Talk, Traffic, Schwantes, Dog Day, Construção …), and the album was a natural process after those years alongside Gui and being part of the DOC family.

The LP shows that you are able to adapt to many different styles/genres, are there any in particular that you really like to work with?

L_cio: Yes, that was the idea of the album: to show my versatility as a producer. I really like my productions for the dancefloor which are tracks that I usually play live too.

Are there any other south American artists that you really enjoy, either DJs or live performers?

Do you have any future plans to work with any other big artists?

L_cio: I’m always be open to working with artists who also want to work with me. I’ve had the great pleasure of working with Patrice Baumel, Portable, Guti (at Heartbreaker), Gui Boratto, Renato Cohen…

What is your favourite piece of music that you have ever created?

L_cio: Hummm… this is difficult, but I really like a track called Dog Day (released at DOC).

Where is the most amazing place you have ever performed?

L_cio: I’ll choice two. In the center of São Paulo in the Anhangabaú at Carlos Capslock + Mamba Negra stage. And at the Palais de Tokyo in Paris – DOC showcase.

Do you feel that there is enough emphasis on live performance in the industry, or is it a dying art?

L_cio: There is “place” for any type of presentation that has good music. The format is just a choice of the artist. I love do live acts and we have a huge amount of very good artists presenting only in that format. I have a party project in São Paulo that is called “L_VE” in which all the artists of the night present their work, live.

What is the single most important memory of your entire musical life and why?

L_cio: Listening to Jean Pierre Rampal on Saturday afternoons after church with my Adventist family. I did this for at least 15 years …

What advice would you give to people with a love for electronic music, but who have a talent for an instrument or certain skill that isn’t traditional?

L_cio: Try it … because the most that can happen is to go wrong ,,, and in music the error opens many possibilities.

Any other releases or performances coming up that you are really excited about?

L_cio: Yes. I have a release on my MEMNTGN label and some remixes to come.

Poema is out now! Grab it here https://www.beatport.com/release/poema/2315919