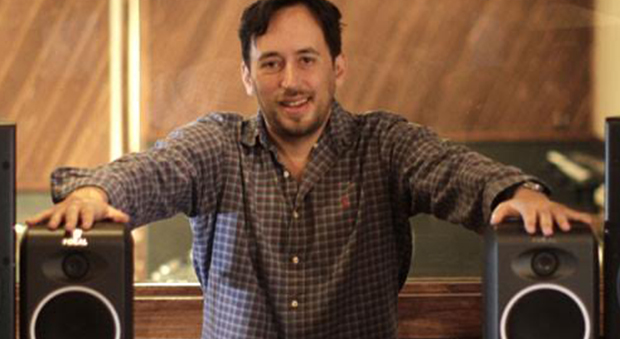 We sit down with Los Angeles based tastemaker Juan Hoerni to discuss his latest LP on Cha Cha Project Recordings! This soul inspired LP oozes funk and class and features the likes of Roy Davis Jr & Jovonn. We sat down last week and found out more about Juan and the inspiration behind the album…

You have been doing this for 15 years now. What have been the best and worst moments in that time?
This is a hard question to answer. One of the best moments was completing my first EP, “Azucar Moreno.” It was one of the more difficult times. I must have sent it out to 50 or so labels and nobody wanted it. I really believed in it so it was hard to swallow. Luckily I met Judy at Downtown 161 distribution and she really believed in it. I made up a moniker label name and put it out. It did very well for a new artist. Other highlights in my career are projects I did on Vega Records and Large Music.

What lessons have you learnt? What do you know now you wish you had known then?
I know that keeping my integrity in music is a must. There really isn’t tons of money to be made in house music or maybe I just do music for a smaller niche audience. I’m happy I settled this issue in my mind though. It keeps me from straying away from what I really want to produce or write. I’ve learned through out the years that a lot of people don’t keep their word in this industry.

You often like to collaborate – why is that? Why is it better than working alone?
I’ve always liked collaborating. I find it a great social experience especially if the other person is on the same wavelength and has similar ideas. I felt over time that I should start doing some solo projects if my musical thoughts aren’t clicking with other people I work with…

Tell us about the new album – how did it come about? When did you start on it?
I started the album about 2 years ago. The album kind of grew out of the “Hot for You” EP concept that I did with Jimmy Deer.  Most of the songs are disco, soulful and deep with some Latin tunes. I’ve always gone for eclectic styles when I record extended projects. At the time I was really inspired by the disco sounds of the 70’s.

How did you decide who to work with? What makes you enjoy working with those people?
I’ve worked with other people in the past for various reasons. Some label owners wanted to piggyback other artists because they didn’t have a big enough pull to sell records. In the beginning, I worked with other artists because we were into similar influences, and thought two minds were better than one. It has worked to some degree. My first EP was made with Seth Stuart. He taught me how to work Digital Performer and much of what I know about making music.

Talk us through some of the key tracks – which are your favourites on the album?
I guess every track on the album is key to some degree, since most tracks are uniquely individual. If I had to choose, though, I would say “Love on High” and “Say It” are my favorites. We just finished a video for “Say It” which will be premiered on DJ Mag Latin America (djmagla.com) sometime next week.

Do you have any formal playing chops? Can you play keys or guitar or anything?

I play some key chords, and usually make the rhythm sections on the tracks. I then bring in more formal artists, such as David Soto, to do horn sections and horn solos or Scott Wozniak to do key solos.

What gear do you use in the studio? Hardware or software?
I am definitely a fan of both hardware and software. Some of the synths we used on the record were the Moog Subphatty, Mellotron, Prophet 08, and a Korg MS 2000. A lot of the bass lines were played by session musicians D.I. through the Tree Roots Audio Console. We also live tracked a lot of congas and percussion to mix with our drum beats. For the beats we used a mix of real drum samples with Native Instruments Battery and Ultrabeat software machines. For software synths, strings and pianos, we used Arturia Plugins and Native Instruments. Native Instruments are amazing! We record on Logic because it has a great interface for both Audio and Midi editing.

What else have you got coming up/are you working on?
Right now I’m focusing on my recording studio (r2recording.com). I recently opened a recording studio in Los Angeles; Route 2 Recordings Studios. It’s a vintage recording studio with a modern twist. All the songs on the album were recorded there. All the tracks were recorded on the 1970 Quad 8 2082 mixing console. I wanted the songs to have a warm timeless feel. I’m also releasing an EP in November featuring Scott Wozniak, Steve Graeber, Zak Mouton and myself. Juan Hoerni’s ‘Love On High’ is out now on Cha Cha Project Recordings.