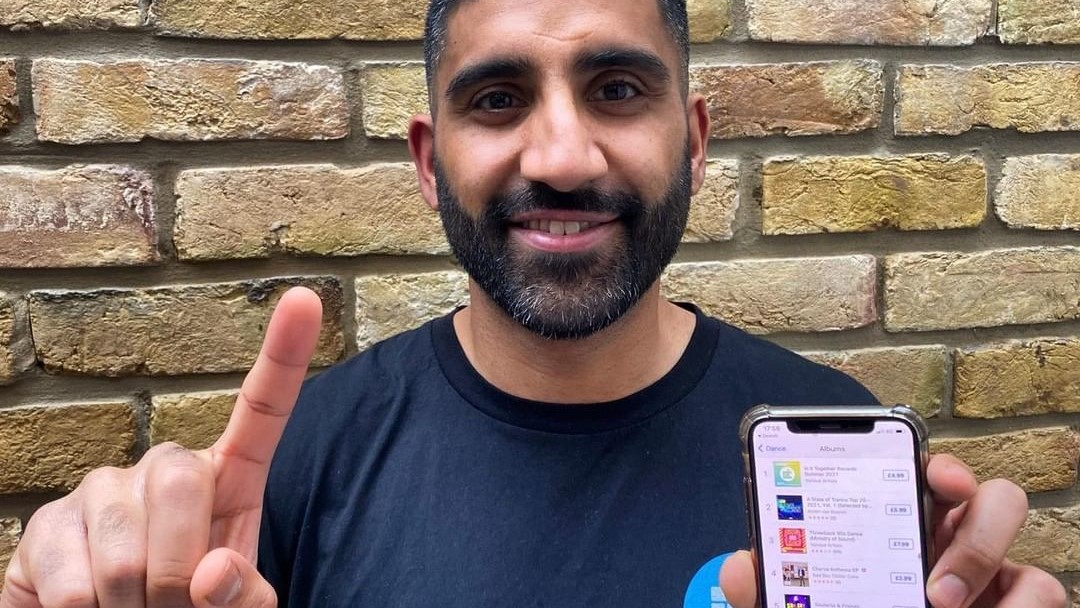 The latest release from the incredible In It Together Records, led by Jas P, has just gone #1 on Traxsource Jackin House chart. We’re talking about the Brazilian Alex Gewer’s remix for the track “Boogie”, by Paul Mondot and KingCrowney.

Alex has been flying with his releases after collabs with Kevin McKay and The Cube Guys, now, releasing his first official remix, he shows that he is up to date with creativity and that he has plenty of talent to gain world spotlight with his work.

We took this great moment at In It Together Records to talk with Jas P, check it out:

Hi Jas P, how are you? Thank you for this interview. You are the head–label of In It Together, the sister–label of Let There Be House, two imposing options for the style worldwide. Tell us about your career, how did you get started and how did you get where you are today?

Hey, I’m doing amazing! Thanks so much for having me on…very humbled! The fact you use the word ‘career’ still takes me back! It wasn’t so long ago I wasn’t involved in the music industry at all, attending parties and enjoying the vibes from the other side. This is how I got started really, by attending the Let There Be House parties in London. I used to make sure me and my friends were there at every one, and I would always be front and centre dancing all night long which even coined me the nickname ‘Front, Centre’ by some of the team.

Getting to know the LTBH team better each party, we organised to enjoy some time together outside of the party environment, after one of their team meetings. It was there that I jumped on the decks they had setup and soundtracked the evening with USB sticks that weren’t even mine (Cheers, Glen!). Much to their amazement as they didn’t even know I could DJ the team invited me to play one of their parties in Worcester. I opened up for them that evening, and that was that, I was asked to be one of their resident DJs! Totally blew me away!

As you may know, LTBH has had some great success over the years. It also has it’s own unique sound…good vibes, hands in the air, piano with a strong vocal! There were soo many good demo’s being sent in that didn’t fit the ethos of the label but we wanted to release rising to the birth of In It Together Records! The label was set up to be the ‘naughty little sister’ who was able to break the boundaries.

When DJing I love to play all kinds of vibes, be it deep, soulful, funk and give as much energy behind the decks as I used to give in front of them. It’s with that, the CEO of LTBH, Jamie Watkins sat me down while at ADE and had one of his lightbulb moment…’Jas, you need to be the head of In It Together Records…’ so here I am.

And what is the motivation for managing a label? Any outstanding challenges along the way that you think it‘s important to share?

The motivation is the love for the music, that has to be at the front of everything! I love listening to new music, it’s what I go to events for, to be educated. So to be able to help in the education of others by giving artists a platform to share their art is key!

I think the biggest challenge I had was coming in as a total novice and learning on the job. I have a great team around me who have helped along the way and who support everything we do.

How do you see the electronic music movement at the moment, where we have many labels popping up every day? Is there a risk of becoming generic?

Electronic music is absolutely everywhere at the moment. You can be listening to mainstream radio in the middle of the day and hear it, Bicep even had their track on a BMW advert.

There’s always a risk of becoming generic, especially with the rate of which music can be produced. I guess it’s all about staying true to your beliefs while evolving with the times. That and keeping an eye/ear out for the new artists that are up and coming – making sure the sound is fresh!

What is In It Together looking for in terms of music curation?

We’ve quite an eclectic taste as I’ve mentioned. We just look for well produced music that gives off a good vibe and you can imagine people wanting to listen/play it. We’re open to all levels of artist, no bias towards the ‘bigger names’

We have the return of Alex Gewer after “Like That”, now with the remix for “Boogie”, by Paul Mondot and KingCrowney. The invitation was made by you, right? What do you see as special in the work of this Brazilian artist?

The invitation was made by me, yeah! I really liked Alex’s track ‘Like That’, we had it out on our comp that went to no. 1 on iTunes! We like to have a healthy mix of new artists to the label a well as build relationships with artists we’ve worked with before. Plus, I really love Alex’s bassline groove that he lays down. Drums are dope as well! He’s definitely a rising star and we’re loving being part of his journey.

And what did you think of his reinterpretation? We think this Jackin House fit really well…

The remix speaks for itself, smashing the Traxsource Jackin House Chart especially. It was exactly what I’d hoped for/imagined for Alex to do. He’s changed the vibe on it completely, a proper remix, not rework! The original being  more deep with a different groove on it Alex just up’d the tempo, jackin it right up.

Besides Alex, what else do you know about the Brazilian scene? Are there any artists or labels that you follow?

We’ve had a few artists from Brazil, actually! Delpezzo was one of the first one’s that we had on the label if I remember correctly. Really enjoy the South American vibes hopefully we’ll feature many more (including plenty from Alex in the future!)

Any important news coming around within the label?

There are always great tracks in the pipeline, the label is growing which is great to see. Keep an eye out for our end of year Anthology album that we do with LTBH which will feature THIRTY album exclusives on it!