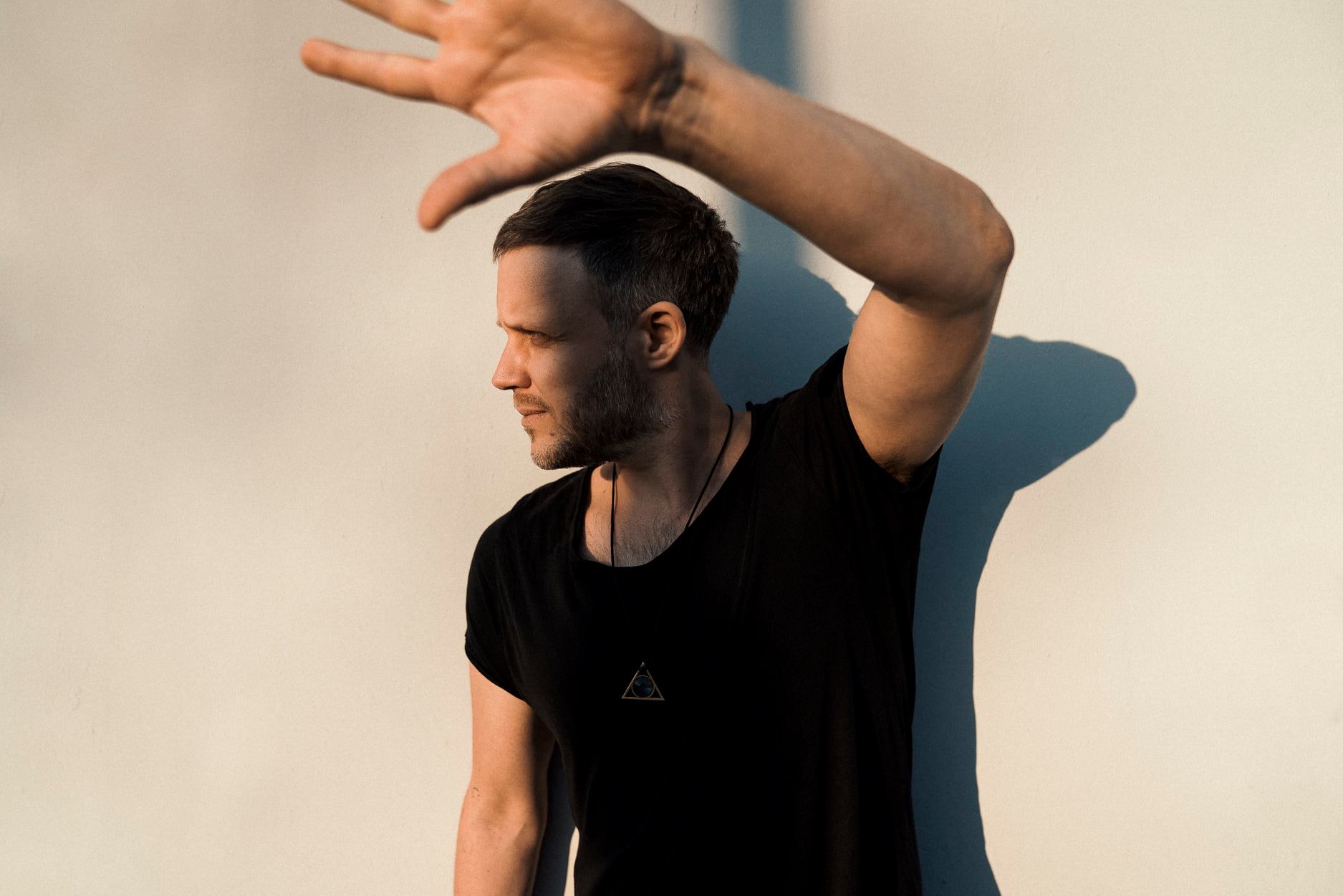 Hi Jan, thanks for taking the time to talk to Music is 4 Lovers. Can you start by telling us a little of your personal experience of the last year?

During the first lockdown in March 2020, I was pretty relaxed, and I have to say, almost happy about the unexpected changes in my life. I stopped traveling, almost 90 gigs got cancelled within a couple of weeks. I suddenly had more time to spend with my son, in the studio, in Berlin. The constant travels had made me unbelievably tired and the forced pause came at the right time. This moment did not last long though. After a couple of weeks, I became nervous, because no end was in sight. I played a couple of gigs during the summer when the Covid numbers permitted it. But this was even more stress because of the testing, the quarantines, the fear of getting ill or worse, infecting someone else before getting symptoms myself. I’m getting more and more nervous and tense the longer this is taking. Recently, the corona politics in Germany are to be added to the list of things that worry me in the Covid department. It’s unbelievable, that we don’t really have a vaccination strategy yet. This will prolong the dire situation the music industry (among others) is in.

This year marks your 10th anniversary as artist and producer. What can you tell us about the journey from music fan to established name?

You’re the first one who noticed that this year is my 10th anniversary as a published artist. I thought about posting something but then decided against it because I don’t feel like celebrating right now. It’s a shame. But thanks for noticing about my musical journey: I’ve never been just a passive music fan, I’ve always played music of some sort. That’s why, I’d rather describe my story as the journey from unknown to well known artist. You could also say, that it was a journey through different music genres.

At the beginning, there was just me and my guitar, made up melodies and gibberish texts. Then I had a band. My drummer was already with me at that time. It must have been around 2000. We played hardcore. Or Emocore as we called it. (Jan laughs.) Melodic and sad parts interwoven with Christians double base drum and my screaming. It was fun and people liked it. After that, we moved to Berlin. And we met Techno, around 2003. We were working, studying but let’s be honest, mostly partying, Blomqvist because Jan Blomqvist and I met Oli Koletzki at Bar 25 in 2011. I guess that’s more or less it.

Your music has a definite cinematic quality, oft described as ‘concert techno’. What is your approach to sound design and the live performative side of what you do?

A general rule for us is that everything we do in the studio must work on stage swell. If we come up with some great stuff but it’s not suited for the stage, we don’t proceed. Sometimes, I think this is a shame. But it has major benefits. The biggest of them being that my work continues on stage. Often, I have new ideas while playing, I’m even taking notes then.. This way, I’m constantly communicating with the music in an active way and playing can be even more exciting like this. Our approach also means that we won’t do tracks with 40 instruments (anymore) because we’re only 3 people on stage. I did this back in the days, but I now prefer a track with 8 great instruments to one with 30 layered sounds. I guess this approach shows how much we actually come from the stage.

For me it’s also really important that the sounds that I’m using are mostly analogue. I try to avoid digital samples as much as I can and use them only for those parts that can’t be done otherwise, like backwards sounds and white noice for example.

If I’m also thinking of the audience, my goal always is to deeply touch people emotionally, to even provoke a state of melancholy but still leave the concert hall or club with a smile on their faces.

You have a new single coming on Get Physical, which is actually a new version of an older track. What can you tell us about this?

You’re right, Time Again is a track from 2014, so at least 7 years old. I met Olga Korolova, a Ukrainian DJ and her husband at an afterparty in Kiev. We then spent some time together in Turkey after another gig while hiking up a mountain. We got along great and at some point she had the idea to do a remix of one of my tracks. I said yes, because I love to work with friends. As a sidetone: My whole team actually consist of friends, working with me. Anyway, Olga chose Time Again and I’m really happy with the stuff she came up with. I haven’t released on Get Physical yet although back in the days, I was a huge fan of M.A.N.D.Y. and Bookashade back in the days when they were playing Thursdays at Weekend club.

You’ve travelled extensively as an artist, what have been your highlights on the road; favourite venues, cities, journeys etc.

What first comes to my mind when hearing this question is Burning Man, for sure. It’s a magical place and I’m sad it didn’t happen last year. But in the end, I have to say that I almost enjoy every place where I can stay a bit longer than just for the gig. A mountain view and the possibility to hike are a huge plus. In general, I’m enjoy gigs in nature much more than the city experiences. Interestingly, I felt alone while traveling during the first couple of years. This definitely changed: Nowadays, traveling alone is not gruesome anymore. The opposite is true: I actually enjoy my company. To have my band and my tour manager at my side is also very nice. But I don’t need to be with someone and share my experiences to be happy, like I used to. I don’t know if my job changed me in this respect or if this is a change that naturally comes when you’re not in your 20s anymore. Either way, it’s a good thing.

Which artists have given you the most inspiration over the years? And what 3 songs would you select to be left with if stranded on a desert island, and why?

Three songs, I wouldn’t want to live without are: Karma Police by Radiohead, Nathan Fake’s The Sky was pink in the James Holden remix and and Against the Wind by Bob Seger. The first two are songs that are connected to dear memories and through listening to them, I can go back in time and revisit far away places in my past. The last one is my dad’s favourite song.

Generally, I have been mostly influenced by Radiohead musically. Lyricwise I would have to name Kurt Cobain, Leonard Cohen, Rolling Stones and Bob Dylan.

When you’re not recording or touring what makes you happy?

I actually don’t know if touring and recording are the things that make me the most happy. The German entertainer Harald Juhnke once defined happiness: Keine Termine und leicht einen sitzen, which translates to having no appointments and being tipsy. I can relate to that. The being tipsy part sometimes is true for me, too. But having no appointments is really something. (Jan laughs.) Good food also makes me happy. And recently, I even found a new passion. I build a studio in the countryside and the process of drafting, designing and decoration it made me very happy. I plan on doing this again soon. Last but not least, I love hiking and obviously spending time with my son.

What have you got planned for the year ahead?

Actually, I didn’t plan anything. I stopped planning far ahead a couple of months into the pandemic. It’s simply not possible and I don’t want to stress myself too much. Going with the flow is my new mantra. I will finish my album when it’s done, no real deadline here.

‘Time Again’ by Jan Blomqvist, Alar and Korolova drops on Get Physical Music on the 16th April 2021. 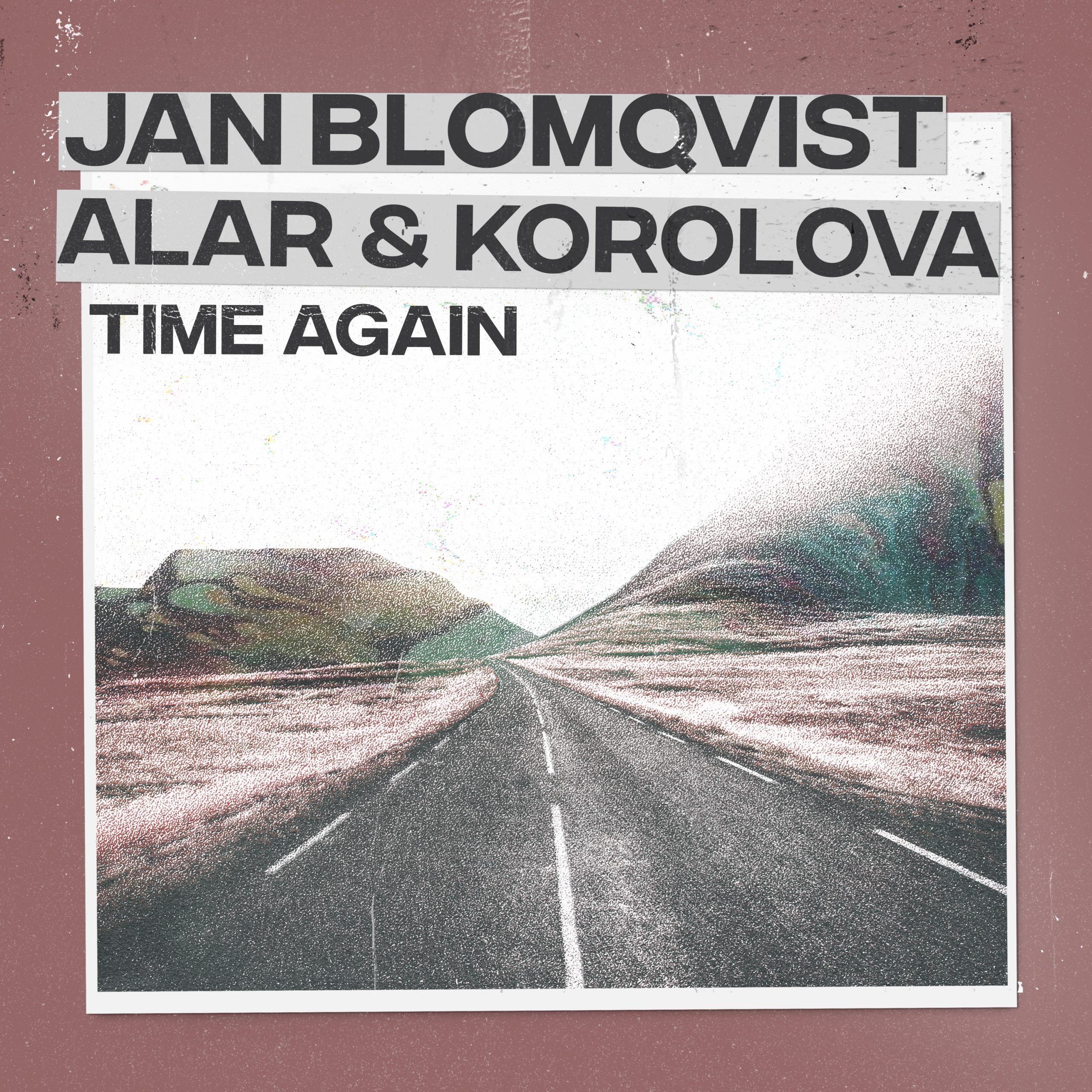