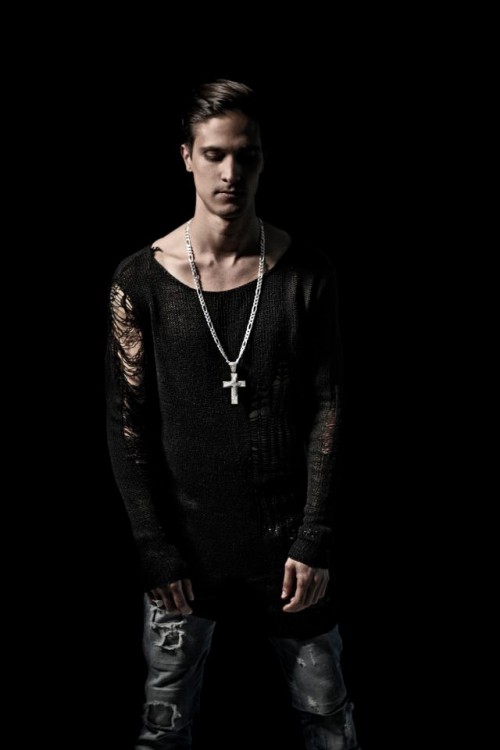 Sishi Rosch is a name we all know and love in the dance community.  He has been producing music for many years now, both as a solo artist and with his good friend Miguel Puente as Puente & Rosch.  His style could be described as funky gangster deep hip house, and his sound has had a big influence on much of the new music that you hear today.  Sishi isn’t just a producer, he also runs a few labels (Digital Delight, Sultry Vibes, Close Encounters),  as well as travels all over the world playing gigs.

Sishi once again is back in the lime light as he takes on a new project and releases a whole album, ‘Interplanetary Jamz’, of all hip hop music.  While much of his music is influenced by the genre, this is his first time releasing an album solely based of hip hop beats.  We were lucky enough to talk with the busy man and see what he has been up to and his new music projects.

You have a pretty thick background in hip-hop. How does that come through in your sets and after this album, is hip-hop something you’d like to pursue?

I absolutely love hip-hop, it was my first musical love to be honest, even before house music. I don’t really tend to play any hip-hop sets and pretty much all my gigs are booked because of my house music output, but I definitely love to implement a good hip-hop jam into my mixes on special occasions or whenever I feel like it will blend in seamlessly into my set. I have always loved the idea of producing hip-hop, and after this album I definitely think I will be making a whole lot more of it too.

How have you settled in Miami after moving there from Barcelona late last year?

Miami is super dope. I really love it here, its just my type of city.

Tell us about the production experience of Interplanetary Jamz. How did the idea for the album even come about?

I had been meaning to make a instrumental hip-hop album for quite some time in all honesty, and as soon as I moved to Miami, that was the perfect time and place to do it. I immersed myself for 4 months in an only hip-hop environment while also trying to juggle all my house gigs at the same time so that the album would sound just right.

What were some of your influences?

What does the future hold for you as an artist and also for your various imprints — Digital Delight, Sultry Vibes and Close Encounters?

What are the main sound and concept differences between each imprint?

Digital Delight focuses more on all kinds of house music, from breaks to hip house. Sultry Vibes touches that experimental, after hours vibe. While Close Encounters will deploy all kinds of rhythms since it will be an exclusive output my solo productions.

Is there any gig or project upcoming this summer that has you particularly excited?

Really excited for the debut of my third label ‘Close Encounters’.