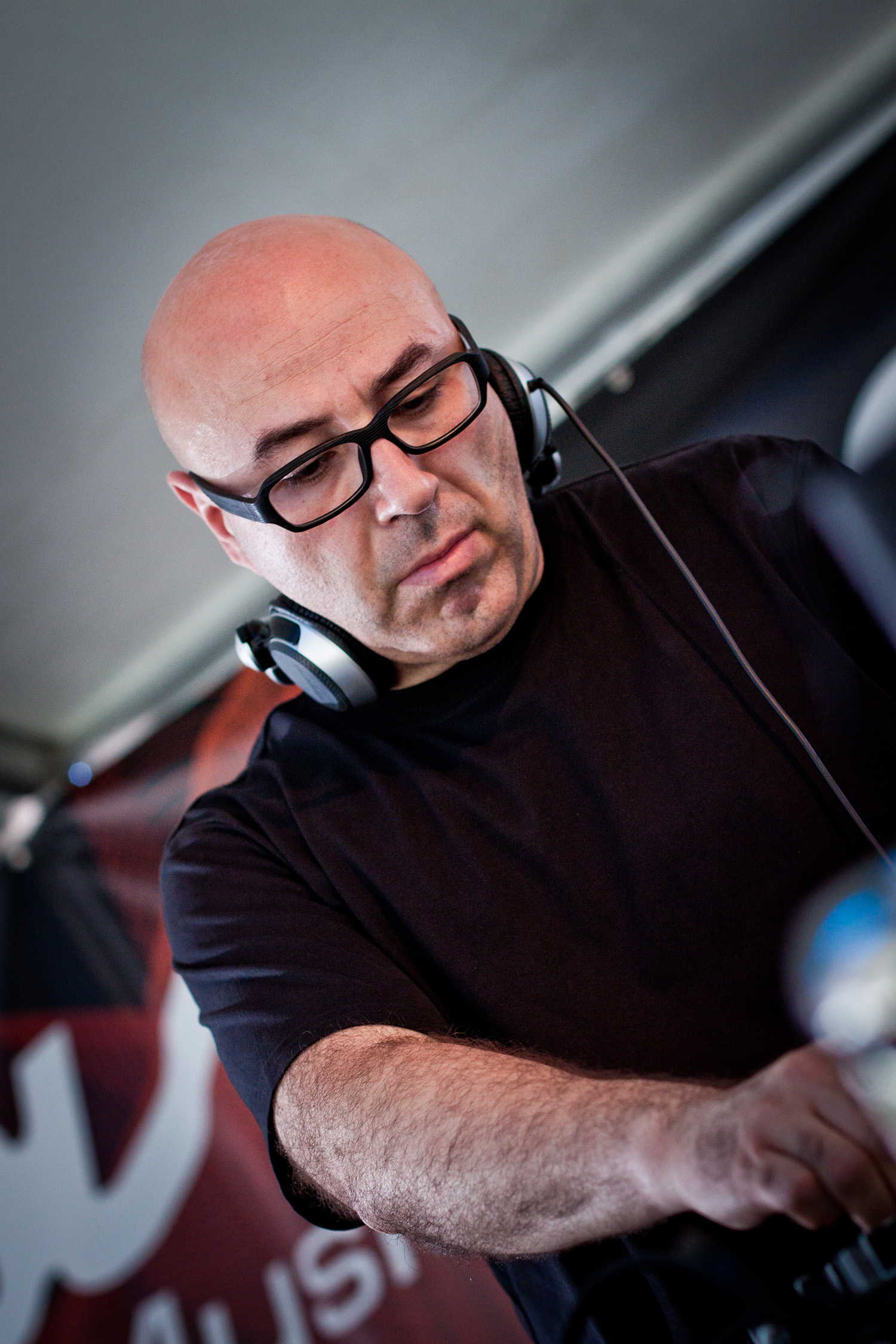 We had the pleasure of catching up with Opilec Music head honcho I-Robots following the release of his Studiodue Future mix, which was released in honour of the now-closed Turin club of the same name. We asked him questions about his label, the Italian music scene and his decade-spanning career…

Thank you for speaking with Music is 4 Lovers Gianluca. You are known as I-Robots & have been a critical player in the Italian music scene since the ’80s. How are you doing today?

Actually, I am well thank you. I’m currently focused on my music production and building the label catalogue for Opilec.

You’ve been running your label Opilec Music for over a decade; how would you describe its sound & vision?

After a few collaborations with Irma Records (Italy), Relish Records (Switzerland) and Lucy Lee Recordings (Belgium) I decide to start a label by myself as I was a bit tired of the different artistic visions of other A&Rs and the continual waiting game. Inspired by my 60’s/70’s/80’s/90’s music background the idea was to have an eclectic dancefloor-oriented label and after 15 years of work, it seems to have worked out pretty well. I wanted to support new talent but also to collaborate with relevant established artists that I had had the chance to personally meet over the years. In  2016 I started the “Turin Dancefloor Express” project that actually become a label dedicated to the Turin and Piedmont, Italy area Italo, disco and not disco 70’s/80’s productions.

You aren’t only a DJ, but you are also an art director for clubs and artists. Could you please share what sort of projects you have been involved with?

I started as DJ during the early 80s but a few years after I became an art director and I had to promote my weekly parties; from the mid 90’s I started to also book some international artists, live bands and DJ sets, from various scenes, from Hip-Hop, Rare Grooves, Acid Jazz to Trip-Hop, Breakbeat, Drum’n’Bass, from Electronic and Cosmic to Techno, Disco and House… in a short time I became a local promoter and A.D. for third party events…

I collaborated with the Musica 90 organization for some specific events also as a DJ, with The Plug weekly Saturday night @ Centralino Club Torino as DJ and promoter, with Movement Turin Music Festival and Kappa Music Festival running their label Movement Sound Recordings but also as a DJ. I was the A.D. in several Turin clubs like Sottovoce, Barcode, Lexx, Cover Cafè, Azimut, Caos, Aqua, Barbirulao, Jammin’ (Turin/Ivrea), in various editions of the Jazzy Jam Festival @ Cap Creus and few more…

During the years I had the chance to book and/or perform with many international artists and I will try to list some of them here:

As an Italian native, active within the scene for many years, how has the country (and Turin) evolved? What has it been like since covid started?

Turin was and is a fervent artist city. From the 80s I could only remember how competitive the scene was and I am glad I came up through this as the experiences I had as DJ/local promoter & Art Director were invaluable but it was not really an easy career as an alternative artist.

Actually, we have quite lost the real essence of the club here I think, the spirit I grew up with, this is why I am focused on music production and building a much larger solid label profile and music catalogue.

You also spent some time in China and are still involved with Hong Kong-centric projects. Could you please tell us some more about your relationship with China? Is the music scene much different over there?

The scene was a bit far from the international one that I represent but actually, China is very prolific and active these days and there is lots of talents around the country.

You recorded a mix in honour of the now-closed Turin venue Studio 2, together with fellow former resident Lorenzo LSP – what was this club like in its heyday?

The space-punk architecture was unique. The club was multi-ethnic in the music offered and for the different “dancers tribes’” who were regulars at the club. The weekends started on Thursday with my “Sound Of Blackness” weekly night where I was playing disco, rare grooves and hip-hop, then the “Nirvana” Friday rock night, and last but not the last the Latin Super Posse “PopPlanet” house music Saturday night where i was DJ on the second floor from 2 AM with the Hip-Hop, Acid Jazz and Rare Grroves sounds.

I was a resident DJ at Club Studio 2 from 1988 to 1993. After the closing of the club, I started my career as an events organizer and local promoter.

How and where was the mix recorded? Where did the ideas come from?

The idea to produce the Studiodue – Future compilation project came after I opened the Studio 2 Facebook group page: After i found some old pictures of the club it was automatic to see the possibility to have a cover for the release to never forget our Turin Club; the Studio 2 re-found material will be part of the “Falene” movie that is actually under production and Opilec Music will release the official movie soundtrack.

The Compilation was recorded at the Lello B. studio selecting only Opilec Music eclectic material that would be nice to hear at the club these days as the “Future” of the club.

What’s next for you and Opilec Music?

The label will still keep strong the “No Sound Is Too Taboo” eclectic concept trying to have many serious collaborations worldwide whilst also always supporting new talent. 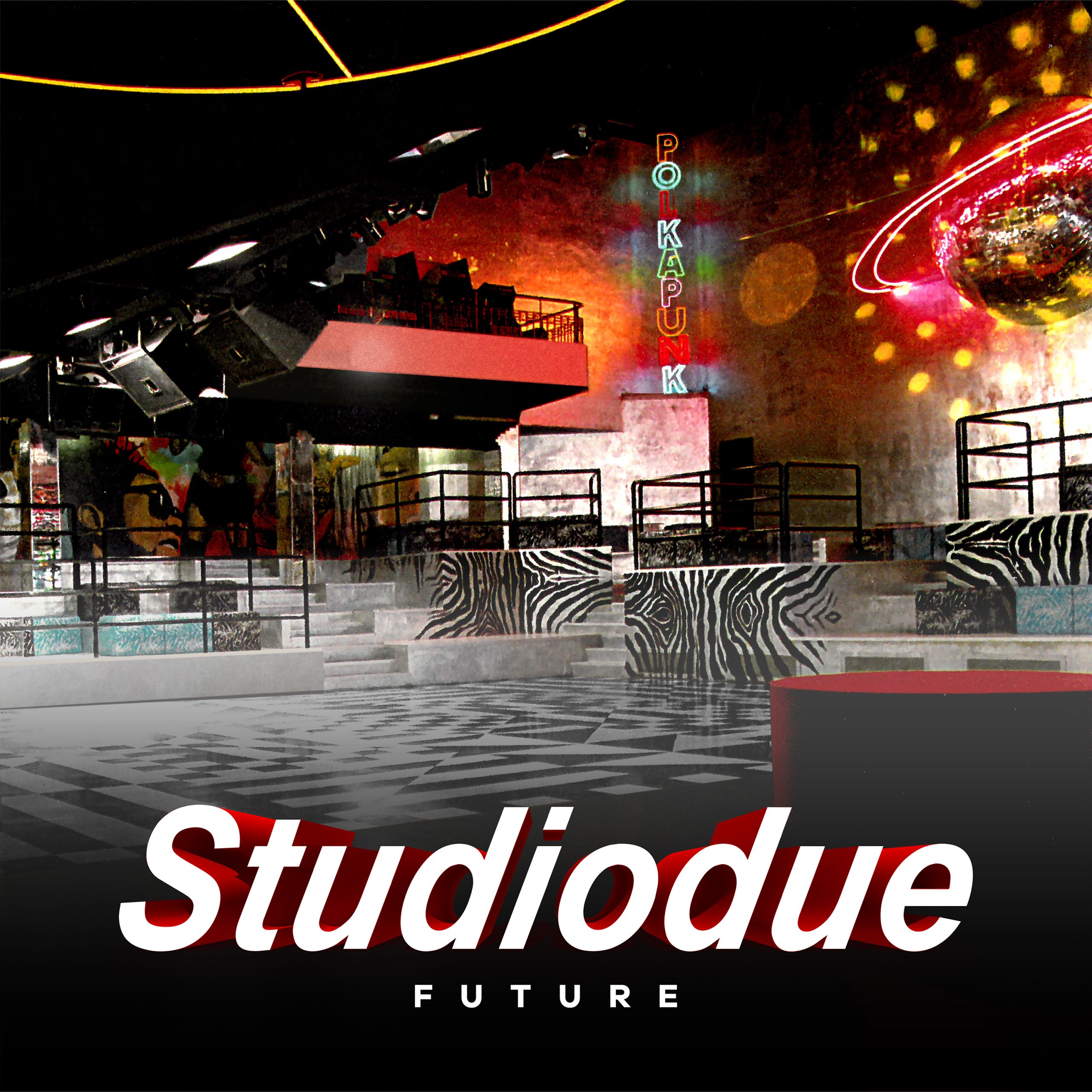