Interview – I Hear Disorder talks ‘1 out of 4’ on Aviron 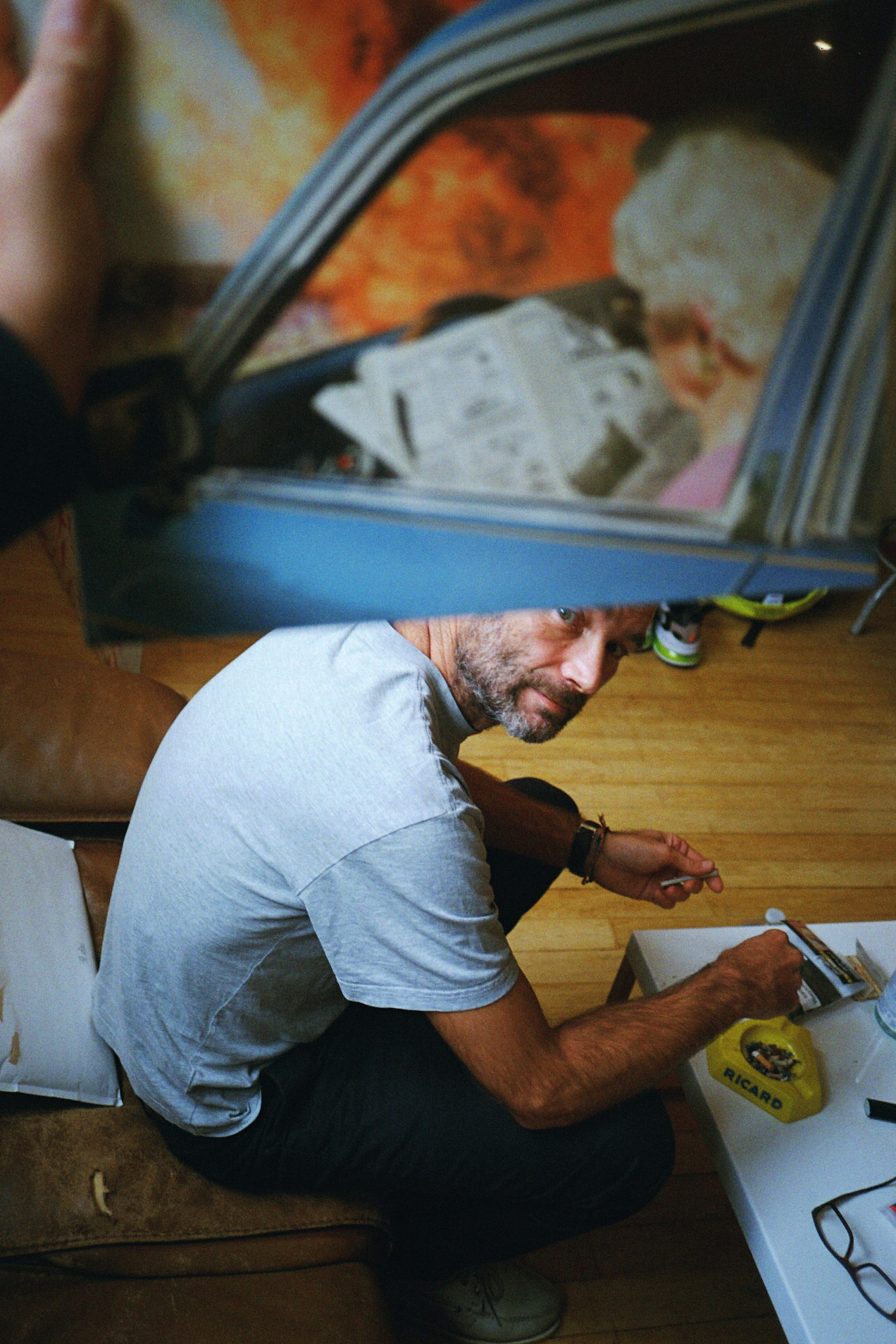 We caught up with French producer Julien Delfaud as he embarks on a new chapter with the launch of I Hear Disorder and accompanying label Aviron.

Hi Julien, thank you for speaking with us about your new release ‘1 out of 4’ under the alias ‘I Hear Disorder’, how long has this project been in the works for?
You’re welcome !
I’ve been working on it since the first confinement. We went to the south of France with the kids, I brought an MPC1000 and a little bass synth. I threw ideas during their naps.
Back in Paris, I succeeded in finishing some tracks and was happy with them. So why not release them !

All four tracks are vastly different, can you cite some influences for the EP?

The main influences are the souvenirs I have of when I was Djing in the mid 90’s, when I was going to the record store every week to check the new arrivals.
Because at that time, there were fantastic tracks every week, very original, there was lots of creativity and fun.
I was really into US house music, especially into the Chicago scene.

You are known as Julien Delfaud but also as Monsieur Jo – what’s made you start ‘I Hear Disorder’?

I’m a record producer, that’s my everyday job.
Monsieur Jo is a project I started around 2004,2005 when people like Vitalic did some very interesting stuff. I felt inspired.
‘I Hear Disorder’ is a house music project. I’m missing a bit of fun in today’s house music. I miss a bit of creativity. There’s lots of tracks released every week, but it’s like there’s only the form of house music, not the core of it, which is fun !
I’m not nostalgic, but I’m missing a bit of fun ! That’s why the tracks are really straight forward.

Monsieur Jo also shares their name with the detective from the 1985 film ‘Un Certain Monsieur Jo’, are you interested in film? Do you have any hobby’s or passions that inspire your music?
Of course ! I’m lucky enough to have a creative job. I love creativity and emotions. These days I’m really into abstract art and impressionism.
‘1 out of 4’ is the first of 4 EPs, so there will be 3 more EPs released in a year, I think, haha…
I’ve asked IRSUT (Hugues Chevalier), a painter, if he liked my music and if he was ok to do a painting while listening to the music. He said ‘I love it’.
So the artwork of the vinyl is 1/4 of the original painting, so if you get the 4 EPs, you’ll have the entire original IRSUT’s painting.
I think my life’s made of passions: my daughters Uma and Niki, Cinema…. of course ! These days, I’m very impressed by Denis Villeneuve as today’s director. He’s managing technology and emotions which I can notice as a record producer. And of course, Wine ! Haha, so french !? Wine is emotion. I can have tears of emotions when drinking a fantastic wine.
Zdar used to call me ‘Le Jo’ when I was his assistant engineer, we all had daft nicknames in the studio….. So Monsieur Jo came out naturally, it’s not from the movie.
Maslow Unknown · PREMIERE: I Hear Disorder – I Know You Know [AVIRON]
In the past you have worked alongside many great musicians such as Phoenix and Etienne de Crécy – are there any plans to collaborate with other artists for this project?

Aviron is a new imprint of yours, tell us about your vision for the label.

For now, it’s just a way to release my music. But I’d love to put out other people’s music. If the music is fresh, fun and straight forward.

What is it like to A&R yourself and have you faced any difficulties in the process?

Good question ! Haha ! As a record producer, I know what it’s like to work on somebody else’s music, to find the solution to achieve the artist’s goal.

But when it’s for yourself, it’s much more difficult. It takes more time to make choices. Hard to not have the demo syndrome…. to go back to the original idea.

In the 90’s you played and hosted a range of parties at Rex Club in Paris. ‘1 out of 4’ sounds club-ready, are you looking to make a return to the club scene?

Yeah, I’d love to. I’m thinking about a djset/live with stems. I’m working on it. The tracks are very long, it’s club/Djs oriented.

We look forward to hearing and seeing more of ‘I Hear Disorder’, Is there anything else on the horizon you’d like to mention?
As I said, ‘1 out of 4’ is the first of 4 EPs, so there will be 3 more EPs released in a year. You’ll get IRSUT’s entire painting if you get the 4 EPs.
And i’d love to go into the clubs to play the tracks the way i feel it, why i’ve made them so.

Thank you very much for your questions. 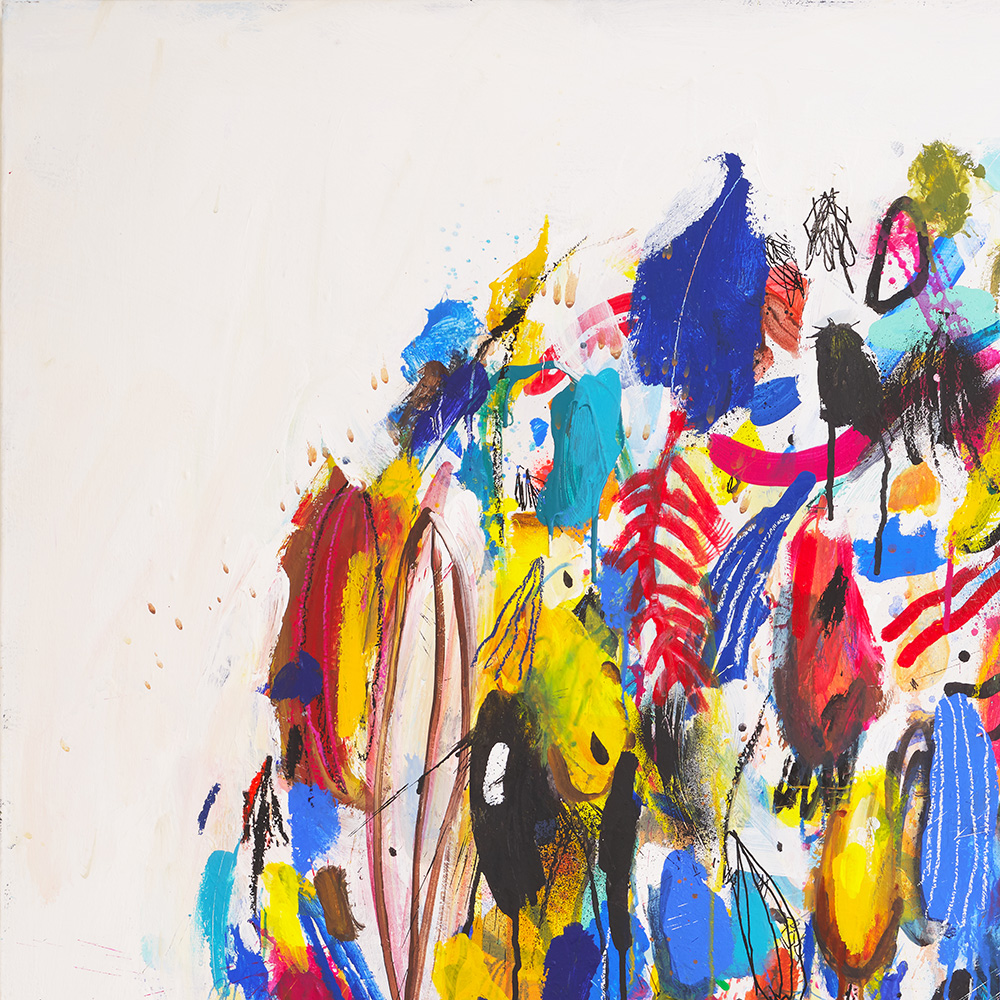