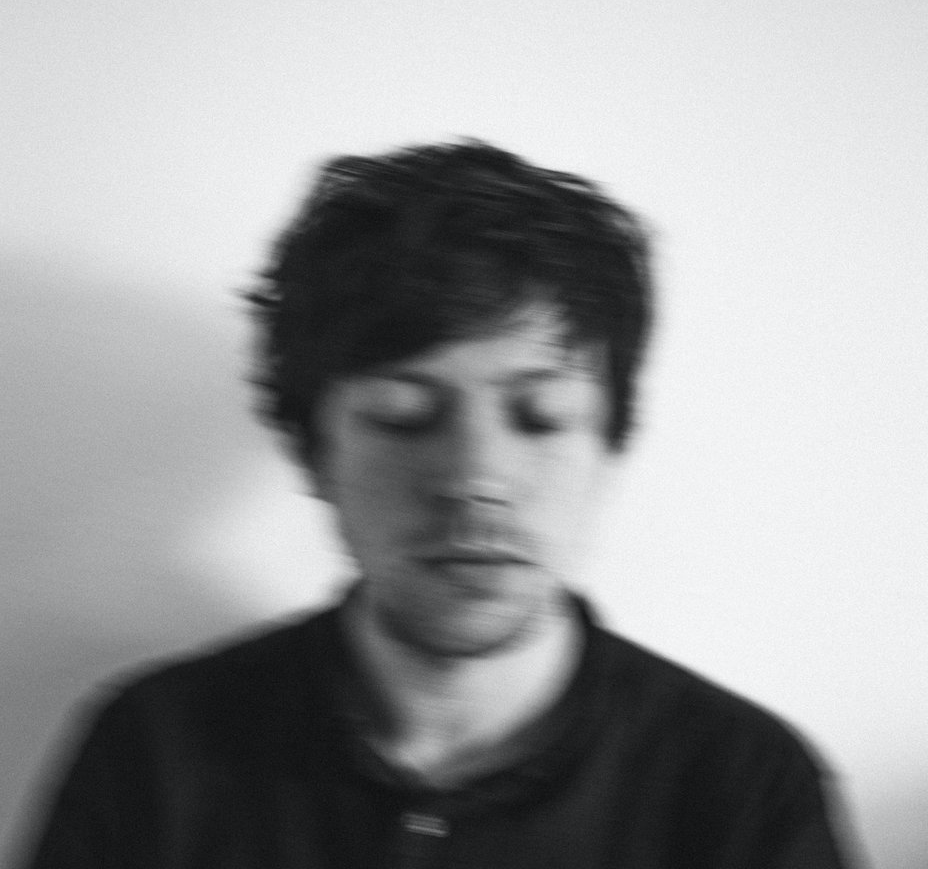 Berlin’s Holographic Field has just released his latest album offering ‘Illuminate’ – a thought provoking and empowering selection of rich electronic productions spanning a plethora of genres. We caught up with him to dive deeper into the album and the vast selection of hardware used to bring this collection to life.

Congratulations on your most recent release, the Illuminate LP.

Do you prefer to bring your music together in album form rather than releasing singles? And if so, why is that?

Yea I think I do, but it really depends, I guess if you create something which is in a context to a phase of your life or you develop a musical or narrative concept it’s obviously the best format, the tracks are connected in a way. An album gives you the opportunity to tell a bigger story and in the best case create an emotional journey for the listener.

I also always prefer to listen to albums, so that has an influence obviously. In these times of fast consumption its good to lean back and dive into a world, rather than switching through things, not arriving anywhere, because you are already rushing to the next thing. But in the end it just depends on how the process evolves.

Have you always made music on the more experimental side of things?

Well not always, I started with playing guitar in punk bands, but I found an early interest in instrumental music and never really liked the mainstream too much. I have different phases, sometimes it’s also just nice to make beats or some epic pop hymn. But through the years I got more drawn to the odd rather than the often generic mainstream sound, trying to create an own sonic world. I feel music as a form of human expression should be as open and wide as possible, to explore whats hidden in it, I try to incorporate that in my process. 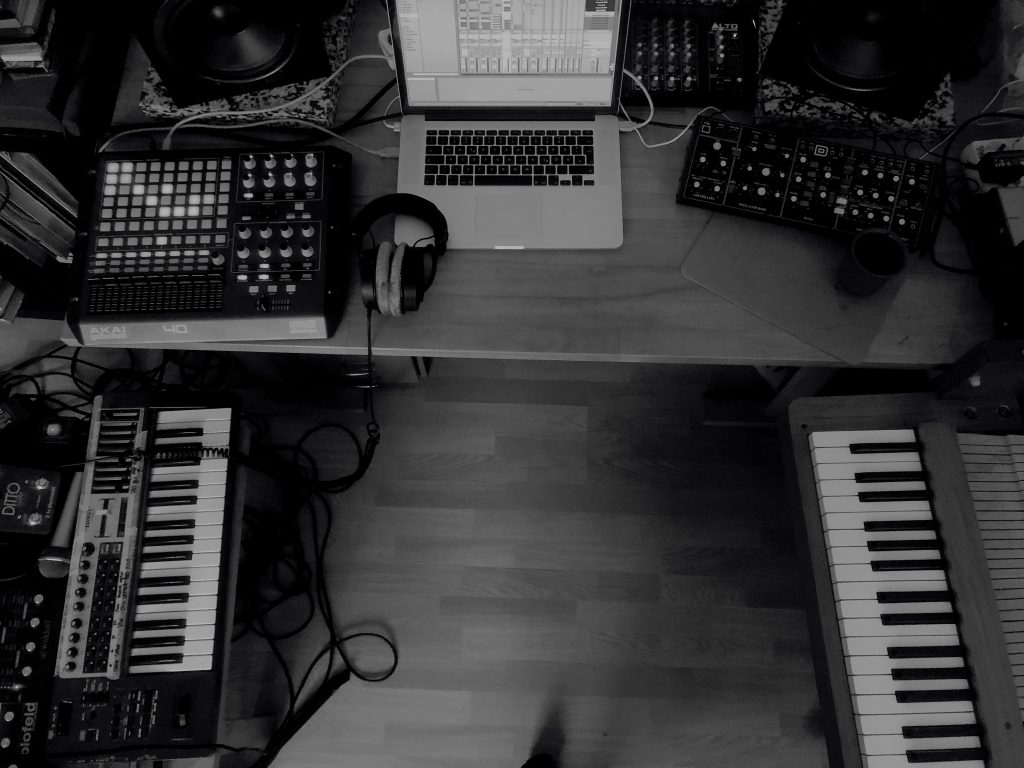 Can you talk us through your studio set up?

Sure, pretty classic home studio. My Mac Book as the center, connected to my APC40 (mainly for live). I have rather cheap speakers, but mainly work with headphones anyways, Beyerdynamic DT 990, clear sound and comfortable to wear. A midi keyboard from Edirol which is quite old, but I like all the mapping options. A Waldorf Blofeld Synthesizer, a nice allrounder and good for Pads. Behringer Model D, great for Bass! Some external FX -Pedals, Line6 Verbzilla and Echopark, an Electro Harmonix Super Ego (great for Drones). All connected to the Fireface UX Interface, nice sound and many INs and Outs for that size. And last but not least a beautiful pianette (small acoustic piano). For recordings I have a pair of Rode NT5 and a Tascam Fieldrecorder.

Are there any standout bits of hardware that really shaped this album?

Most of it is really happening in Ableton, since I work with samples a lot, but I used my old guitar pedals in every song. I think its nice to be able to have parameters in your hands and send signals out and re-record an FX track. I guess this was helping to shape the sound trough out the album. 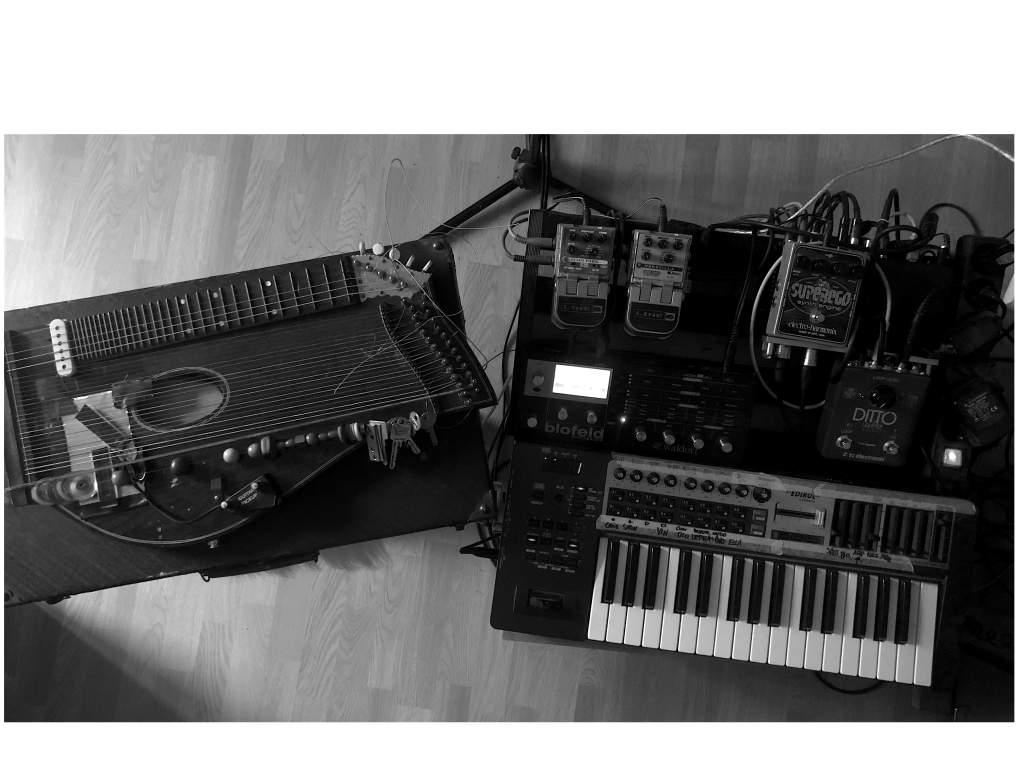 What is one piece of kit that you want but have yet to add to the collection?

Hard to say, I’m not the biggest gear hunter. Like with the old pedals, I really try to work with what I have. I read in an interview from Jean Micheal Jarre that minimalism is really a gateway to creativity, too many options can become an obstacle, so diving into whats there and learn it properly, that really resonated with me. I guess I’d like to play around with a tape recorder, this could shape the sound in a nice way. And I love the sound of the Vermona Perfourmer Synth, but thats quite an investment, will see.

How do you feel that your sound has evolved following your previous releases over the years?

It’s really always a process still, I will see where it’s heading. But the tools and main instruments I use became more defined in time and the sound world of the project evolved more and more. For example working with field recordings and samplers a lot. The first album was more pure so to say, also because the project just came to life, Illuminate feels like a next step to figure out how holographic field develops, adding a more wide and slightly experimental spectrum.

Do you feel that the ambient music scene has grown recently? Where do you see it in the future?

Yeah I feel it’s growing somehow, I suppose also through Spotify lots of people discover the beauty in calm atmospheric music – mediative and reflective states, as a counterpart to our fast lifestyle. I’m not sure where its heading, I assume 3D Audio will become a bigger thing, also connected to Virtual Reality of course, but also improving sound systems with new possibilities to experience sound live. Ambient music as a genre feels quite timeless for me, so I think it will keep existing and evolving.

What is one song that you feel shaped the sound you make today?

I really like the rough and organic sound of him, definitely shaped my sound in that direction, being more brave for edges in a way.

‘Illuminate’ is available to buy here.