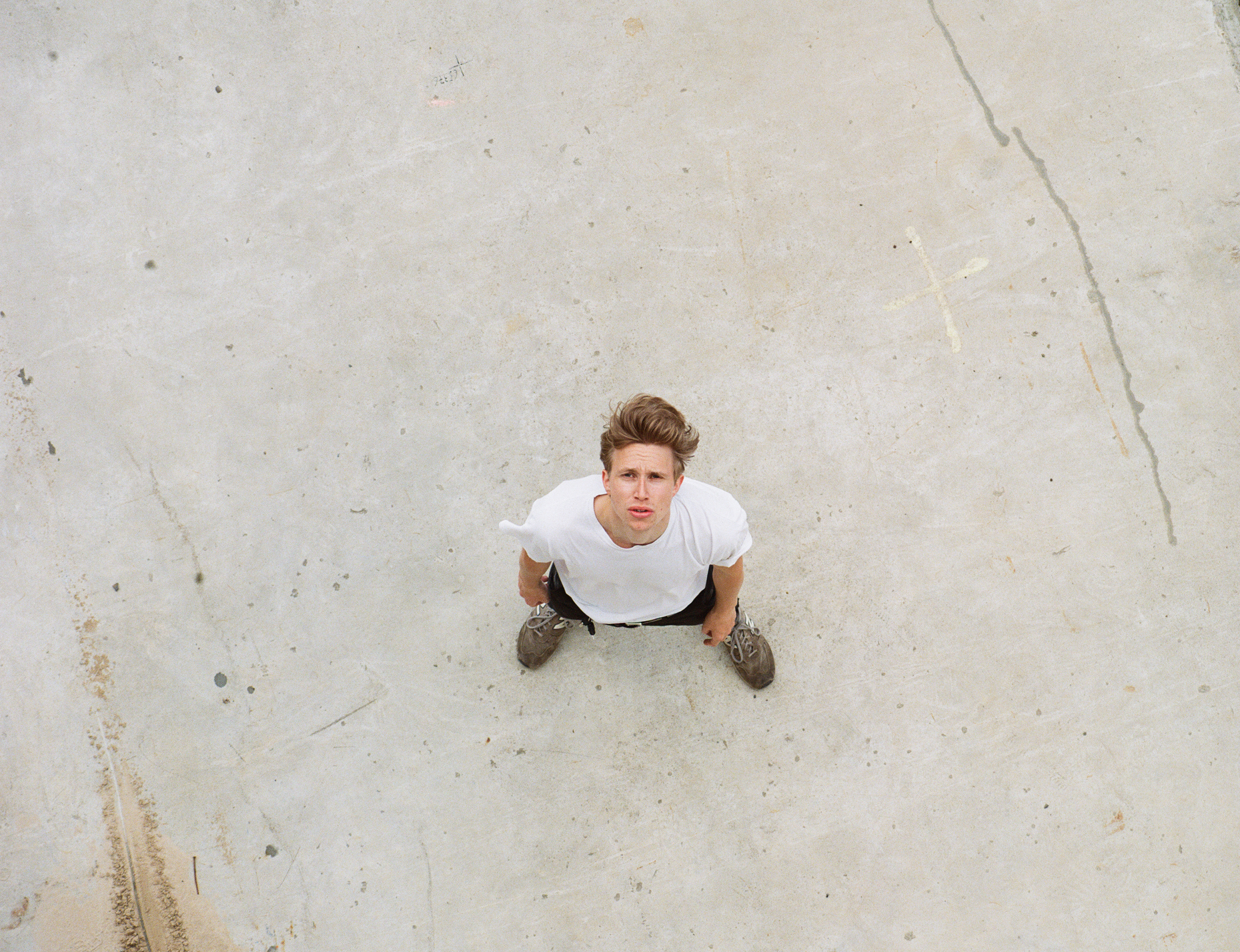 Holly North has already stirred up dust with his single release and album announcement on 3000Grad. Now his melodic longplayer has finally landed on Planet Earth and we talked to him about the stages of production, his musical background and his plans for the future.

Hi Holly, welcome to Music Is 4 Lovers. Great to speak to you. How’s things?

Hey, thanks for having me! I’m doing great, very busy but happy that the album is finally out.

We are loving your new album. What was the inspiration to go for it?

Thank you! Well, it wasn’t initially planned to become an album. But within the creation process I slowly realized the pieces could create a much more powerful story together than by themselves.

I wanted to create a journey through different fragments of thoughts and state of minds that can be listened to in all different kinds of settings, whether very randomly or carefully song by song.

Can you tell a bit about your journey into music, producing and touring as a liveact?

I have a classical music background, playing the cello since I was seven. Some years later I got into playing the electronic bass and the piano and eventually started producing around the time when I was 16, 17.

Coming from that background, my production process has always been based on working and improvising with snippets of ideas before proceeding to the actual ‘electronic’ production, rather than the other way around.

This is probably also why I very quickly decided I would only want to play live as it leaves me the most space to be creative and intuitive on stage. Probably the most fascinating about playing live is that I’m able to re-arrange or even re-write entire tracks in the very moment we’re listening and dancing to them which enables me to interpret my tracks differently every time.

For the album, I have been mainly working with Logic, using my Korg Minilogue, Tr-8 and some really great plugins. For Thawra in particular, I actually did not use many plugins at all and produced the first mixes only with the Minilogue and the Tr-8. This was great because it created such a good flow during the sessions, and I think you can also hear exactly that when listening to the track.

And what’s been your favourite moment of your career so far?

This album – especially because it’s just the beginning! A lot of energy and thoughts went into this project so I am very happy about the result. I consider ‘Odyssey’ the start to so many more things to discover over the next years within the world of music.

A lot of new releases are in the pipeline and I’m of course really hoping to play more shows over the next year.

I’ve always loved to get inspired by all different kinds of forms of art and to get in touch with other artists to see how we possibly could merge our ideas to create new content. I hope this soon will all be possible again!

Based on my album there will be a very beautiful short film coming out in the next months, which I am looking forward to a lot. Other than that, make sure to stay tuned for my upcoming releases, including two EPs, remixes and collaborations with other great artists, which is all planned to be released this Fall.

Until then: stay creative, check your privileges and listen to good music!