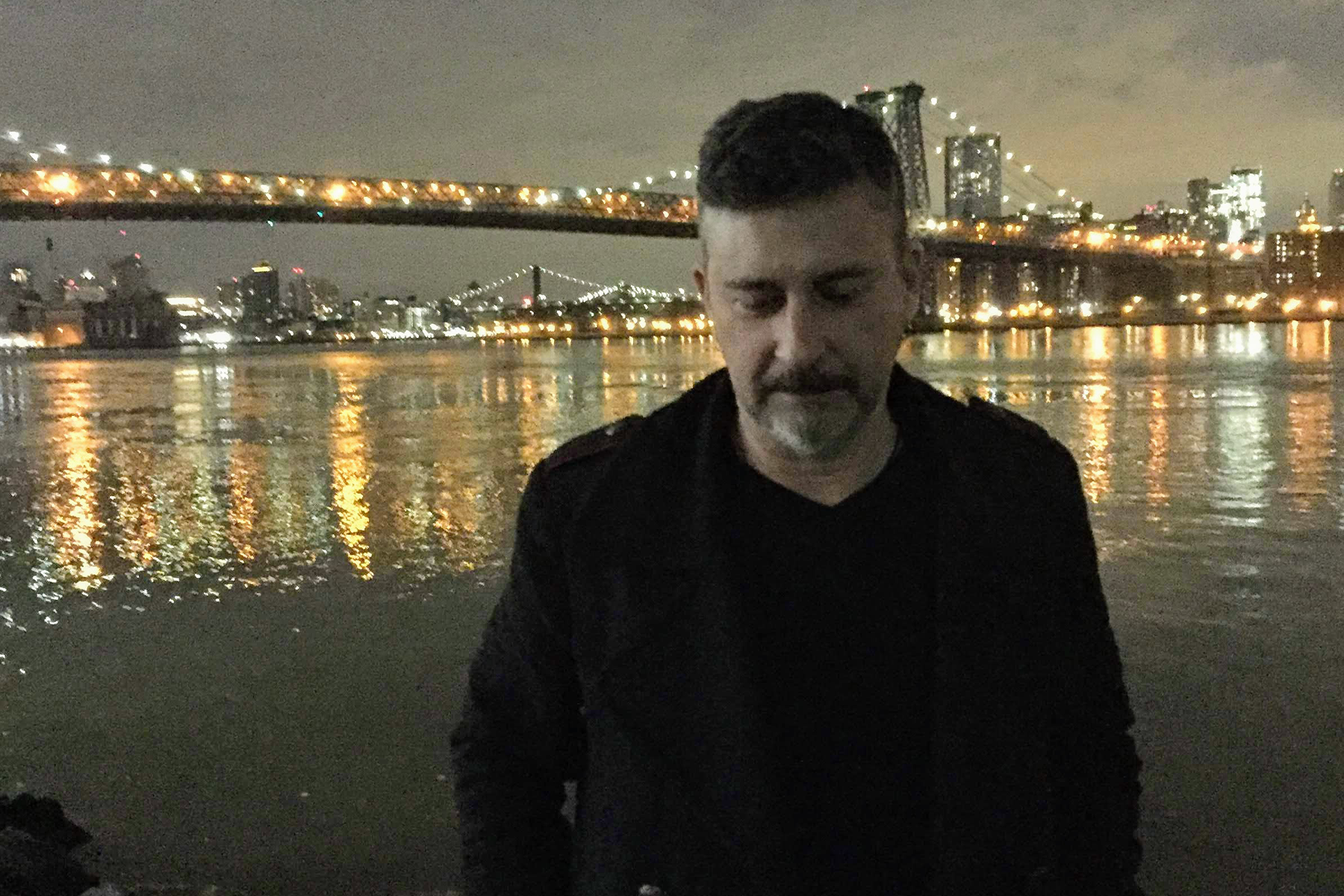 With a contribution to the electronic scene in the last two decades that goes beyond a couple of albums and collaborations, DJ Ino marks a impeccable style mixing tracks as well as taking part in prestigious clubs and festivals around the world. A very much respected character at clubbing seen, Ino is a wizard of impossible mixes.

We got the opportunity to chat with DJ Ino about his upcoming in music and a bit about his forthcoming release on Deep Site! 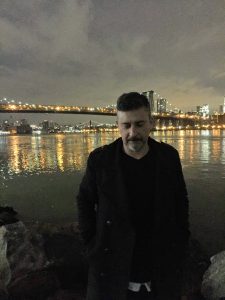 Hello everyone, thanks for the interview invitation. I am DJ Ino, a character passionate about electronic dance music, very focused on Deep House and a person who has given more than half his life to this musical genre, producing records, parties and musical events for exactly 25 years.

As a DJ I have had the privilege of being able to travel the world playing in clubs and parties where I was able to teach my particular way of understanding this music, this being one of the things I like to do the most in life. As a producer, I have released my music on a variety of record labels. Always producing Deep House with all the variants that this genre offers us. At present I am linked to the island of Ibiza producing songs for “Be Adult Music” and playing music in two emblematic spaces on the island such as “Jockey Club” and “Kumharas”.

2.) Tell about your new release on Deep Site?

I’ve always liked supporting emerging record labels with my music, because they are the ones who need the most push from artists. My relationship with Rory, owner of the label, goes back many years since he is a music lover like me and we like the same music. Normally when I finish a song in the Studio I usually send it to a few colleagues for a test and get their first impressions. Two of the songs on the album “We Were Better In The Future” and “Together” have been written expressively for Deep Site Recordings.

“We Were Better in the Future” reflects the Deep House sound that I like today, very basic, with a good beat and a lot of feeling in the melodic part. I have always thought that less is more. MC Johnny Def’s voice in this song is amazing.

“Together” is quite hypnotic, but I love it. MC Johnny Def’s voice hits the spot again. His text is to reflect, especially in the times that we are living right now with so much social confusion.

“The Traveler” is not a song, it is a journey as its title says. MC Johnny Def makes an incredible contribution with his intentional lyrics.

“Love Is In The Air” has become our most popular song and is licensed through “Be Adult Music.” I didn’t want to miss out on releasing this song on vinyl, and I suggested to Rory Cochrane adding it to the record. I think it was a success.

If we pay attention to MC Johnny Def’s lyrics, I’d say it’s our most revolutionary album. As a protest. But it is true that Johnny Def and I are quite in disagreement about how the resources of our planet are being managed and we like to vindicate it with our music. An album that proposes “union, reflection, awareness and love”.

3.) Who are your greatest influences as a artist?

In my 25-year career as a DJ I have had many influences, and it is difficult to name just one. I come from Rock, when we were little we wanted to play in bands and I was influenced by bands like Black Crowes. Later, when my nighttime habits began to change, I got to know the world of clubs and electronic dance music. In those years, I am talking about the year 92, I liked bands like “Incognito” and later the sound of NYC and Portugal were decisive in my life as a DJ and later as a producer.

I have always said that there have been 3 moments in which House Music changes my life. At the beginning it was Portugal with DJ Vibe as the maximum exponent or the sound “French House” with Saint Germain, Daft Punk, etc. Then it was New York and its underground Deep House sound revolutionizing my head and now Ibiza has opened my eyes again with a Deep House sound influenced by more ethnic sounds.

St. Germain – Whats New
Without a doubt, this album marked a before and after in the House sound. We were used to the sound that came from NYC and the UK, but suddenly this French man arrives and offers the world a wonder like this. My disc is quite damaged from so much use.
https://www.youtube.com/watch?v=7Xr8ZksXZlI&list=RDEMd_6qMCbHagA2KqkA2AbbIA&index=2

Funky Soul Rebels – Dreaming
The first time I traveled to New York would be at the end of 99. A group of DJs based in Brooklyn welcomed me as if I were family from minute one. When they recorded this song, I was present, and it was amazing to see the process of creation and recording. I think that particular moment aroused my interest in production.
https://www.youtube.com/watch?v=-NTyxG66LVM

Ibiza Sonica Radio
If you allow me, I would like to name Ibiza Sonica Radio, because it has been an influence for me for years. It is not just a sound, nor is it just an artist, I would not even dare to talk about genres, I would say that Ibiza Sónica is one of the main sources of my music acquisition. I am always attentive to what they propose as a radio and they are a real influence for me today.
www.ibizasonica.com

4.) Please tell us about the electronic scene in Spain. What artists do you love past and present that have inspired and encouraged you and what parties that you love going to have helped your musical evolution.

It is difficult for me to talk about what happens in the music scene in Spain because in reality I do not have data how to make a judgment. From what I can see through Social Networks, Spain is a country where there are many musical events, clubs, hotels and small bars with their own programming. I think that Madrid, Barcelona and Ibiza are the cities that should have the most activity, what happens is that as we all know we are living in a time in which clubs are pointed with the finger as the focus of transmission in this of Covid-19. At present, I mean right now … I think there is not much clubbing on offer. I think we will have to wait to be able to reactivate this entire sector.

As I was telling you before, right now I am a little more linked to the Island of Ibiza and I love the parties that are held here, “All Day I Dream” or “Womoon” are one of my favorite parties here in Ibiza. Although I have always been from small clubs, I also like to visit the Festivals that Spain offers from time to time.

5.) You’ve been on the scene for a number of decades now, what is your main motivation to keep going?

It is not easy to answer this question, because I have not found the concrete answer yet. I’ve been into music for 25 years out of pure passion, because I love music, because I enjoy discovering artists and songs every week. Because every time I play music in public, it is a challenge for everything to turn out perfect. Because I like to surprise when choosing this song and not another … And because I believe that this style of music deserves all the respect from me, simply because it has changed my life.

6.) What have you been up to during lockdown?

Live Streams. Basically. During the months of October and March I was working very hard in the studio preparing many new songs that are coming to the market exactly in these summer months. When Lockdown started, I saw an opportunity to show people my work as a DJ and music selector. Thanks to that, my YouTube and Facebook accounts had a significant increase in followers.

I made exactly 47 DJ Sets of more than 2h each and every day. I didn’t reserve any songs, I was working every day to be able to offer a new session in the afternoon. It was very nice to do it. I loved interacting with so many people at the same time.

7.) What else can we expect from DJ INO over the next year?

I believe that next year we will continue in the same story. Producing songs, trying to play records here and there, and living in the most honest and happy way possible. We only have one life, and we must take advantage of it.