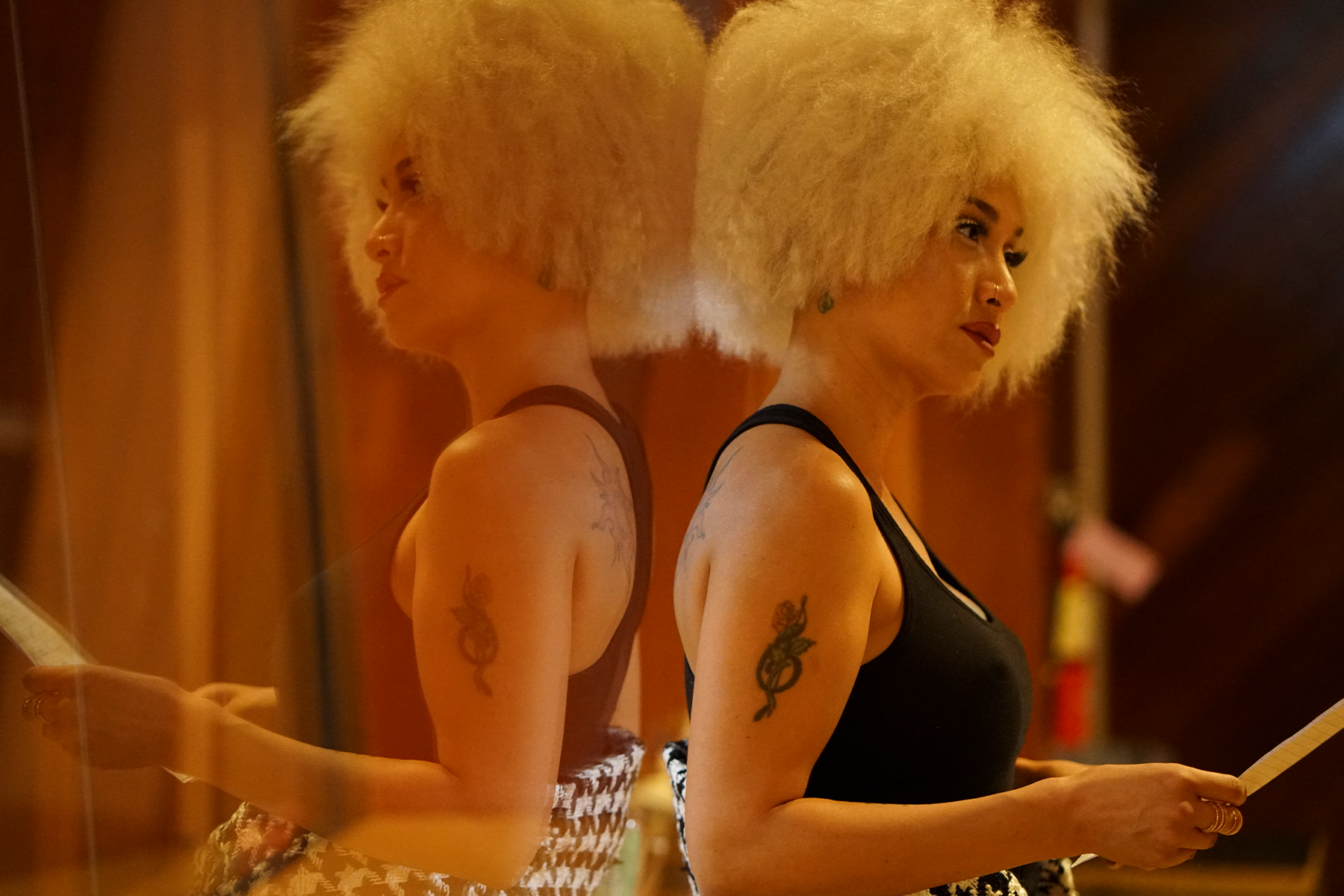 Her debut single Blackbird caused quite the stir. Now the hotly tipped US vocalist brings us ‘Beware The Stranger’, released on Foundation Music. The track is lifted from her much-anticipated debut album ‘Black Acid Soul’ and it isn’t hard to see the influences on which she reflects, like Billie Holiday and Gladys Knight. Real name Marley Munroe, Lady Blackbird is blessed with a bold, unmistakeable voice that is misting out across the global jazz scene.

On ‘Beware The Stranger’, she takes a huge London dance floor fave from the days of Rare Groove, spinning it around and flipping it on its head. The 70s original, ’ Wanted Dead Or Alive’ was performed back then by The Krystal Generation and made popular by soul ensemble The Voices Of East Harlem, whose classic rare groove version was produced by Leroy Hutson and Curtis Mayfield. This has been the inspiration for Lady Blackbird’s powerful, jazz-influenced reimagining. This stunning version was recorded in Prince’s studio Sunset Sound, and as the track opens, the tempo drops, the mood becomes intimate and the story is told, in her inimitable style. There’s a stranger heading to town and if they cross your path, they’re gonna do you wrong.

We were given the wonderful privilege to sync up with Lady Blackbird & get the chance to learn a bit more about her background in music and what else is going on in her world right now! 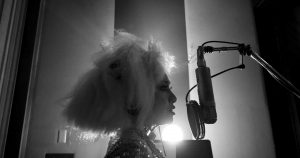 1.) Thanks for taking the time to talk to us today! Seriously in love with this track and the Ashley Beedle remixes.

No actually. I was born in a small town in the southwest. Eventually moved to New York and still feel most at home there (New Yorker at heart) but currently reside here in Los Angeles

2.) Can you tell us about your musical background? When did you first begin to perform? What was your first performance?

I remember singing for quarters at 2 years old. Performing at all the places a small town could offer which means churches, fairs, weddings, and funerals. My first performance I had to think hard on it was so long ago, but it was actually at church I was 4 maybe? It was a duet with my mother, and we sang ‘Fill My Cup Lord’. I remember throwing a bit of a fit with using the mic because it had one of those big foamy muffles on it and I thought I was gonna look so goofy holding it.

3.) The name Lady Blackbird, can you tell us why you chose that moniker and what it means to you?

The name Lady blackbird came along from recording the song blackbird. It just kinda came out. And it struck a chord immediately. Truth is I’ve always felt like the black sheep especially having grown up in the sort of small town I did. I always stood out a bit. You can only wander off as a sheep though, now being a bird I can fly away to any creative land I dream up.

4.) Looking at the imagery and press shots of you, which are completely stunning btw, you are hugely creative in your shots. Would you say the art of this imagery is important to you and your message as an artist?

First off thank you for the compliment. That’s extremely kind. As for your question, the art, the creative process is equally as important as the music. There’s a freedom in both music and the creative mind alike. It gives you the ability to go anywhere. I’m influenced by these genius minds like Warhol, Grace Jones, Thom Yorke. It’s important to me that if you close your eyes and listen to my music you can hear my soul, but when you open your eyes you see complete freedom.

5.) Beware The Stranger’ you took great inspiration from the rare groove classic ‘Wanted Dead Or Alive’. Is this track something that you have been into a long time? What was it about the track that appealed to you to rework?

The song Wanted Dead or Alive was brought to us by Ross and to be perfectly honest with you I didn’t actually get it as a song for me. It was this Northern Soul tune and I’m makin a jazz record. It was the choir bit at the end that really sold me on what it could be and we expanded on that bringing a darker and moody vibe to it.

6.) Can you tell us what you did to the lyrics and what the lyrics of this track mean to you?

Flipping the gender on the lyric fits me personally so it really became my own. And with all the given changes it took on this almost dangerous vibe. And that’s how it became Beware the Stranger.

7.) You are working with Foundation Music and London’s Ross Allen. How did you strike up a connection with the golden eared A&R?

The connection with Ross came thru my producer Chris Seefried. After meeting and really vibin on music I mean the man is like a walking music catalog

.  He first played me the song ‘It’s Not That Easy’. It was dope.  I said I’m gonna learn this and sing it for you next time your in town. I not only did that but now it’s one of the songs on the album.

8.) The remix package is stunning, taking the original and moving it across areas of classic, euphoric house by UK house Legend Ashley Beedle, through to chilled and Balearic by Grammy nominated Chris Seefried, to the haunting, super-polished production by maverick producer Matthew Herbert. How did you manage to get such a strong team of remixers on board?

I’m so lucky to have all of these incredible people doing these remixes. These connections have all come from Chris and Ross. I have the best team of people. And the fact that they love these tracks and are interested in doing them is amazing. I never realized how big of a fan I am of remixes until now. They’re incredible because they take your song in it’s original genre and take it to the dance /dub/house world and it hypes the hell out of it.

9.) Gilles Peterson has called you the Grace Jones of Jazz. That’s quite a heavy accolade! How does that make you feel?

To this day that is and will always be my ultimate and favorite comment. I wanna kiss him in the face for that one!!! And I will do my best to live up to such an extraordinary compliment. Love you Giles.

10.) What’s coming up next for Lady Blackbird?

Well we’ve been working a lot. Already writing for the next album. We’re working on the video for ‘Collage’ which is my next single out October 16th. I have just finished recording a song for the upcoming documentary on Peter Case. I just finished a photo shoot and short film with the amazing photographer Tony Duran. I’m on the new ‘Vintage Trouble’ album and on the new ‘Trombone Shorty’ album. He’s also featured on one of mine as well. And we’re talking live shows next year fingers crossed starting in London.

11.) To say this last year has been tough for the world that we live in, is an understatement. What is your message?

Hmmm my message… what’s that saying? When your walking thru hell keep going? So keep going. I know I’ll continue to focus on the positive. The quarantine happened while the earth needed a breather. We need to be more mindful. We’ve been now forced to focus more on family and quality time with each other. We get so busy and wrapped up in shit that is meaningless. This will pass but perhaps it reminded us that we really are all in this together. No one is immune or more special than the next. Love each other, help each and may we all continue to grow in the best of ways.