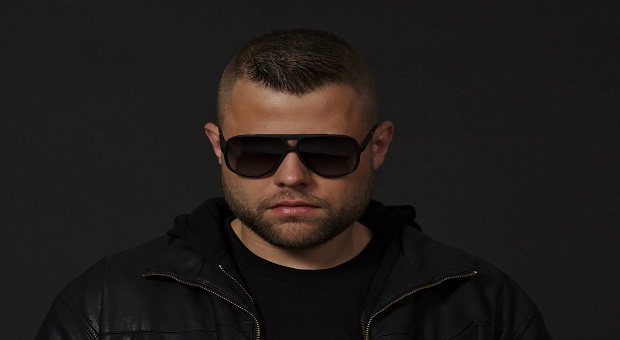 This essential two track EP follows Sonic’s previous outings on labels such as Beat Boutique, Sprout and Traum plus marks Kittball’s third EP release of the year so far, following offerings by Rob Kali and The Deepshakerz.

Following the recent release of the EP, we caught up with the pair to find out a bit more about the release and what else they have planned for 2018.

Hello Music Is 4 Lovers! 2018 has started with a lot of nice parties and a lot of fresh music. During the weeks we’ve been hanging around the studio workin’ hard on our first album and trying lots of new production tools & machines. Frank’s been playing at a lot of famous venues like Sisyphos & IPSE Berlin during the last months, but we are also happy to play at our very famous residencies at Butan Wuppertal and Silq Club in Dusseldorf regularly for our lovely German fans.

How did you guys first link up and start producing together? Was there an instant understanding in the studio?

We’ve known each other for more than 10 years and are regularly creating new sounds together. Last year we released one of our older tracks “Sunrise” on Beat Boutique Records which got a really positive response. Then the goal for us was to produce new tracks. In the end, we finished a lot of new stuff, so we decided to work on our first album. Inside the studio the work is shared between us. While Frank is more the groovy guy and good in harmonic melodies, Alex is more the arranger and frequency man.

Atlanta is your newest release, what is the inspiration behind the EP?

Unfortunately we don’t really have an inspiration for this. For title-track “Atlanta”, while producing the beat, the driving groove reminded us a little bit of Cirez D “On Off“.

B-side “Ozora” was produced by Frank in the afterhours following a crazy DJ gig. He was inspired by some of Innervisions’ past releases, and fell in love with recording live drums and of course those nice horns in the break.

What sort of music were you listening to whilst working on this?

A lot of different music. We are always listening to a huge range of music, and not just dance – also listening to classical, live & world sounds too.

We saw the EP has already been getting some love from the likes of Solomun. How does that feel?

It was a totally crazy moment for us. We sent the demo to Solomun but never got any feedback from him. Alex found the video by fluke on Youtube. It was a public video from a Solomun set in Georgia. We posted the video on our Facebook and our lovely friends Tube & Berger contacted us to say they wanted to sign the track to Kittball.

Frank Sonic – I know you’ve fairly recently got back in the studio after a break. We take it you have lots of ideas at the ready for 2018?

Yes yes. After my well received Sprout release last year which was played by nearly all big names like Armin van Buuren, Hernan Cattaneo, John Digweed, I was really motivated to work on new stuff. After some initial different troubles with my studio-equipment and studio-places, I’ve now got back into my groove. I’m very happy with my soundscape and I am sure that this year some sonic bombs will hit the international dancefloors!

Frank Sonic  – Festival season is fast approaching, are there any big events, both in Germany and elsewhere, that you’ll be at?

I love playing at festivals. This year I’ll be at the famous Sea You Festival, where I will play with Nina Kraviz, Richie Hawtin, Hot Since 82, Kink (Live) and many more.

Frank Sonic – How do you approach these performances in front of a big crowd compared to one at a smaller, underground club for example?

I like both the big crowds and also the sticky dark clubs. It’s totally different if you are one or twenty metres in front of the people dancing, but both gigs can be fantastic. But if you ask me, I will always prefer the sticky small 200 people club in my neighbourhood. I like my resident clubs because I know the PA, know the people and everything around me. I love if the venue is like your own living room.