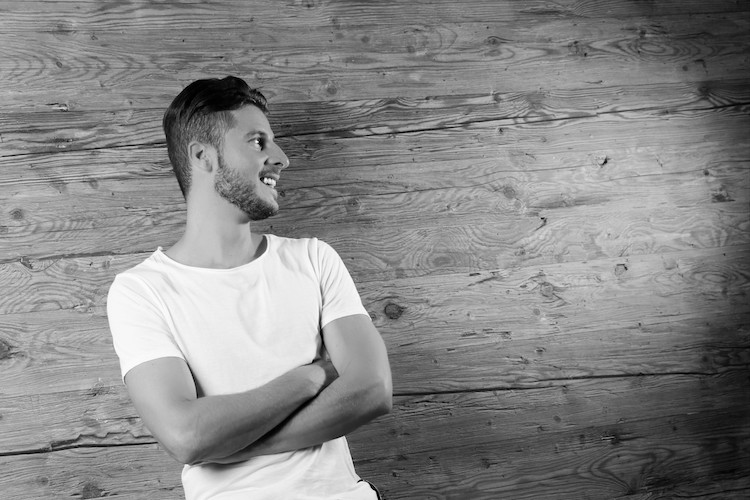 We have the pleasure of speaking with Mad Hatter label boss fran&co ahead of his latest EP ‘Inno and Onni’. We find out more about the Frankfurt based tastemaker’s label, his upbringing, the changing scene in Frankfurt and what inspires him…

Hi Franco, pleasure to speak with you. How are you?

Hey guys, I’m very well. Thanks for the invite!

2018 started in an amazing way. In December I have launched my label Mad Hatter and catalogue number 002 was released in the frist week of January 2018. Filikos turned to be a little hit on various platforms, including Spotify and Beatport.

We’re digging the new release on Mad Hatter! What’s the story behind the label? How did it come to start?

Thanks, I’m very glad to hear this. The story behind the label is pretty simple. I wanted to create a platform for my music and music from other artists. Focusing on what I like to play. So the A&R procedure is easy too, whenever I hear a demo and I like it, then I test it and if it works for me, then I release it. I do not want to limit Mad Hatter to a certain style, rather to good music that I like.

I would describe my sound as melodic House and sometimes even a bit techy. I like deep stuff, I love melodies and I need the groove of a track to make my legs whipping.

Were you always musical growing up? What inspired you to make house and techno?

Actually its quite funny, my dad bought me drums when I was 7 years old. He always wanted me to play in a band. I tried to, but it was not really for me.

When I was 13 or 14 years old, I freely decided to make music, but with turntables and not with instruments. I started to buy my first Hip Hop and Drum and Bass records (Drum and Bass was quite a big thing at this time). My dad was not really supporting this in the beginning, because his understanding of music was sort of different (laughing). I was born and raised in Hanau, a small city about 20 kilometers outside Frankfurt. Sven Väth’s Love Family Park took place in my hometown once a year and I visited even without being infected by the Techno virus yet. It must have been 2003 and 2004 when Sven’s sets grabbed me. I could not resist anymore and started to deejay House and Techno.

What was the scene in Frankfurt like growing up compared to now?

The scene in Frankfurt changed a lot! It’s actually not comparable anymore. We had so many great clubs such as Monza Club, U60311, Space Place and Cocoon Club, it was almost like in Berlin nowadays, where it’s difficult to decide where to go because there are so many options. Space Place was renamed many years ago, it’s now called Tanzhaus West and is the only real Techno Club left in Frankfurt. It’s interesting to see this development, keeping in mind that Frankfurt was in the early days of Techno music sort of a musical capital with legendary clubs such as OMEN and Dorian Gray! Of course there is also MTW and Robert Johnson in Offenbach, I believe they exist for 20 years now. To me Robert Johnson is one of the best Clubs in Europe. Offenbach is close, but it’s not Frankfurt, therefore I did not mention so far

By the way, we will have a release showcase for my new Mad Hatter release at Tanzhaus West in Frankfurt, on Saturday March 17th. Ron Flatter and myself will be playing. So, if you are around, don’t miss it!

What affect did growing up in Frankfurt have on your sound and your career?

To me the sound of Frankfurt has always been melodic. Artists such as Sven Väth and Jam & Spoon have been key drivers, I guess this affected me pretty much and explains my love for deep, melodic and sort of progressive music.

What artists would you say are your main influences?

Beside the ones I have already mentioned, I guess I would like to name Anthony Rother, Akufen and Akzidenz Grotesk. Anyway, it’s just too many and I do not want to limit my answer to a few artists or a genre. I like music and I love to listen to good music, no matter what genre, no matter who made it, no matter who plays it.

What are your five favourite records right now?

Beside my new release on Mad Hatter I guess

What advice would you give to someone starting their own label?

First of all, it’s costly and time consuming. You need patience and you need to manage your expectations! I am convinced, if the released music is good, then sooner or later the right people will hear it and support it. Just stay focused and don’t give up if something does not work out as expected.

What does the future hold for fran&co? Any further goals or ambitions yet to achieve?

Well, that’s a good question. Of course I have ambitions and goals in regards to my musical career. However, I have learned one thing, you cannot force anything to happen. You need patience and as always in life, a bit of luck. For now I have decided to focus on doing what I like. Everything else will be decided by the listeners, either they like it or they don’t

Fran&co’s ‘Inno and Onni’ is out on 9th March