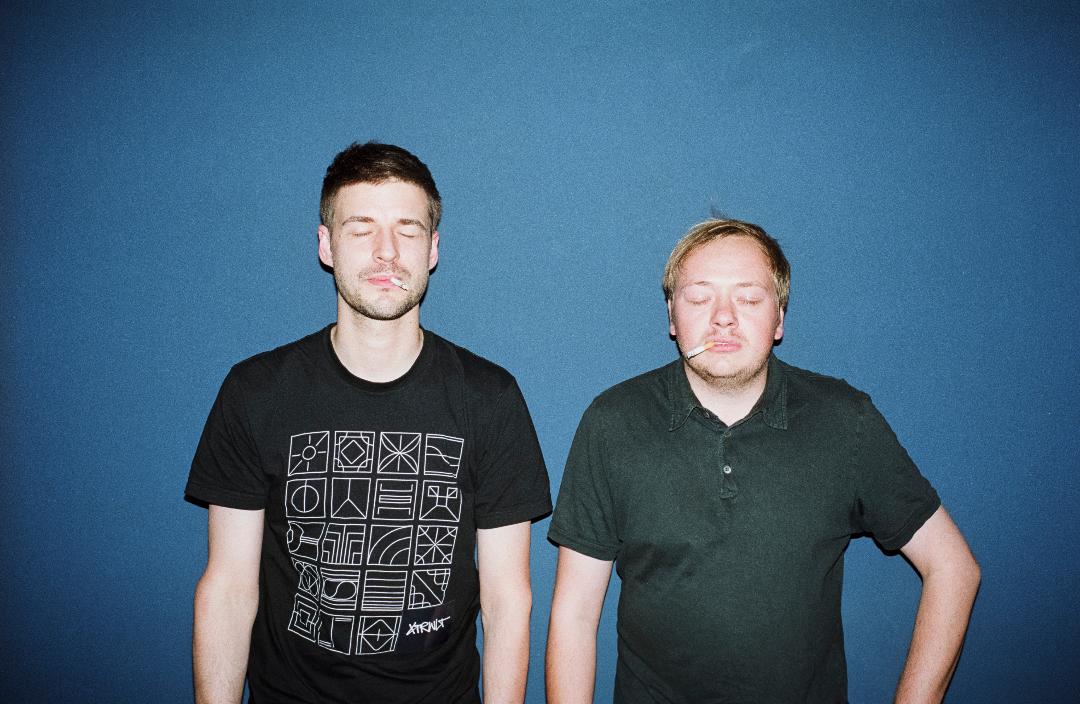 Renowned as being one of Germany’s most highly regarded acts from their dominant and enigmatic history, and following the release of their ‘Extra Welt Hits’ on Cocoon Recordings to coincide their 15-year anniversary, Extrawelt enlighten us with what they’re doing currently, the back story behind the duo, biggest inspirations and much more.

Afternoon Arne & Wayan, thanks for taking time to talk to Music is 4 Lovers. Can you tell us, where are you right now and how are you both?

Hey there, our pleasure. I’m currently on a short autumn vacation in lovely Greece. Wayan is freezing at home in Germany.

The last 6 months have obviously been very challenging for the electronic music industry, as well as the world at large. How have you survived over these difficult times and what changes have you made to your working regime and lifestyle?

I guess in comparison with other places in the world we should feel very lucky that we are living where we do. But, sure it has been a very weird year in all aspects and economically our scene is suffering a lot too. Especially the people in the background from club owners to booking agents, technicians, bouncers, bar personnel, backline services, light and VJs etc. So I guess regarding their situation we should consider ourselves again as being rather on the lucky side.

We too lost a whole year of income so far but at least we have a few royalties from our music sales and streams from time to time. At this point, I’d like to send a huge thank you to everyone who bought (or streamed) our music. Our lifestyle surely has changed dramatically but not all of this is for the worse. Lockdown was tough, as it was for everyone, but at least we got to spend more time with our families in comparison to normal times where we are on the road most every weekend. And we were able to spend a bit more time on preparing releases, doing remixes and making music than the years before.

October sees the release of your ‘Extra Welt Hits’ album, a collection of music that marks 15 years as an act. Can you tell us a little about the early days of Extrawelt, and how you got together?

We knew each other already from when we both were young DJs. Then at some point, we had the idea to hook up the few pieces of equipment we owned and borrowed. From being 24/7 in the studio for a couple of years we then really got to know each other. A bit later at the end of 2004, I sent a demo to Border Community without expectations and half a year later James got back to me asking if the tracks were still available. Shortly before the release, we decided to change our moniker from Midimiliz to Extrawelt and then the “Soopertrack” 12″ came out. Although it made some waves pretty quickly it took a longer period of time to get bookings and land other releases. It wasn’t until 2007 when things really took off.

Your relationship with Cocoon goes back over a decade with Sven Vath’s imprint having released each of your albums. What can you tell us about the label and why you have remained so close for so long?

Cocoon contacted us for the first time to license Soopertrack for Sven’s annual Sound Of The Season compilation. During the exchange, they asked for new tracks and we send them the Titelheld/Stammgast tracks. When they signed those for a 12″ we felt like we had received an accolade from the highest place. Since then we have always felt thankful and happy to be able to release and work with such an institution as Cocoon is until this day.

You are well known for your live performances in support of your releases, have you found that a more fulfilling way to perform over DJing? And do you have plans for the live set, once the current pandemic situation has passed?

It was a natural process for us to start to play live and the more booking requests we received for playing live the less we played DJ-sets. For us, a live act is more of a little concert and a totally different approach than a DJ-set but from time to time I also enjoy playing a DJ-set here and there. At the beginning of 2020, we had put a lot of work into a different live concept with a light designer and a visual artist. A couple of shows were planned but then Covid hit. So we played exactly one show in February in our hometown of Hamburg at the Übel&Gefährlich venue which was a very promising and fun start with a lot of team effort and dynamic. We have to wait until things can go back to some form of normal and then see what’s left of the infrastructure in our scene if and how we can resume this.

Who or what would you say have been your greatest musical inspiration? So artist, labels, albums, whatever you like?

Phew! Difficult! There’s been a lot and with every crate-digging it adds up. My first musical love was Nena and when I say love I mean LOVE!

Some stuff from that Neue Deutsche Welle period I still find very cool and kind of a prototype for the electronic music that came later. My first superhero was Michael Jackson and some of his music and production is unprecedented to this day… then there was also:

What are your passions outside of the studio, club or festival?

We both still love to play football, nowadays more with our young boys than with our peers though. I was always a bit into designing stuff like most of our logos, cover artworks (by now often just curating though, licensing art and making a rough sketch). Wayan got deeper into photography lately.

The ‘Extra Welt Hits’ album marks the end of one chapter I guess, what do you see next for yourselves?

For us, it feels not like an end of something but rather an interim conclusion maybe. The next releases are prepared and a 2×12″ on Furthur Electronix is scheduled still for this year, a couple of remixes are coming too. Unfortunately, the major labels are clogging the pressing plants currently once again and due to their preferential treatment, the smaller independent labels are suffering bigger delays than usual. Hopefully, we can continue to be lucky and tackle the next 15 years.

Extrawelt ‘Extra Welt Hits’ is out now on Cocoon Recordings – buy via Bandcamp below: