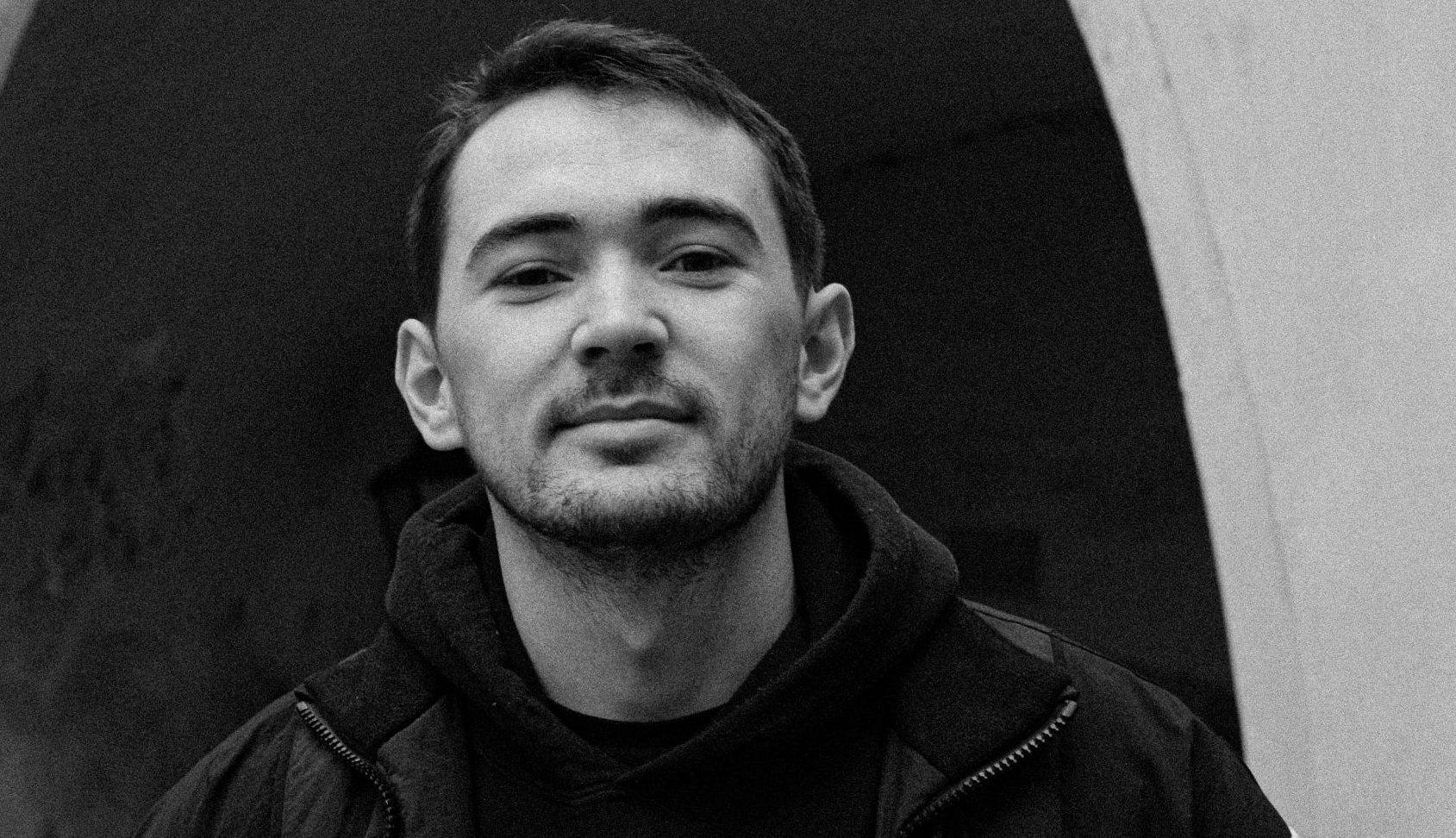 Fordian is a new and upcoming producer based in South East London, his involvement in London’s clubbing scene goes back years and his material also looks to plenty of other corners of the electronic spectrum for inspiration and often manages to strike a fine balance between mayhem and euphoria on the dance floor.

We caught up with Fordian to hear about his exciting new release on Steve Lawler’s iVAV Recordings imprint, his favourite clubs and events in London, his production processes behind tracks and best loved tracks at the moment

Hi Fordian, thanks for speaking to us today. Please could you introduce yourselves to our readers who might not already be familiar with you?

Hey! Thanks for having me. So my real name is Lewis, and I have been producing for a few years now, purely just as a background hobby. I’m actually a motion graphics designer by trade, and I’ve always had a keen interest in tech and software related things from a young age, so when I discovered dance music around six years ago these two interests combined with each other and I fell into the world of producing. I’m into all sorts of music, and I can’t really put my own sound into a bracket just yet, as I’m still trying to find my feet in the scene if i’m perfectly honest, so right now i’m just your everyday bedroom producer!

You’re based in London and say that the city has a big influence on your sound. Can you elaborate on this: were/are there any particular clubs or events that have had a lasting affect on you? And has there been any local artists that inspired you early on?

So living on the doorstep of the capital has given me so many opportunities to discover new DJ’s and sounds, that I constantly feel regretful that I haven’t taken them all! Of course, Fabric has played a big part in influencing my love for dance music, purely because I feel they let their DJ’s take full control and really express themselves however they want with their music. You get to hear the stuff they really want to play, and it’s just a club of no-limits from my experience, which I think it should always be about. Amine Edge & DANCE were kind of my gateway into the scene in 2015, and their CUFF nights at Ministry taught me what a proper party should be like. There was always this anticipation of whether they would play their big tracks like “Lost” or “Half Way Crooks” and that gave me that drive to one day have tracks in my own arsenal that would get people excited about being dropped on the night. Of course, they didn’t always drop the tracks everyone wanted to hear, which I think is great, because it really made it memorable when they did.

In terms of local artists, Skream has been a massive influence on me. Having attended all of his Open to Close tours at Village Underground & Phonox, I’m forever blown away at the sheer talent he has to weave in and out of genres like it’s nothing, as well as the quality in his own productions, the man is just a machine. And the best part is he’s definitely there for the love of the music and the party, he’s not one of those 5 gigs in a weekend type DJ’s.

Let’s talk about now. The pandemic has had a huge impact on the music industry, how has it affected you? Some artists have said it’s given them an opportunity to be particularly productive in the studio, has this been the case for you?

Yes, exactly that. With my 9-5 job being completely computer orientated it was difficult to spend my evenings and weekends making music by continuing to look at a screen. However, just before lockdown here in the UK, my productions were improving, and then when lockdown hit it really gave me that extra push. I think this pandemic is a blessing in disguise for the scene as a lot of young budding producers will have spent more time learning and producing than ever before, and I bet when you’re interviewing the big names in 5/10 years time, they will say the pandemic was a big chapter for them and their careers.

Tell us more about your creative process. How do you normally approach making a track?

So as I mentioned before, I’m a very technical orientated person. I have no musical background other than a year of guitar lessons when I was 7 years old (Which never stuck btw). I can navigate myself around Ableton very well and I understand how everything works, but when it comes to the music it originally was very much trial and error. This isn’t so much the case now as the first thing I did in lockdown was a music theory course where I picked up the proper fundamentals which definitely helped with smoothing out my decision making and workflow.

My approach is dependent on a variety of things, such as what music I am feeling that day. It could be melodic techno, breaks, maybe some more organic sounds like Bonobo, and whatever the vibe is in my head will ultimately influence my process. But if I was to break it down, I think it’s very important to create your atmosphere for the track first. I will lay down my kick, clap, and hats as a base, and then go straight to background textures and percussion. Once you have that down, I think you can have a good feel for what sort of track is in the works. If you listen to my track Jungle Maze, you will hear the forest ambience and the tribal percussion at the very start which ultimately set the tone for that track straight away and then the rest came quite naturally.

It is also so important to me to be patient. I can get very excited about a track early on, and when I come back to it I realise it doesn’t sound as good as what I first thought. I take a lot of breaks, and sometimes even a week or two before I come back to a track to hear it with fresh ears.

What are some of your go-to equipment when producing? Whether that’s hardware, software, plug-ins, etc.

I still very much produce solely in the box. I used to worry about having the best plug-ins to be able to be the best producer and that simply isn’t true. Ableton provides some excellent tools to create music and I feel it can definitely be overlooked. All three tracks on my new EP used Ableton’s Analogue for the lead, and I use Operator a lot of the time as well for my bass. The only plugins I have purchased to date are FabFilter Pro Q and Diva. Other than that, I don’t see the need to overload on plug-ins. So much is provided within Ableton, that I don’t feel at all limited with what I can do just yet. When that day comes, I will start looking at the more fancy stuff. But for now I enjoy a more minimalist approach to my productions. Boring, I know!

What has been some of your favourite music to listen to during lockdown? Are there any particular tracks you’ve fallen in love with recently?

I ended up re-watching all 5 seasons of People Just Do Nothing over lockdown, which got me listening to a whole lot of UKG and Jungle, and I landed in a Bandcamp rabbit hole for hours. But I’ve also relied heavily on the more synth heavy sounds of dance with artists such as Big Miz, Hammer, Brassica etc to keep me motivated through the day when working from home. But one track in particular for me would be “SFire 1” by Sfire. I bought the vinyl a while back and recently re-discovered it when I was going through my collection. It’s perfect to listen to if you need to take a break for 10 minutes (Literally).

Away from electronic music, I’ve been listening to a lot of Jorja Smith, Sampha & Bon Iver recently too!

You’ve just released Steve Lawler’s iVAV Recordings. Tell us more about that… how did you hook up with him and the label?

So I sent Jungle Maze to a few labels a while back and heard nothing and it just kind of sat there for a while. I then decided I was going to start putting snippets of my music on my socials and I got a bit of a reaction from my close circles of friends and a few retweets here and there. A friend of a friend then saw it who has a connection with Steve and he sent it directly to him. Next thing I know I got a message the next day saying he wanted to sign it, and if I had any other tracks to go with it. I had one, which was “Liaison”, that Steve also took a liking to and he asked if I could come up with a more techno influenced track to compliment them both, and that’s when I produced Coastline!

What’s next for Fordian? Are there any forthcoming releases or projects you’d like to shout about?

I have a folder of unreleased tracks, but nothing has been sent to anyone. My first release was very unexpected and happened very fast, which I am extremely grateful for. However I do consider myself a perfectionist, and I really want everything that comes next to be bigger, better, and bolder. I am a strong believer in quality over quantity , so i’m going to be patient with what I bring next!

Fordian ‘Jungle Maze’ is out now on iVAV Recordings.