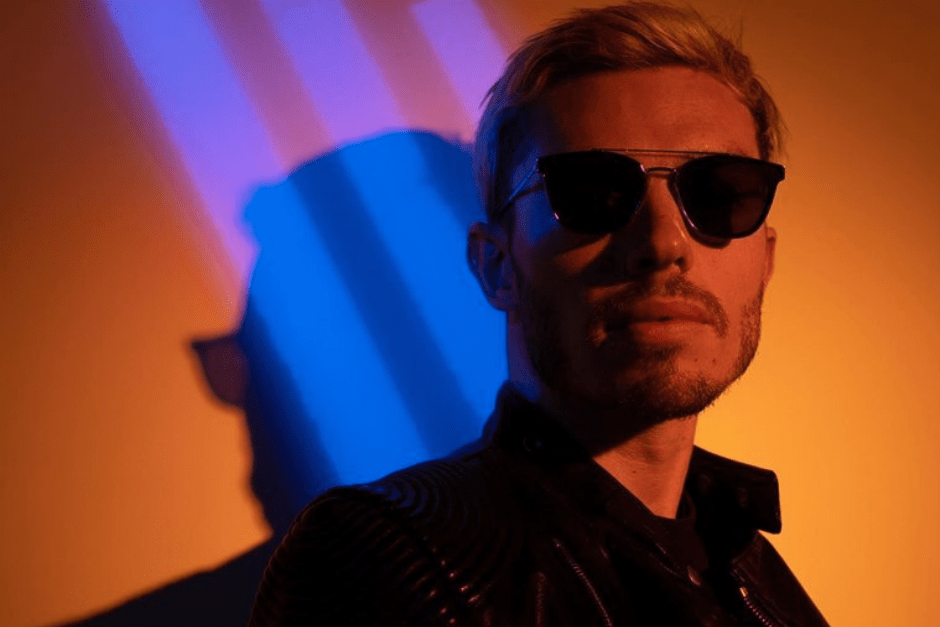 How are you, has lockdown affected you? Have you learnt new skills, or take the time to relax?
I’m fine thank you! Well, l I used this period to focus  on the production side. I’m pretty happy about what will come out of this. I also enjoyed this spare time to question myself, try new things, and collaborate with musicians. It’s definitely not been wasted time!

How hard has it been to come up with much without connecting with crowds during DJ sets and going dancing?
Yeah without any doubt, it was the hardest thing, To suddenly find yourself out of the loop. Even for inspiration. When you DJ and play some tracks, you save ideas for later in the studio. Even when you just visit your mates who are playing, it gives you another eye on what and how you could produce. But being alone with yourself is always beneficial.

Would you ever consider moving abroad to follow your music passion?
I think I would move to London if it was an obligation to move but it’s not essential for me for now.

How do you approach making music? Can you tell us a bit about your production setup?
I always say that my best piece of production is my brain. When I was younger I always wanted to have all these hardware synths and I sold them a year after. Less is more: I just use a laptop with ableton live and the arturia suite. Maschine is a plus and I also have 2 genelec speakers and a midi keyboard form Native Instruments. Most of the time I run a kick track in my daw and start playing with a main idea: drums or synths. There are no rules but in 100% of cases I never end up with what I expected!

Can you tell us a bit about the first time you experienced house music? Was it always something you wanted to get involved in?
It was in my early days as a student. My dad was always interested in electronic music, and one day he gave me a listen of “Crispy Bacon” track from Laurent Garnier, released in 1997. Then in the 2000’s, Daft Punk released their 2nd album with of course this track “One More Time” that literally brought me to the electronic music world and of course in 2005 the french house with Superfunk, Modjo, Stardust and Bob Sinclar…

With your own sounds, what do you do to make them stick out a bit from the average?
I want to produce music. Back in the days i was into tech house and i loved the groove of this music but i felt my music was disposable and could not last in time.There was no emotions, no messages and in 2017 i had an introspection of where i wanted to go and how i wanted my music to last in time. I decided to switch the style and I became more melodic, with a subtle touch of afro. But still in my discography I want to be eclectic. I want to play a Dorian Craft track for every part of the night, from warm up to closing.

Your latest track is out via Do Not Sit. Can you tell us a bit about this one?
The ep was produced between november and april. Monaya was sent as its own to Behrouz, after i’ve edited it several times. It was more afro in the early days and it was a bit messy to my hears so i switched to an indie/dance beat by keeping the main lead melody. Divination was produced during the lockdown and is more afro/melodic.

Where does this release stand against your other work? Is it one you’re very proud of?
Everything is normal actually and it’s even more true with the music business. Tracks sales keep diving, and djs don’t play music anymore which means they can’t show the world some new music… so it’s gonna be tricky to see if the release stands against my other ones, but anyways i’m proud of it. Releasing on Do Not Sit is still something and a guarantee of quality!

You release on a wide range of labels – do you make stuff tailored to each one when you get signed or do you just make the music you want and see who takes it?
I think I’m more on the second option. For example, for my last release on Saved, I didn’t expect Nic Fanciulli to be interested in my track “Sei Koya”. But he asked me to send him my unsigned stuff, which I did! And he took it so,  there really are no rules ! And the same situation is actually happening to me now with another top artist… but for now it’s secret…!

What else have you got coming up/are you looking forward to?
During this lockdown I worked a lot and I could sign all the stuff I produced. So I have releases coming on Monaberry, Saved, Radiant, Stride, Madorasindahouse and connected are in the pipeline, plus a very special project I’m working on! So in spite of all, it’s still very excited times for me!

Dorian Craft’s Monaya EP is out 04/09 via Do Not Sit. Keep up with Dorian on Facebook and Instagram. Buy/listen to the release on Beatport here.