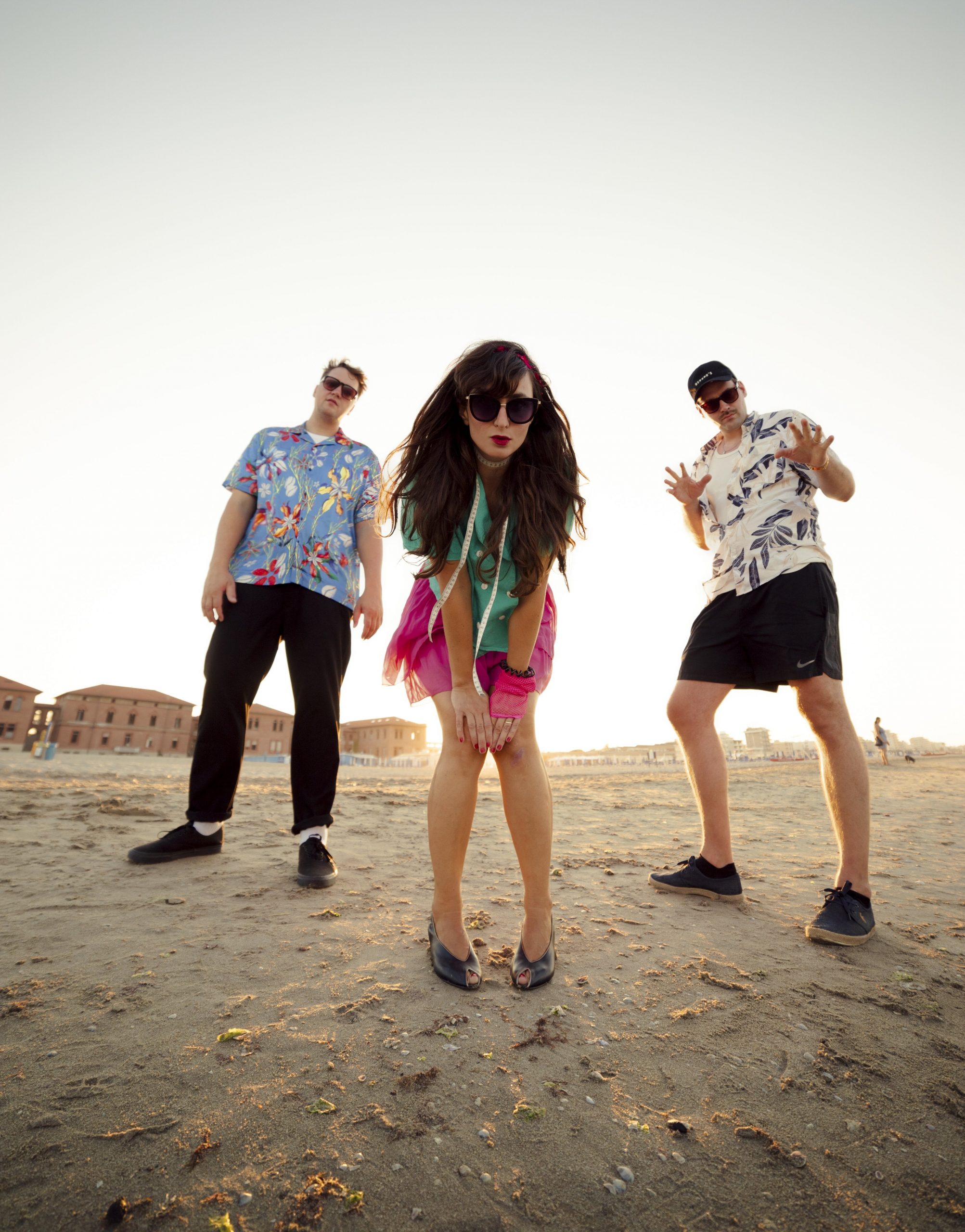 Berlin powerhouse trio Dina Summer continue to break conventions and launch us into a new era of dark disco with their highly-anticipated ‘Rimini’ LP. We caught up with them to discuss the album and what the future holds for the collective.

Hi all, welcome to Music is 4 Lovers. Where are you currently based, and what have you been up to?

Local Suicide: Hey! Thank you for having us. We are based in Berlin but have been on the road the past months playing gigs throughout Europe to support the release of our debut Local Suicide album, ‘Eros Anikate’, via our Iptamenos Discos label. It has been a lot of fun, but we’re exhausted from juggling the touring, the work around the album release and our day jobs.

Kalipo: I am also in Berlin, and because of the whole Corona situation, I had a lot of time to produce new music for Dina Summer, Kalipo, Frittenbude and other artists. There is a lot to come in the near future! There have also been more festivals and shows recently, and it is nice to be back on the road.

Dina Summer is a collaborative project between yourselves Max and Dina, who run Local Suicide, and producer Kalipo – how did this exciting new alias come about?

Local Suicide: We have been friends with Jakob since 2012. Max met him at the Rock Am Ring Festival, and Dina met him at Sonne Mond Sterne, where his band Frittenbude was playing. At the time, we were already close friends with his ex-bandmate Martin but connected with Jakob through the festivals.

However, it wasn’t until 2019 that we started making music together. We were all playing at the Rocken am Brocken festival when Jakob asked Dina to record some vocals for the new, harder tracks he had been working on, which deviated from his usual Kalipo sound. We went to his studio and quickly realised that we clicked, deciding to produce music together. Within a short period of time, we had an album’s worth of material, but the pandemic hit, and we had to postpone everything. We are very excited to finally have the opportunity to share our music with the world and play it live.

Can you tell us a little more about Kalipo?

Kalipo: I started making music as Kalipo in 2011. Initially, it was to balance with my other band project, ‘Frittenbude’, with whom I had been touring for several years and had a pretty wild time. I felt I needed another format to release the different music I was producing on my own. Over the years, the project has developed, and I have recently released my fifth album as Kalipo, with the last two released on Christian Löffler’s Ki Records. It is an entirely different world, but I find this exciting and enjoy being able to make different music and jump between these worlds. Now a new one is opening up with Dina Summer and I’m excited to see where we can take it!

What were the inspirations behind the alternative disco album ‘Rimini’ you’re releasing under this moniker?

The album was heavily inspired by the new wave and Italo disco sound of the early 80s and electro-clash from the late 90s and early 2000s. We all love different genres of music and try to avoid getting tied to a single one, instead exploring new paths and ideas to marry our passion for retro sounds with our love for modern techniques and production.

What is the process behind writing your lyrics? Does the LP tell a particular story?

Dina: Each track tells a different story. I tend to write the lyrics on the spot, inspired by the sound of the track, but I also have specific topics that excite me and show up in the lyrics, including sci-fi, astronomy, the desert and dynamic, powerful women. I am usually the one to write the lyrics, but sometimes the idea comes from either Max or Jakob, and we develop it together.

The vocals for Dominator were written at the studio when making the track. One of the presets we used was called Dominator. I absolutely loved the idea and wrote about a girl dominating, taking all the decisions and being badass. Mars is about the future when space travel will be common, and we’ll be able to have holidays on other stars. Uranos is about the love of flying high, both literally and metaphorically. Revenge was Jakob’s idea. He wanted to incorporate time travel and crime, so we created the character of a butcher lady who comes from the future to take revenge. Zig Zag is a fun track using many idioms and phrases that sound funny in English, German and Greek. Mirage is my homage to a place I am madly obsessed with, the Sahara desert! For Wunderbar, Jakob asked me to write something in an electro-clash style, so the excessive, ‘all lights on me’ character was born. Amore is a hymn for eternal love and mixes Spanish, Italian, French and Greek lyrics! Crocodile is about fake people and crocodile tears. Finally, the title track, Rimini, was created after Max read the story about a local Rimini legend ‘La Zanza’ Mauricio and was fascinated by it.

The album sounds timeless yet really refreshing. What do you think makes your take on the genres present in the LP so innovative?

All three of us love retro sounds. We love digging for forgotten gems and spend a lot of our free time listening to older music, especially from the 80s. At the same time, however, we live in 2022 and like to take advantage of modern technology to mirror the spirit of our time in our music.

Local Suicide is a project you run together. What is it like working so closely with your spouse?

Local Suicide: It can be challenging at times. There are always small quarrels when things go wrong behind the decks, while making music or touring, but we have been together for almost 15 years and have been through thick and thin. Over time we found our balance and developed our own way of dealing with small fights. We might disagree but feel that it’s healthy for our relationship to just express ourselves on the spot. This can get intense as we are very direct, but it is usually quickly forgotten, and we move forward.

Dina, you were one of the first female DJs in Thessaloniki before moving to Berlin. What was this like? Has the scene there made progress since?

Dina: I must admit, the most challenging part of my DJ career was to start playing in Thessaloniki. I was a young girl, so many places I asked for gigs didn’t give me a chance. I often got weird looks, and the owners were like, “you’re a DJ?! We’re looking for bar staff and waitresses if you like…”. I insisted and finally found Ekkentron, a bar that offered me a weekly residency. I was bold in my DJ sets and mixed entirely different genres, which was considered a no-go at the time. I mixed Pink Floyd with Bauhaus, Blur with Miss Kittin and beyond, from old 50s tracks to the most recent releases that were unknown to everyone but my geek music friends and me. While the old-school guests hated it, the majority of the crowd loved it, and word travelled fast about the young female DJ who was mixing a bit of everything. Within the year that followed, I got offered a residency at one of the most legendary dance bars in the city, Lucky Luke. It became my second home. I played there twice per week, made many new friends and had some epic moments. After that, opportunities started showing up all over the city as people began to know me. If they didn’t, I only needed to drop Lucky Luke, and all doors were open. Before moving to Berlin, I played 5 to 6 nights per week!

Since then, there has been huge progress in Thessaloniki. I was thrilled to see that some of my friends were inspired and started DJing as well! Nowadays, when I go back, I see many more female DJs, so times are definitely changing for the better!

Thanks for chatting with us! Can you give us a sneak peek at what’s next for Dina Summer, Local Suicide and Kalipo?

Local Suicide: We are releasing the debut album for our Dina Summer project on July 15th via Audiolith! The second single, ‘Revenge’, will be dropping very soon along with two club versions for different moods. We also have a couple live shows planned in Berlin, Munich, Cologne and at the Klangtherapie Festival, with a few more to be confirmed!

For Local Suicide, we will gradually release the remixes of our ‘Eros Anikate’ album throughout the summer. We had some of our favourite artists remix the tracks, and the result is stunning! We can’t wait to share them with you all. We will also tour for a bit during the summer, but are taking some much-needed time off by the beach in Greece. We will travel for the first time to Kefalonia to play in the Saristra Festival, explore the island, and then spend a few weeks working remotely from our summer flat in Chalkidiki. The autumn is already starting to fill up with gigs, so we need to recharge and enjoy the summer before returning to the madness!

Kalipo: I’m looking forward to playing the Dina Summer shows! It’s always exciting to start a new project, and I have a feeling it will get pretty wild! I’m a bit in awe, especially before the first show here in Berlin!

Of course, I am still on the road with the other projects as well. Right now, I’m playing as Kalipo at the Fusion and Feel Festival and Dockville in Hamburg. With Frittenbude, we still have the Highfield Festival coming up and the small, About Love Fest at About Blank Berlin in August. That will certainly be a very special event! And in autumn, I will start to focus again on new productions. It’s about time that one or the other story is continued!

Dina Summer ‘Rimini (LP)’ is out on 15th July on Audiolith International. 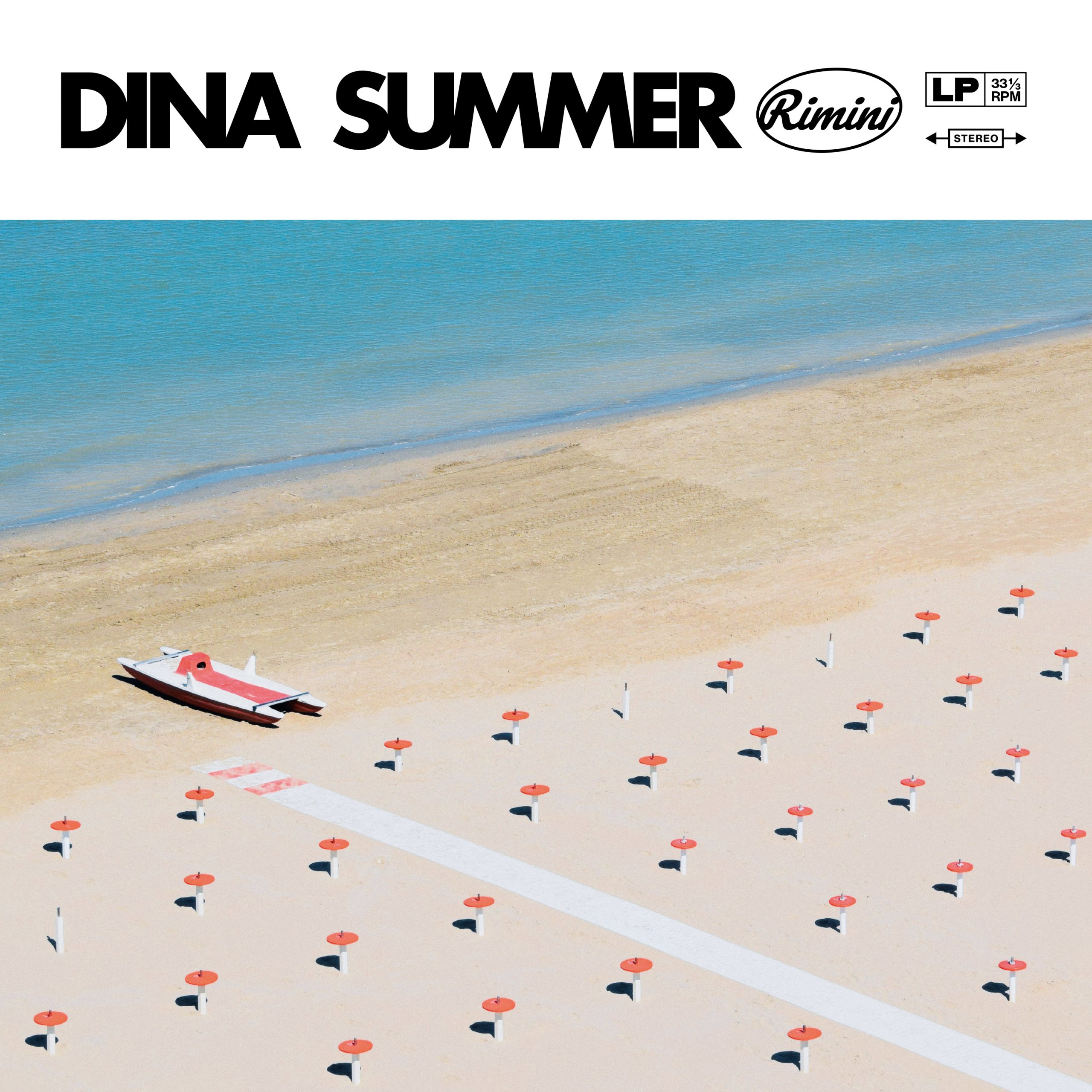