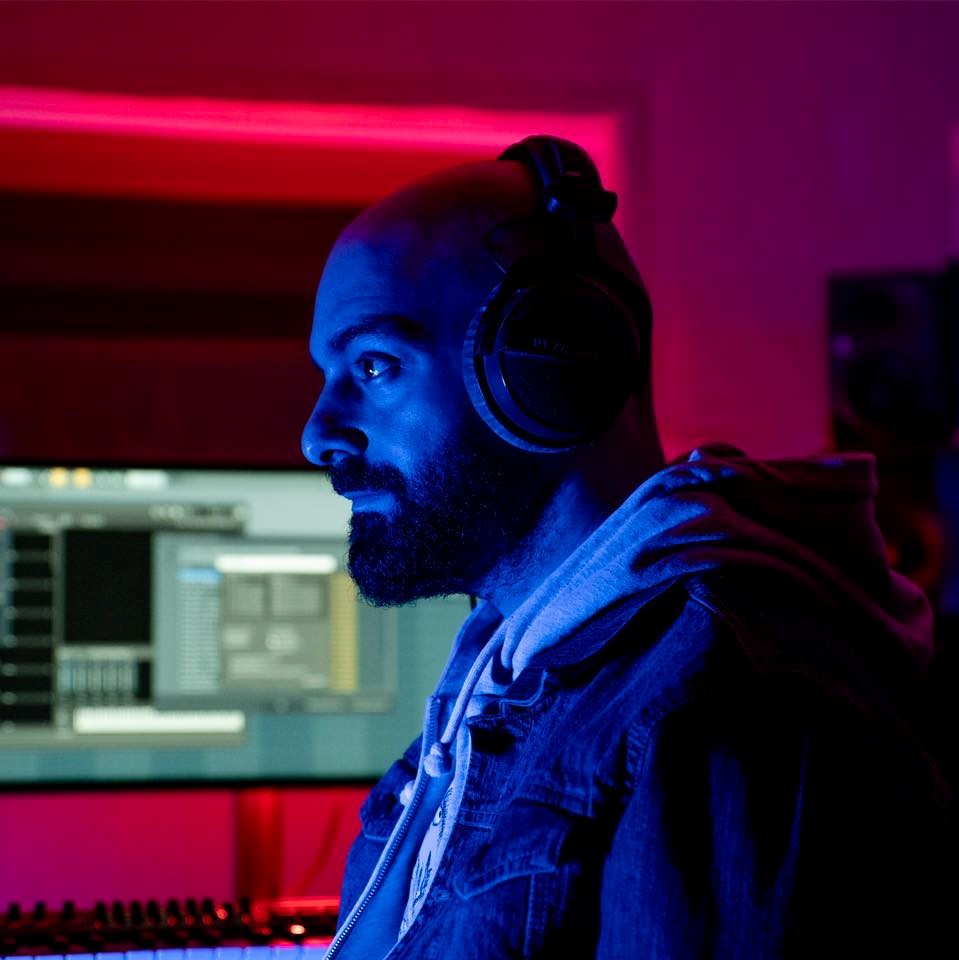 Welcome! How are you, what’s good and bad in your world?

Hey guys, thanks for having me..
All is bright, and onto a good start for 2022

Can you tell us a bit about the scene currently in the Middle East? Is it a vibrant one?

The current scene in the Middle East, and specially with the launch of the scene disruptor, MDL Beast, have grown tremendously and opportunities are multiplying by every passing week.
Just last night I was visiting a DJ Shop here in Riyadh, Saudi Arabia (can’t believe I’m actually saying this, it used to be wishful-thinking and day-dreams just to think about it) and the owner was telling me that in less than a year they decided to move shop to a new, bigger location as their business model grew by the just sheer-volume of opportunities that XP (MDL Beast’s Music Conference / first if its kind and nature in the region) in which they participated, followed by the foremost MDL Beast SoundStorm which inspired a whole new wave of music enthusiast to get onboard on every range of the spectrum.

What does it need to improve and grow?

I think both of the record breaking freshman (2019) and the sophomore’s (2021) efforts
went above & beyond any wild expectation.
This comes from a person who’s been a global raver since 2009 traveling all corners of the world to explore and live the electronic dance music culture; including Ultra Music Festival in Miami, Neverland in Manilla, Trance Around The World in Beirut, Group Therapy with Above & Beyond in Bangalore and Amsterdam … to name but a few, I was still astonished by the experience in both of the 2021 XP and SoundStorm by MDL Beast as if I was being reintroduced to the Electronic Music culture and experience all over again.
So I guess it’s not about improving, rather than “Ok.. now that we achieve this insane milestone, how can we take it to the next level”.
I personally would like to see more sub-genres introduced and nurtured, such as Trance, Breaks, Drum n Bass, Dubstep, IDM, … among others.

How important is mdlbeast to that, the label and the festival?

MDL Beast became, for the whole region not just for Saudi Arabia, the incubator, connector and enabler within the industry and scene.
Wither its the events, conferences, labels, or artist management.  They are the connecting hub bringing all the pieces together to help create, maintain, govern, develop and further grow the Music Industry in the Middle East.

And what inspired your new Elephant Rock EP – what was in mind when you wrote it?

The Elephant Rock EP took around a year and a half to write.
It started with Elephant Rock as a single, and then the label liked it so much and came up with the suggestion of  having a 5-track EP with them rather than a single release.
So every track was written in a different time, location (Riyadh, Moscow, Marrakech and Cairo) and was inspired by a different thought.
In short:

“BluePaper’s music is inspired by the captivating landscapes and diverse culture of the Arabian Peninsula” can you explain this line from the PR?

I’ve always been a fan of electronic music, and often thought that the Arabian musical elements would go well in an electronic music structure.
Let alone raise awareness on the beautiful and diverse habits and cultures of Arabia, which is always deemed to be fascinating; specially to the Western Society, who are curious to discover and know more about.
So I’ve wanted to experiment and use my sounds as a tool to achieve this.

How do you work, do you have an idea in your head you work towards or do you just experiment and jam and see what happens?

Generally, my music is theme driven/topic based in one form or another.  At least as a starting point, I have an idea or a theme to inspire the workflow. Anything else comes after.
So I can have the idea that drives the melody, energy, tempo, style of the track … etc.
yet have enough room afterwards to experiment with automation, FX, atmospheres/textures … etc.
So I mix both, but the latter is driven by the earlier.

Do you think of where a tune might be played, to who, when making it?

When I first started to make music back in 2020 it was during lockdown, so there was only one outlet for the music to be played, which was mainly the DSPs; nowhere else.
But now that life thankfully is getting back to somewhat normal, yeah I do keep in mind what environment and crowd this song will cater for, so I started to write more energetic tracks as much as I write ethereal tracks nowadays.

Do you make the tunes you want to play in your own sets, is there a direct link like that?

Yeah, I do.. I even make my own private edits of my original tracks, as well as tracks that I love; to give them a new life, set them off into a new dimension and make them fitting for my sets.
I’m pretty conscious of setting the right soundtrack for the right venue to the right crowd.
That’s why everyone was surprised when I played at the XP Warehouse Gig, everyone was expecting a low energy set.  Oh boy, were they wrong!

What is next for you after this EP?

As my lovely MDL Beast family would always say:
Next, is more..

So working on a few new BluePaper originals, bootlegs and private edits, as well as preparing for the Elephant Rock Remixes EP; which is set for release this summer!