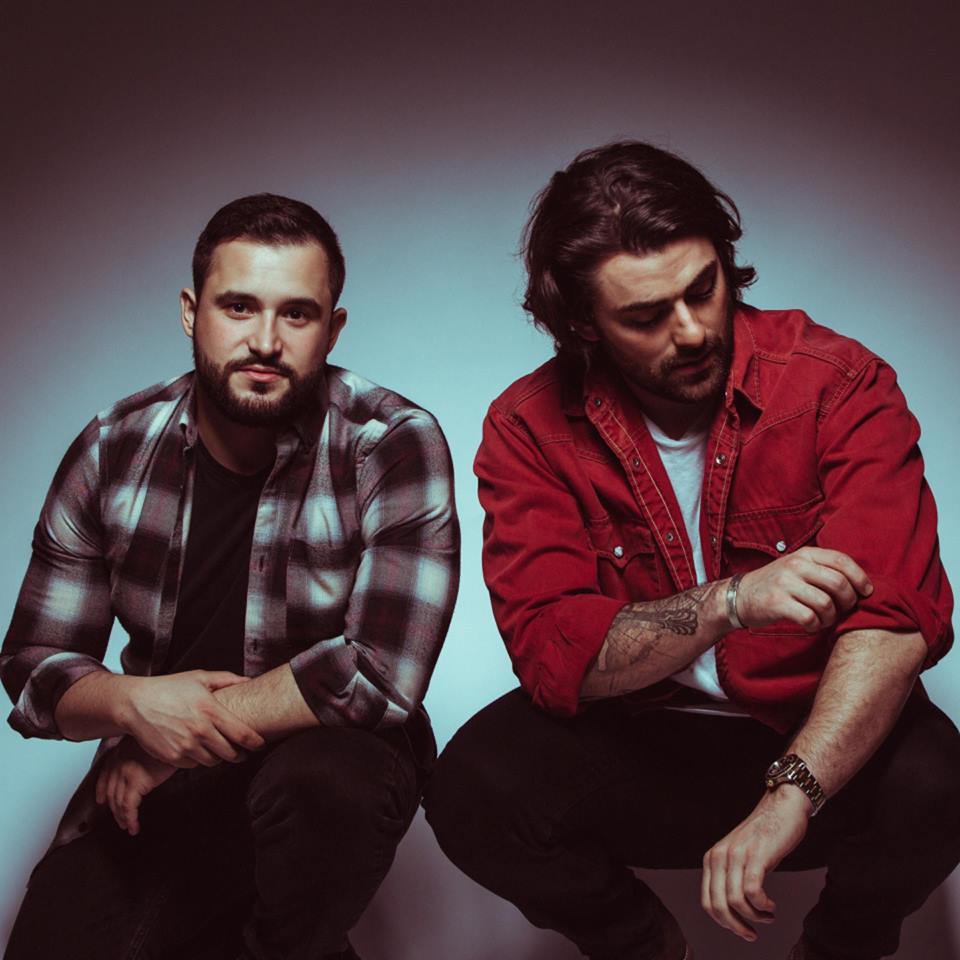 We sat down with Yorkshire duo Black & Watky to talk about their recent releases on New Violence Records and Moan Recordings among other things, see how it went below.

How has summer been for you, what’s been good and bad?

KHYLE: Ermm it couldn’t be going any better right now. It’s been mint so far for us with a lot of our releases all falling into place and dropping over the last month or so as well as getting gigs all over the UK: from Forbidden Forest to gigs in Birmingham, Manchester and this month Leeds for the Mint Festival Warm Up with Loco Dice.

It’s been mad so far and we still have another 2 releases coming up over August and September on Twisted Fusion & 303Lovers which we are really looking forward to.

Does the weather affect the music you make? Do you play differently when it’s hot too?

KHYLE: Well, we actually have a track coming out on Under No Illusion in October called ’Terrace Pump’ that was literally made only back in May when we first started to get this good weather.

So I’d say to a certain extent producing wise yes, although over the last few months we have been finding our own style which has developed into more of a hip-hop infused kind of Desolat/Cuff vibe. I’d say DJing wise 100% the weather and heat do change how you play.

There is no better feeling in the boiling hot sun than dropping some lovely terrace groovers with funky vocals. It just gives everyone a feel-good atmosphere at any gig.

What is your aim in the booth as a DJ? To educate, edify or amaze?

KHYLE: Good question!! At this stage where we are right now personally, I’d say we are wanting people who don’t know us to be like ‘Wow who are these guys?!’ as well as bringing something different to the table show wise.

Something a bit different to your average DJ. Recently we have been playing at a few of our recent gigs a kind of ‘vs’ set up using an Allen & Heath mixer, DJM mixer, 2 Technics, 2 CDJ 2000 Nexus, RMX 1000, Boss FV-50 Foot pedal, A Boss RV-6, Boss DD-7, Traktor Kontrol X1 and a Redsound Soundbite Loop Machine all through Traktor Vinyl & CDJ Timecode.

Literally a bit like some of the legendary sets you see at Gashouder with Carl Cox & Joseph Capriati back to back, of course this set up isn’t ideal for a lot of clubs Haha so wherever we can we try and bring our equipment just to give our audience something different and to see what Black & Watky are all about.

Last month you unveiled the ‘People’ EP on New Violence Records. Two boisterous rollers in their own right. What kind of reaction have the tracks been garnering?

KHYLE: To be honest full release really shocked us as this is our first ever EP release so wasn’t really knowing what to expect. We wanted it to do well but how it charted was really just mental.

We managed to gain the Number 2 slot in both the Minimal & Deep House charts as well getting to number 6 in the Tech House chart where we were sat chilling with the likes of Hot Creations releases, Camelphat, Pirate Copy & Green Velvet.

We really cannot thank enough everybody who has supported the release and bought a copy! just hope this emulates onto future releases.

Kreature’s remix of ‘People’ invites more melodious and ambient tones to the original where as Kinnerman gives a techier and bouncier life to ‘Take Control’. The variance of sounds in an EP can be few and far between, did you expect this when reaching out to the guys?

KHYLE: It’s funny you should ask that…

We speak quite a lot with Kreature as we’ve played a few gigs together previously in the past. He actually sent us a video clip of the remix that he had almost finished back in March and it wasn’t anything like the rendition that’s released on the album.

The original remix was a full on tech house slammer which was a very Latmun sounding track. Anyways, he messaged us a week later saying he had corrupted his hard drive and lost all of the project, so we had to send him all of the parts again and that’s where he came up with this mint melodic remix.

You could probably call it a blessing in disguise Haha. Kinnerman has just been killing everything he’s been doing at the minute production-wise, we knew soon as we approached him on the remix that he would come up with something sick, all in all, both artists made this such a strong EP along with our originals.

Your track, ‘Dark Warnings’ has recently become available on Moan Recordings as part of their State of Flow Vol.2 VA. It’s in line with previous music you’ve released on the label; showcasing dark and raw vibes from the off. What inspired the track, particularly the samples used?

TOM: It’s been an absolute honor to have our third release on Moan Recordings. Dom & Alex have been a fan of our tunes since we first sent them our debut track ‘Undertone’ this time last year and are always asking for more which is good. It really gave us the opportunity to showcase some dark vibes as you say.

You could say all the Moan tracks are inspired by being huge fans of Sidney Charles & Santé who can offer that diversity with productions.

The track utilizes a Roland TR-8 for the drums. I’m a big fan of Wave products so plugins that are constant with the Moan Tracks are the CLA-2A & 3A compressors. The bassline is simply a preset on Subboombass with a few minor tweaks with a Renaissance Compressor to give it more body.

What have been the most important lessons you have learned in your career?

TOM: From a production perspective, I think the key is not to run before you can walk. I made that mistake. You really have to spend time writing ‘bad music’ to eventually build up to a good standard before sending tracks to labels to be signed.

I emulated other songs from artists I look up to and that helped me develop my own style. The industry is vast with Artists willing to listen to your work so gather as much feedback as possible before submitting your final piece. Really dedicate time to training yourself and learning your DAW.

Lifes a marathon, not a sprint as the saying goes. Mixing down your music is in a whole different league, so making sure you understand the process involved will only do you good.

Some other great advice I received was from one of my friends Lee Barker. When I felt DJing/Producing wasn’t taking off like I had hoped, his advice stuck with me and I still use it today: He mentioned how as an Artist/DJ you are simply a brand like a High-street Shop. In todays, modern world Promotion & Public Awareness are pivotal to take yourself to the next level. So making sure we always have plenty of promotional material so fans can interact and follow us on this amazing journey is vital! Whether that’s recordings live streams of sets, taking plenty of videos or taking buses of people to gigs with us, we want our supporters, old and new, to be able to integrate as much as possible.

Any key bits of gear in the studio that define your sound? Any favorite toys?

TOM: The studio itself is pretty simple. The DAW of choice is Ableton (still using version 9) a Novation Impulse 61 keyboard, a Maschine Studio MK2, A Roland TR-8 and a Roland TB-3. But, to be honest, the same quality of productions can be made on the laptop, it’s just simply quicker workflow using the hardware.

I dread to think the amount of money that’s been spent on Plug-Ins but the 3 that are a constant in our music are Omnisphere, Sylenth & NI Massive

What else have you got coming up? What are you working on?

TOM: Our brand ILLICIT Music is really starting to take off with parties in Hull, Leeds, Manchester & London in the works. Our ILLICIT Radio show starts on Data Transmission in September and we are looking to kickstart our Label ILLICIT Music in October.

Our PRISM Residency with the MiNT guys starts in September alongside fellow resident and Leeds legend Tobias. Stephen ‘Burno’ Burns is, as always, going to smash the Leeds scene to bits with his lineups so that’s very exciting!

Musically it’s looking promising with releases on Twisted Fusion, 303 Lovers & Under No Illusion penned. We are working closely with Leftwing & Kody for an EP on Lost as well as working with the guys down at Repopulate Mars so hopefully, we can get all these across the line before the end of the year.

What is your idea of a perfect Sunday after a gig? More partying or taking it easy?

TOM: Making sure Khyle doesn’t get too carried away at the afters