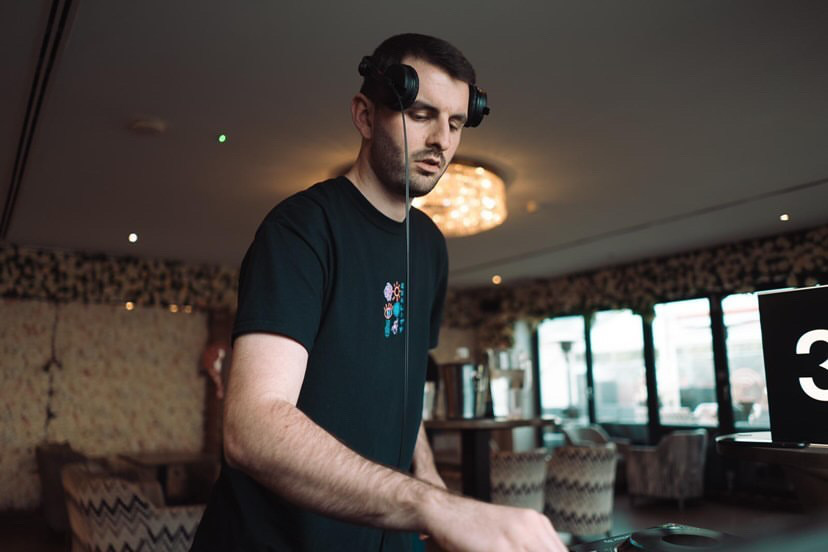 While most of the music industry was at a standstill, UK based, Ben Walsh was busy launching his solo career. With his first release reaching the number 1 spot on Beatport, he’s quickly becoming a recognised name in the UK scene. We caught up with him to chat about his latest release on Solardo’s Sola and everything music.

Hi Ben, thanks for taking the time to speak with us. We’ve been following you for some time and it’s been great to see how much you’ve grown as an artist over the last few years. What’s the motivation that keeps you driving forward?

The motivation that keeps driving me forward is the aim and desire to make it to the top, as is everyone’s aim I suppose.  When you start seeing big releases being locked in and big names supporting your music, this kind of stuff really motivates me to go one step further in this game. I know where I want to be, so working hard to get there is all the motivation I need.

It’s hard to put a finger on which aspect I prefer because they both have many benefits. I get the same thrill playing to a fully packed venue, as I do when I’ve finished a track that I think sounds big and the feedback backs it up. I’ll never get bored of having the opportunities to please a crowd but at the same time, there’s no feeling like it when a track you’ve made in a tiny box room gets played out to thousands of people by your favourite DJ’s!

Tell us a little bit about the journey over the last few years or so? How have you grown and what were the biggest turning points that pushed your career forward?

I originally started off as a duo back in 2018 with a mate of mine back in my hometown, but after a year or so together we decided we wanted different things and I went solo. Since then i’ve had one aim and one aim only which was to absolutely go for this career. I have only been a solo artist for just over 2 years now and already supported names like Jamie Jones, Darius Syrossian, Latmun, Alan Fitzpatrick, Denis Sulta, George Smeddles and many more! Release wise, I only had my first release in March 2020 and it went to no.1 in the beatport tech house releases chart. This was definitely one of the turning points for me. Since then, each release has become stronger and stronger and I have achieved two more beatport tech house release no.1’s.

The next turning point was probably the single release on Libero’s summer VA. For the style of music I regularly produce (rolling percussion led tech house), there isn’t much bigger than Libero for this. As soon as that was announced, it was definitely a step in the right direction.

I think the next turning points would be securing releases on the likes of Sola, Under No Illusion and NoZzo. The recent Sola release in particular has really stood out in terms of the support the release has had but also the recognition I’ve received already. The single release on Under No Illusio’s Spring VA and my EP release on NoZzo really kick started where I wanted to be in the next year or two.

Finally, securing my residency with Muzik events in Sheffield has been pretty big for me, when people see that your supporting names like Jamie Jones, Alan Fitzpatrick, Denis Sulta, Mele, Skream etc, people start to see you’re not messing about. This has tied in nicely with the releases mentioned above and covid restrictions have been lifted here in the UK.

Your latest release just dropped on Sola, what made you choose this label?

As soon as I finished the track, for me there was only one aim and that was Sola. Not only was this on my whiteboard as an aim within the first 3 years of producing, but the different elements in the track just felt like it had to be Sola. The rolling tech house vibe it has along with the synth and the quality vocal from Leah Rose, everything just fitted into the sola vibe.

You have Eldon on remix duties, did you have any say over who did the remix and what are your thoughts on the end result?

I sent this to eldon before sending it anywhere or to anyone else and he loved it so he asked to remix it. With me and eldon being good mates prior to this and the wicked producer he is, it was a no brainer to let him get on this release. He smashed out this driving remix and I’m really happy with the end product. To share this release with two good mates Eldon and Leah, has been a pleasure.

You’ve had some awesome gigs playing with some big names, what’s been your favourite moment of your career so far?

I think so far it has to be warming up the main room at Code in Sheffield for Jamie Jones at Muzik. Opportunities like that don’t normally come round so early into a career, so I’m extremely thankful to the guys at Muzik. The JJ night last week will live with me forever.

The scene has been going through a really difficult stage in its life cycle at present. What are you doing to stay mentally upbeat and positive in your day to day?

I’m generally a really positive person anyway so it takes a lot for me to struggle with my mental state or anything but I suppose it goes back to my focus of doing all this. I know where I want to be and I use that to keep me upbeat and focused. If I do have bad days then my manager, Dan at East Harbour management, is very good at reminding me that writer’s block or having non-music days are completely normal. In terms of production, I like to try and learn new things on each track, so whatever I learn I get excited to try in the next one and so on. In terms of DJ’ing, I love hearing new music whether it’s released or unreleased, finding hidden gems for my sets/mixes is something I thrill off so this keeps me upbeat and positive as well.

I don’t know anything outside of music to be honest haha if i’m not playing then i’m usually in the rave instead… obviously there’s spending time with family etc but all my mates love being in the dance too so yeah normally out and about somewhere.

I think I’d have to say Swedish House Mafia. My listening to music journey started properly by listening to SHM and other EDM DJ’s in the mid teen days. I was a huge fan of SHM, Hardwell, Martin Garrix, Avicii etc up until I was about 20 then I got into the likes of Patrick Topping and Richy Ahmed and it all started to change from there. I’ve got to be honest, I do revisit the old SHM days now and again but yeah I just think their older productions are quality and timeless so yeah it would have to be them.

Put the hours in. Social media lets people think we can achieve this dream overnight, but from what I’ve seen, you have to push yourself further to try and stand out and trust your process. Networking is also huge, getting down to events and showing interest in the events you’re playing for rather than just turning up, playing then leaving straight away.

After a busy release schedule in 2021 from January to the sola release recently, I’m easing off the releases to then hit 2022 with some serious lined up early.  To finish the rest of this year I have a single release on a Deeperfect VA and an EP release on Street Tracks. I’m hoping to get 1 or 2 more locked in but I’m in no rush to do so, it has to be right. I have a few things lying around which I’m hoping will pull through for this year but gigs-wise the bookings are really starting to come in now with set’s lined up in the likes of Liverpool, Manchester, Blackburn, Sheffield, Nottingham and many more to be announced.

You can check out Ben Walsh – Freedom by clicking the link below!