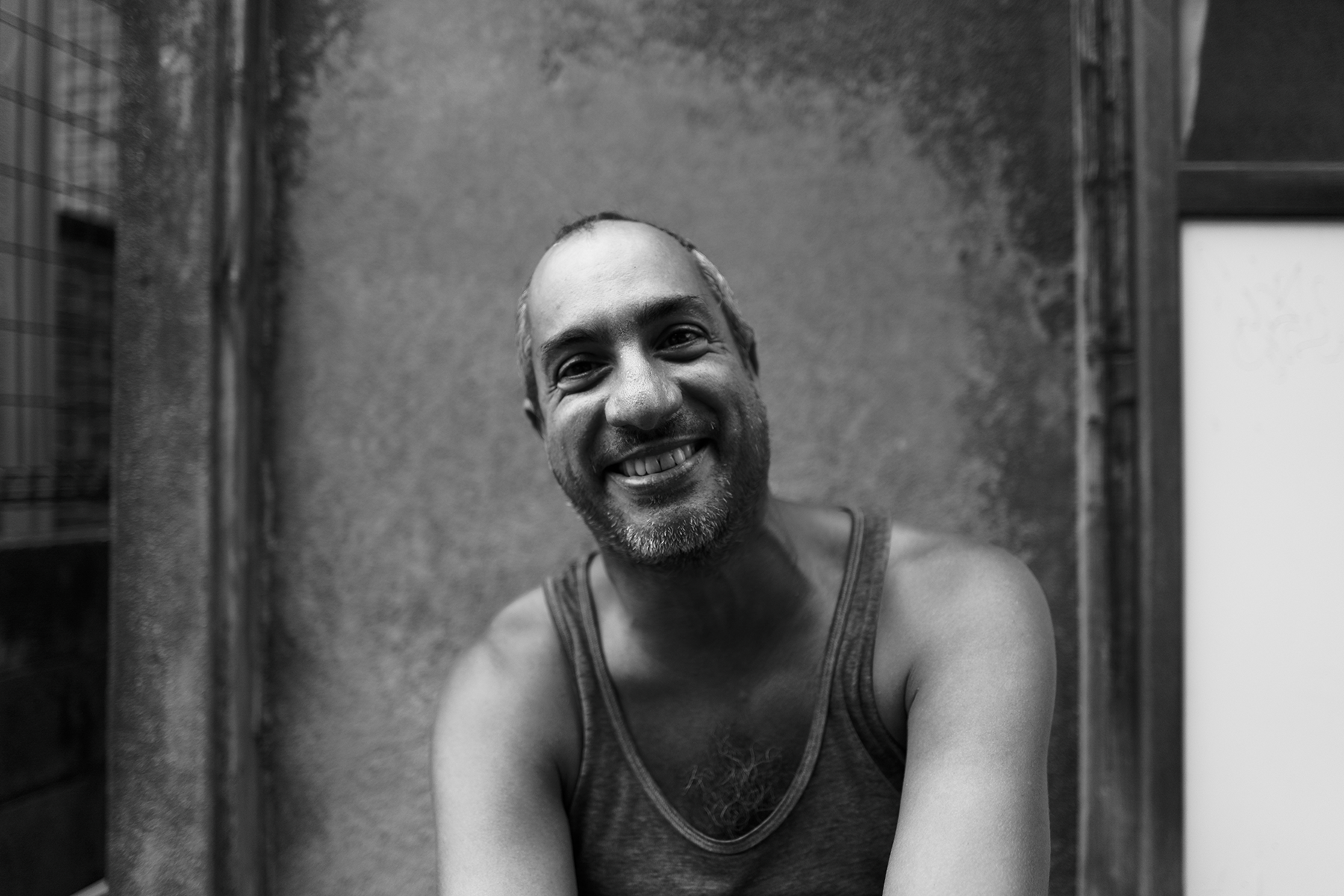 With this three-cut EP, Andy Vaz pays tribute to Choutsugai, a Deep House DJ-and-promoter crew who booked him for many years of Tokyo gigs. Inspired by the unit’s love for “No Fairytale Luv feat. Detroit’s Eva Soul on Vocals.” Vaz decided to put it out as red transparent vinyl for VAZ-UP-001The two originals Tracks were created at Deutztroit Studios in Cologne, with vocals by Detroit’s Eva Soul on all three and “No Fairytale Luv” receiving a charged remix treatment from fellow Detroiter Niko Marks.

We got the chance to sync up with Andy & hear about the latest release on  Vaz-Up. 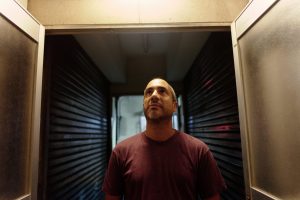 I was born in Düsseldorf, Kraftwerk City. But being born 1976, Kraftwerk wasn’t even on my agenda when i was growing up.I grew up on Hip Hop, before Techno kicked in locally, with going out and shortly after starting to buy House and Techno 12″ches. I got my first one’s and two’s not much later. Maybe around being 17years at the time. From then onwards, i quickly ended up in collecting and educating myself on Detroit and Chicago sounds. Started listening to it when I was 15 — I am 44 now. I came a long way. Not what you’d call a newbie to this anymore. I’ve been doing it professionally (meaning not working a job) since 2000. My First record was released in 2001 and i started my first Label: Background Records in the Year 1998 and i’m still doing it. Background just returned about a year ago and Yore has been releasing new music on Vinyl ever since. That goes for everything. The Labels, the DJ’ing and the Studio-Production. I’m here to stay. I think the music had such an impact in its early days! It was so strong on me, so raw and sexy and, yes, minimal — true minimal! I will always love that sound and I still am a heavy collector of US-flavoured house music. However, Yore’s approach is not to sound old — it’s not about that. We cannot ignore that we live in the now and make use of what’s possible now. But what what i am convinced of is, that soulful will never go out of style. Simply because it isnt a style or a genre. Its a feeling, something that touches you. However, It ain’t me job to tell people what they should listen to. If you’re feeling it, thats cool and if not, thats cool with me tooI´. ‘m not saying it in an arrogant way. What i am trying to say is, I know what i like and i have my very own understanding on what house music is all about. That’s what i aim to create in the Studio and i put it out there. Same goes for the Label (Yore Records). One it’s been pressed its basically done and i don’t think about it much, as i am already on to the next and we pretty much feel confident that the heads will feel it. We want to put out quality music that will stand the test and will be with you for years, just as my private record collection will stay with me forever! I am serious! I play my 12″s every day! It gives me a lot of joy, as simple as that and being in the studio and creating music too. All i can say is, that i simply cannot imagine not doing it.

2.) Tell about your new release on Vaz-Up and what made you start a new label away from Yore?

Vaz-Up is not a Label in the traditional sense Its more like a one off 12″ Project. I had some Tracks which i really felt and there’s a lot of reasons, why i didn’t choose to put it out on my own Yore Imprint. I dedicated the record to my Peeps from “Choutsugai”, a DJ and Promoter crew from Tokyo. They felt the Main Track “No Fairytale Luv” in its original version which is 3 years old so much, that there were a lot of talks over the years, if they wanna start a label, or do a similar project (a one-off 12″ pressing) for this specific Track. That never really came together and i always knew i wanted to put this out at some stage. The Track, featuring Detroit’s Eva Soul on Vocals, was really special to me and i had no rush. I just knew i will put it out, when the time is right. That all came together quite easily, when the Cologne Arts-Council decided to help funding the release. I then got Niko Marks from Detroit on board to do a remix for “No Fairytale Luv” in addition to another Track, which also featured Eva Soul (Vocals), which was recorded and produced around the same time (3 years ago). It all came together naturally in the end.

That is a tough one. I have heard (and collected) a lot of music. All Vinyl. Been buying records since i was 17. Naming 3 records is an almost impossible thing to ask. Anyhow. I’d stick with (in no particular order)
1. Robert Hood – Moveable Parts for its radicalism:
https://youtu.be/xcKn8xbSdXg
2.) Mr. Fingers – What about this love For its romance
https://youtu.be/gnbAEbkkD7U
3.) Theo Parrish – Lights down low – because its just sounds perfect to me.
https://youtu.be/y6jTSQHT4QE

4.) You’ve dedicated this EP to Choutsugai, a Deep House DJ-and-promoter crew who have booked you for many years to play in Tokyo. Tell us about your relationship with this crew and your experience playing in Tokyo.

Oh yeah. Those guys, whole Choutsugai Crew and their extended music circle, we are way cool with each other. They really know their stuff. They are way deep into the music, not just house music. All (mostly what we call black music) genres and they really dig deep. Playing at their parties over a period of many many years, means you know you gonna be hearing quality all night long – record by record, track by track. We go diggin‘ (record-shopping) together every day. EVERY day when i am in Tokyo. Usually 4-5 stores a day. Then we get drunk at night, talk stuff. Way beyond music, personal things. If one of the guys is suffering from a Brokenheart, the ending of a relationship or whatever else. I‘ll know and we‘ll talk about it. So they really have become my tokyo family. I have established very much similar Relationships with crews, promoters and DJ’s all over the world, so thats not even so unique by itselt.  What led to the record is more the fact, that when i created the song, i had them on my mind right away, once the track started developing. I let them hear it and they seemed over-excited about it. My man told me 2-3 years later how much the „no fairytale luv“ song touched him and that he must have listened to it hundreds of times over time. From then on we had many talks about maybe them putting it out vinyl, with a b-side by one of their crew members. That never happened in the end. Thats why i decided to make a move to put it out myself (they never pressed a record before and they never had a recordlabel.) as for me it comes natural to press something up, that i believe in. So based on all that said, i wanted to reference back to them with the Release by calling it „One for Choutsugai“. Even when i pressed it in the end, its also their record if You know what i mean.

5.) You’ve been on the deep house scene for a number of years now, what is your main motivation to keep going?

I love what i do and I think I can give my best, when I believe in what i’m doing.

6.) How have you been keeping busy during lockdown?

Thats without a doubt. Not travelling, playing, spending time at Airports and all that, gave me the chance to really focus on making music, like it hasn’t been the case for quite some time. I rewired my entire Studio, discovered a lot of old unfinished bits and pieces, which i had put aside over the years and i decided to continue working on. Stuff i probably would had forgotten about, if there wouldn’t had been all this extra free time.  I also went through use bits of my record collecting and discovered some real gems, i didn’t even knew i had. Or discovered the one or other B-Side, which got my head bumpin’.

7.) What else can we expect from Andy Vaz over the next year?

More music to come for Yore and others labels. Of course, also new stuff coming out on the Label by others. It feels as this has just begun.
For more info please check:
Artist Facebook: https://www.facebook.com/house.ofhope.5
Artist Soundcloud:  https://soundcloud.com/andyvaz
Label: www.yore-records.com