Interview: Addy “Trust me, the people in the higher positions are watching, and it’s very important never try to snake your way in, as hawks see rats and snakes from miles away.” 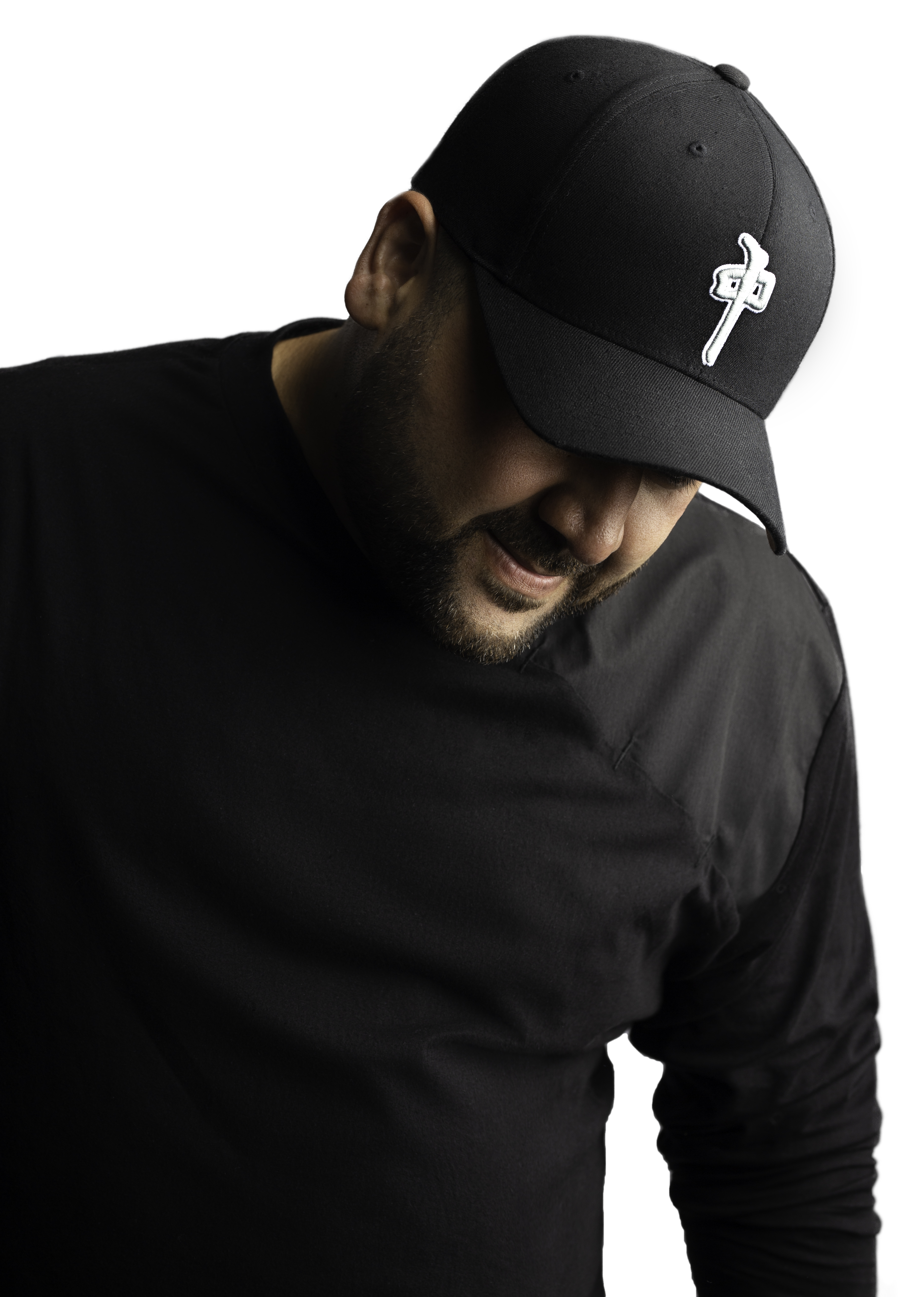 DJ/Producer Addy, is a musical veteran who has risen through the ranks of Toronto’s thriving underground scene over the years. His sound is defined by originality, creativity, exceptional technique, universal appeal and an uncanny ability to read a crowd, thrusting every dance floor into a euphoric frenzy. We had a chance to speak to Addy ahead of his set this Sunday, September 1st at the season finale of Electric Island in Toronto, and here’s what he had to say…

Evidently, your sound has developed over the years along with the electronic music genre. How would you describe your sound today? What elements from the past do you like to bring back and incorporate into your sets now?

It’s hard to describe my sound after all these years. We, local DJs, have to be somewhat of a chameleon and adapt to different rooms to be able to survive the Local echo system in a city like Toronto. Although I fit more into a House/tech-house genre for the most part, I’ve had to open and close for artists like Nicole Moudaber, where I had to switch into techno flavoured music but yet still keep the resemblance of my sound intact. There’s a good display of this on my Soundcloud. I’ve opened for guys like GUI Boratto to Will Clark where a significant amount of homework had to be done, to be able to morph with the headliner’s direction of music and essentially, the event’s overall music flow.

Playing with Ableton live has made changing colours in sound, somewhat easier and relatively exciting. It took me about four years to get my live arrangements and set up and organized, so I can deliver various types of music pretty much on the fly.

What makes me different from my peers, is a massive portion of my music will not sound right if played conventionally with two decks. My selection of tracks needs to be continuously layered and manipulated live. The most interesting part about my way of playing (I realized this over time) is even if I wanted to re-create a set from the night before, I wouldn’t be able to do so, as everything is happening live in an improvised sort of manner. There are times where I have 7 Channels playing at the same time and trying to re-create the effects, the timing of the loops, bass-lines and everything else that is happening during the live set, is a task that will take months to execute. So in a sense, pretty much every set of mine is unique and can never be duplicated.

Here’s what a typical set of mine looks on the back end, so as you can see, its not your mixing one track into another environment here: 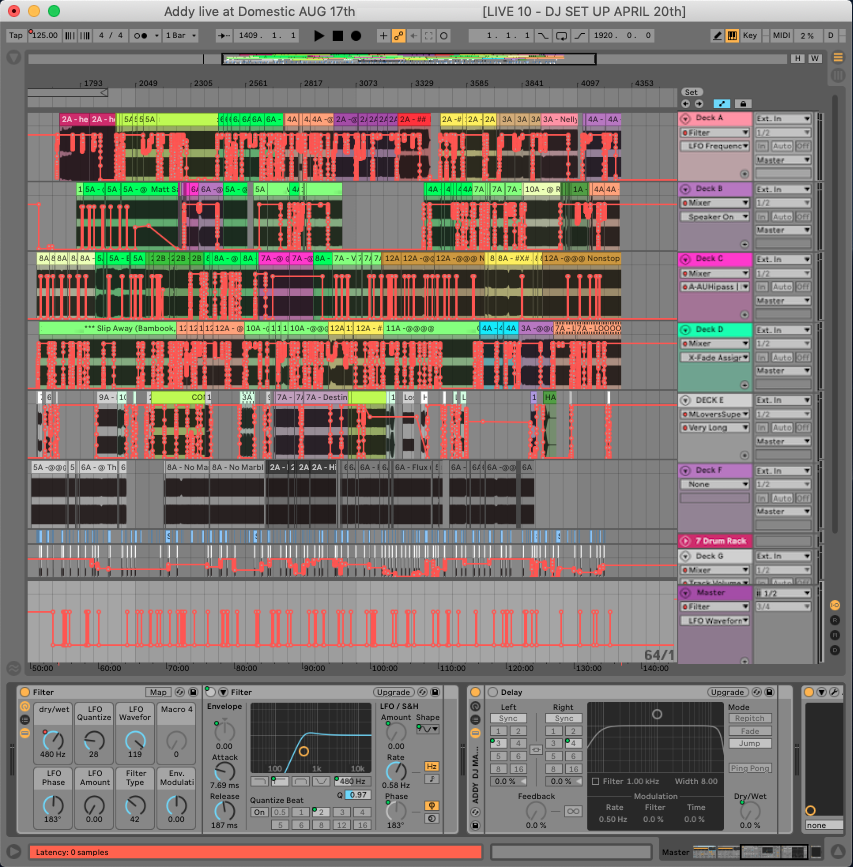 You are described as a veteran and a master in the craft of the underground electronic music scene in Toronto. What advice would give to up-and-coming artists that are just starting out?

Support the movers & shakers of the market, show your face, make sure all your social avenues IE: streaming accounts are fully functioning and presented right. Stop being shy and use your social media and display your hustle game. Trust me, the people in the higher positions are watching, and it’s very important never try to snake your way in, as hawks see rats and snakes from miles away. Lastly, here’s a perfect example of how “supporting” can go along way and put you in-forefront from the rest of the pack. I recently booked a guy for my Domestic brand by merely going to his Instagram account’s inbox and saw that he was at a few of my parties taking videos of me DJ-ing and fully engaged with the overall party back in 2018. That right there, showed me the guy supports us. His sound and on-line presentation was up-to-par so in turn, he got his chance to play his dream gig at CODA. It can be that simple. My biggest pet peeve, are guys constantly reaching to play some of my events and haven’t bothered attending and supporting any of them.

How do you read the crowd when performing a show? What are some characteristics of the room that you immediately catch during the first moments of your set?

In a room that I’m comfortable with (like coda), I generally walk right in, set up, take control and because of my comfort level in the space, I tend to grab everyone from the first track, take the floor and run with it. However, in rooms and venues that I’m not filmier with or haven’t played much in, I usually get there an hour early, walk around and study the crowd. Some of the signs I look for are general age group, dress Code (Yes dress Code) and reaction (or lack thereof) the crowd is giving off to the DJ playing before me. That pretty much puts me in the ballpark of what the crowd will react to throughout the night. Once on, the first 10 minutes, I play a few testers watching the floor’s reaction, and for the most part, I have everyone’s attention for the remaining portion of my set after that.

“In a room that I’m comfortable with (like CODA), I generally walk right in, set up, take control and because of my comfort level in the space, I tend to grab everyone from the first track, take the floor and run with it.” – Addy 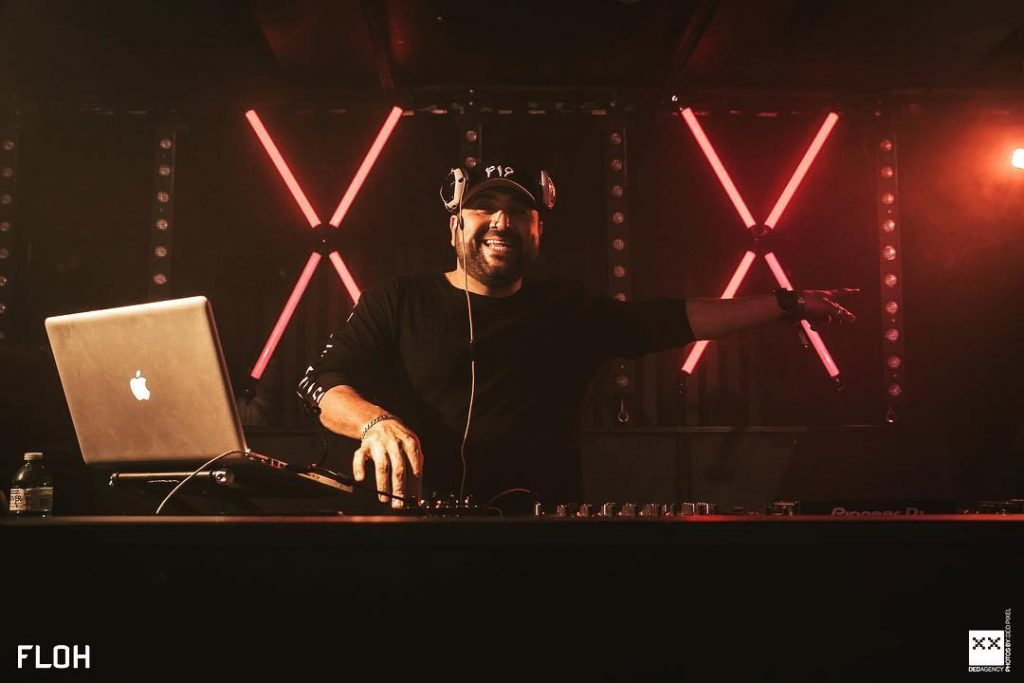 Once up a time, you were a resident at the infamous Guvernment nightclub in Toronto. How do you believe ‘The Guv’ shaped the Toronto music scene over the years? What is your favourite memory from playing at Guvernment?

The Guv was the place to be when it came to electronic music. Ink had the whole electronic scene on lockdown and rightfully so. If you and I had the opportunity, we’d do the same. A well-oiled machine with deep pockets and endless resources combined with a guy like Charles’s vision, turned that place into an experience you’ll never forget for the rest of your life. I know I won’t!

As for my fave memory, I was closing the Skybar at one of the infamous all-access long weekend parties at Guv. (I think it may have been Canada day). Picture this!!! Skybar at capacity, my tracks are literally playing themselves as the vibe in the room was on a serious high note, and then, it starts pouring! I’m talking “run for cover” type of downpour. I look up, and all I see is people’s hands in air, shirts were coming off, and no one was leaving. Security quickly walks up and tries to force me to shut it down, and I firmly resisted. It almost turned into a show-down between the bouncer (who I’m now friends with) and I right in the DJ booth. While all this was going on, Charles Khabouth got wind of this, walks into the  booth and considering the sheer number of liabilities that could easily sprawl  from that scenario (water & electricity generally don’t mix well), gives me the green light to play a few more tracks, and it ended up being one of the most talked-about sets of mine for years to follow.

You are playing at the season finale of Electric Island, on September 1st. What vibes can attendees expect from your set?

I honestly don’t know! I will be ready to deliver a-few different styles of music which I’ll determine once I do my walkthrough the crowd and feel out the vibe.

Be sure to catch DJ Addy at The Moog Audio stage on September 1st, alongside many other talents at the Electric Island Season Finale. Tickets are available for purchase here, and make sure to RSVP to the Facebook event for all of the latest updates. 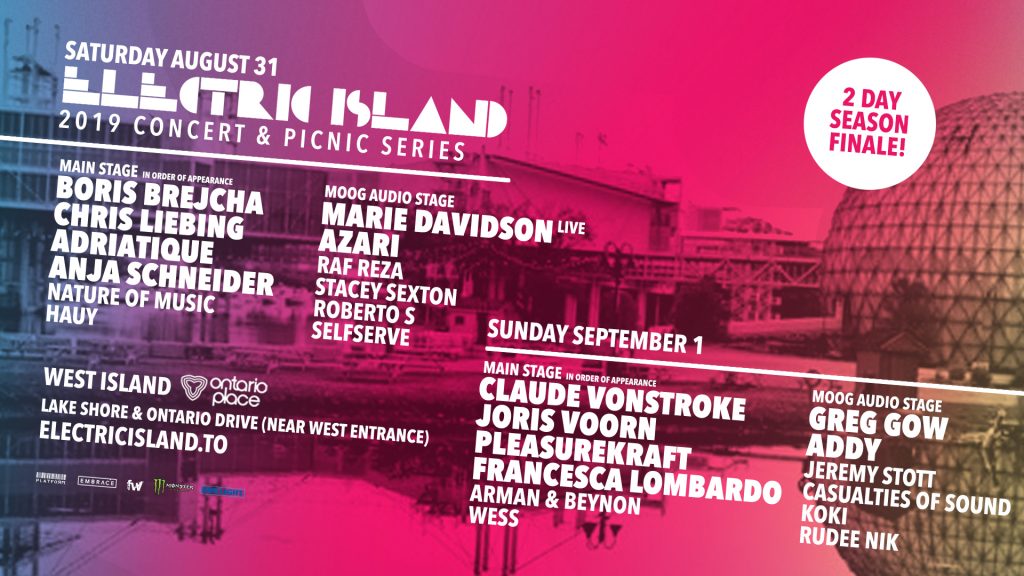